The Delhi High Court on Tuesday issued notices to the Central Government on two pleas seeking recognition of marriage of Transgender persons and lesbian couples. The Division Bench of Chief Justice DN Patel and Justice Jyoti Singh clubbed the petitions with a batch of pleas concerning recognition and registration of same-sex marriages in the country, posted for hearing on February 3.

The plea for legalizing marriages of Transgender persons has been filed by Zainab Patel, working as a Director (Inclusion and Diversity) at KPMG India. Patel also leads the LGBTQIA+ subcommittee of the Diversity and Inclusion Committee at FICCI, and is a member of the National Council for Transgender Persons

“The Union seeks to create classify men and women into two categories – “biological” and . Yet for the purposes of marriage, there is no intelligible differentia between the Petitioner and any other woman. The ability to procreate is not a condition of or for marriage under any law. Infertile couples can marry, elderly couples can marry, couples who have decided not to have children can marry.”

Patel submits that she and her husband/partner entered into a civil union in South Africa in the year 2016, before she transitioned, but despite her best efforts could not get the Indian government to recognize her civil union. “Like all persons, transgender persons aspire to form loving and committed relationships that are recognized and nurtured by society and by law,” the plea states.

It is contended that the Supreme Court has recognized the rights of transgender persons in NALSA v. Union of India and hence, today, the law ought to recognize her civil union. “A Constitution bench of the Hon’ble Supreme Court held that LGBT persons are entitled to all the rights and protections that the Constitution guarantees, on an equal footing with non-LGBT persons.

Their relationships are entitled to recognition and respect,” the plea avers. Reliance is also placed on Arunkumar and Anr. v. InspectorGeneral of Registration & Ors, where the Madras High Court recognized a marriage between a man and a transwoman under the Hindu Marriage Act.

The Union’s own Transgender Persons (Protection of Rights) Act, 2019 recognizes transgender persons in the gender of their choice, prohibits discrimination in matters of education and employment, and establishes the National Council for Transgender Persons, the plea avers praying for a declaration that the right to marry a person of one’s choice under Article 21 of the Constitution of India applies with full force to transgender and other LGBT persons.

A further direction is sought to declare that the provisions of matrimonial statutes including the rules and regulations framed thereunder, to the extent that they are construed as requiring one ‘male’ or ‘bridegroom’ and one ‘female’ or ‘bride’ for the solemnization of marriage be read as neutral as to gender identity and sexual orientation.

“All marriages between couples in which either one or both partners are transgender or gender nonconforming or who otherwise do no identify with the sex assigned to them at birth, may be solemnized under matrimonial statutes regardless of their gender identity and sexual orientation,” Patel prays.

The Bench also heard the petition filed by a lesbian couple, that claimed to have solemnized their marriage in Varanasi. The petitions have been filed through Advocate Shally Bhasin. Drawn by Advocates Arundhati Katju, Tara Narula, Aparajita Sinha and Tamanna Pankaj.

Note: This news piece was originally published in livelaw.in and used purely for non-profit/non-commercial purposes exclusively for Human Rights objectives. 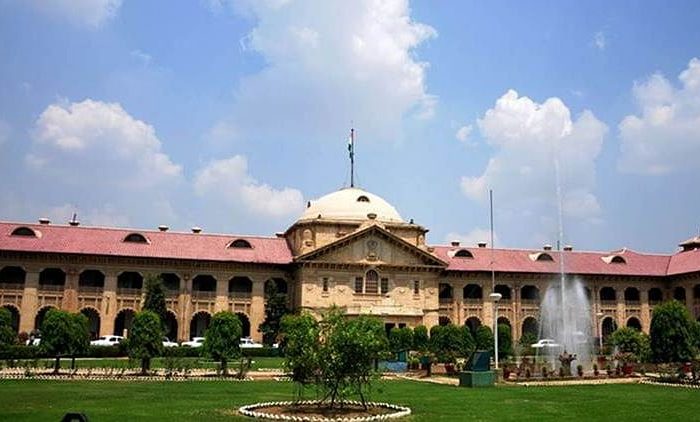