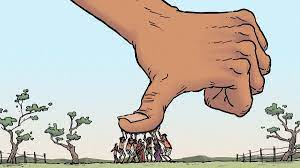 Gadag: A group of Dalits in Menasagi village of Gadag district is said have beenforced to eat cowdung by a group of people from an upper caste last week. Pundaleek Madar, a Dalit who works as a contractor, has filed a complaint at Ron police station saying he and his friends — Hanumant Dyamappa Madar and Ganesh Duragappa Devaramani — were attacked by 8-10 people from an upper caste. “They tried to put cowdung in our mouth and tried to tie us to an electric poll. They also threatened to kill us if we don’t leave the village,” he said.

Meanwhile, Ningappa Badami, a villager from the upper caste, has filed a counter-complaint saying Pundaleek Madar, Basappa Madar, Shekappa Madar, Hanumappa Madar, Ganesh Devaramani, and Bharamappa Madar attacked them (people from the upper caste) with sticks and also threatened them with booking an atrocity case. “When we resisted, they pushed us becasue of whuch two of us have suffered internal injuries,” he added. Ron PSI Chandrashekhar Yarakal said that both the cases were registered 2-3 days ago. “We are investigating the case, but no arrest has been made yet. Both the parties have orally said they have struck a compromise,” he added. Tnn 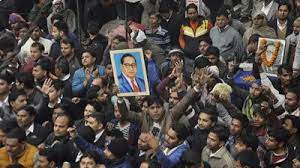 Rewriting The History Of Dalits And Lower Caste In Cinema 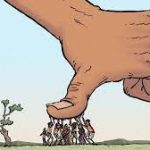