It is a fact that the majority of the people do not have much knowledge about the law, and especially the Constitution. Yet, today’s younger generation is becoming increasingly aware of its rights. One wished it would have been good if it was taught about the Constitution well in the schools.

The most troublesome thing, however, is that India is going to celebrate 75 years of Independence, and despite many achievements, the country is not yet free from untouchability, caste and gender discrimination. Atrocities on Dalits are increasing day by day.

Navsarjan Trust, Dalit Foundation and Dalit Shakti Kendra have been working together for many years in raising the knowledge of law among the deprived communities through education and awareness along with questions of violations of rights.

The Constitution has special importance in the life of the poor. Whatever rights they get, it is only because of the Constitution. Dr Babasaheb Ambedkar had to study sitting at the door of his class; this is definitely a matter of history, but today in government schools, Dalit children are made to sit separately from other children when they are served mid-day meal.

To understand the importance of the need for this new era, and to make people understand it, a programme to light lamps across the country was planned on November 26. Due to the hard work of a large number of activists of different civil society organisations, it became possible for more than 12,500 villages in 16 states of the country to celebrate this day in a special way.

While the girls studying at the Dalit Shakti Kendra made lamps with the message Samvidhan Shakti Yug (Constitutional Power Era), seeing these lamps, village children also made beautiful lamps with colour, which they lighted up. A boy from a poor family of Gujarat, who is getting popular these days because of his songs, presented a song composed by Jesingbhai on the day in his melodious voice.

In Purulia district of West Bengal, people took out processions in their villages with their music band and instruments. In Varanasi and Koraon in Uttar Pradesh, and Rewa in Madhya Pradesh, people donated rice, flour and vegetables in order to make arrangements for special community meal on the day. In some States, mass conferences were organised.

The kids were particularly very excited; they used origami art in order to express themselves. They made birds by folding pieces of paper in order to showcase a beautiful birds symbolising the basics of the Constitution. Altogether more than 67,000 children were engaged in making what they called “Constitution bird”.

Women participated by lighting the lamps. Many expressed the view that respecting Dr Ambedkar and the Constitution written by him is no less important than Diwali. About 20,000 pamphlets were published and distributed by making individual donations, enlightening people about the Constitution. Banners were displayed at different spots.

Meanwhile, preparations have begun to donate blood in large quantities on December 6. In his last speech to the Constituent Assembly, Dr Ambedkar had said that without fraternity, equality and liberty, there cannot be any democracy. It has been decided to hold a ‘blood-fraternity’ programme keeping in view that the greatest relationship is that of blood, for blood makes it possible to save lives.

Sarnath: Offering the first message given by Buddha at this place after getting enlightenment, activists organized 1,000 lamps at this place. Children painted mud lamps for the special celebration.

Ambedkar Circle: The central place at Varanasi city for all kinds of social gatherings, where activists organized 1,000 lamps for the celebration. In all, nearly 370 villages of Varanasi district participated in this programme.

Families of sanitation workers from 10 slum areas in Varanasi city took out candle rallies in the evening with traditional drum music. Essay competitions were planned for children.

Community people from 30 villages organized community meal, where people from all the communities joined in to celebrate the Sanvidhan Shakti Yug. Puppet shows and local cultural groups continued their programmes till late night. In all, about 330 villages of Prayagraj district participated in the celebration.

President of the Zilla Parishad of Jalaun issued a circular to all the members of Zilla Parishad with the appeal to celebrate Sanvidhan Shakti Yug by lighting lamps. He joined the main programme at the Ambedkar Circle where our activists organized 500 lamps.

A public programme was organized at the Deoria district headquarters in Uttar Pradesh by DP Baudh, 30 km away from Kushinagar.

Preamble of the Indian Constitution was prepared in marble stone to install at the statue of Dr Ambedkar at Sarni, Baitul district. The Buddha Vihar Samiti initiated this process after knowing the programme of the Sanvidhan Shakti Yug. Women members of the Sanghmitra Mahila Mandal participated in a shobhayatra and performed Buddha-Bhim songs. The place of the statue was decorated with lamps and a day long cultural programme was held, where Dalit women sang songs on the contribution of Dr Ambedkar for making the Indian Constitution a reality.

Rewa: Youths from 25 villages of Sirmaur and Teonther Tahsils of Rewa district took out foot march.

People from 10 villages of Jawa tahsil organized protest in front of the Panwar police station against inaction by the police with regard to the arrest of culprits in the case of threatening tribal youths after the celebration of Birsa Munda Birth anniversary.

Twenty villages of Jhalda 1 and Jhalda 2 tehsils organized a programme with music band and cultural programme. Community meals were planned in 15 villages. Public rally was planned at Koradih village.

Subodh Kumar Mahato, MLA of Silli constituency from Jharkhand, participatied in the programme at Gosaidih village of Jhalda tehsil of West Bengal. Holika led the process in her village.

In all 500 lamp were lit at the site of the Mahabodhi Vihar.

Children from nomadic tribe communities visited tehsil offices of Shirur (Pune) and Jamkhed (Ahmednagar) and placed their demand for better educational access by presenting lamps to the tehsildar.

Youths and women from almost 50 villages took out cycle and bike rally at Lutipahadi and Katras village of Baghmara tehsil of Dhanbad district, and community meal was organised in the evening after lighting lamps.

Public programme with 5,000 people from 10 districts was planned at Bhima Bhui Kalyan Hall, Sonpur by the Bahujan Manch and the Sanvidhan Sachetana Abhiyan.

Two public programmes were planned for celebrating Sanvidhan Shakti Yug. More than 1,000 people participated at Bundeli village of Mahasamund district on November 26, and 800 people at Daldali village of Kasdol district on November 27. People carried lamps. Community meal was organized through community donations received in the form of rice, vegetables and cash. About 2,000 copies of Preamble of the Indian Constitution were distributed to families and schools. 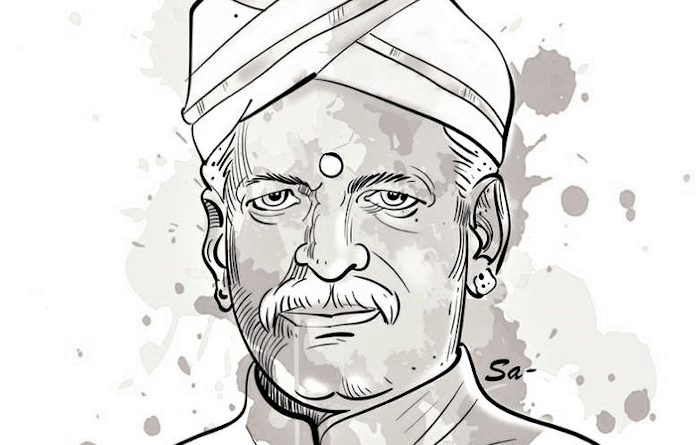 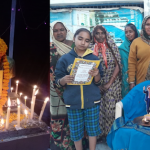