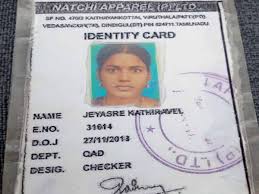 Jeyasre was killed by her immediate supervisor and her family and friends say that the reason it got to the extent of murder was that Jeyasre was a Dalit woman.

Jeyasre Kathrivel, a 21-year-old Dalit garment worker at Natchi Apparels in the Dindugal district of Tamil Nadu was found dead on January 5, 2021. The factory is owned by Eastern Exports, one of the largest suppliers of the brand H&M. According to the police reports, Thangadurai, Jeyasre’s immediate supervisor at the factory who confessed to the crime has been charged with abduction and murder, along with one other accomplice.

Jeyasre’s family suspects that she was raped but is still awaiting the forensic report. The police report states that the post mortem confirmed death due to strangulation. However, a copy of the post-mortem report does not mention the cause of death but states that the final opinion is pending. The local police officials refused to respond when questioned about the same, reported The Caravan.

On January 1 around noon, Jeyasre left for work as Thangadurai called and asked her to report to work. According to the police, Jeyasre was taken by Thangadurai to his friend’s house where the family suspects she was raped and later murdered by poisoning and strangulation. The family filed a case of a missing person on January 2. Jayasre’s body was found on January 5, in a wasteland in a nearby village in a completely decomposed state due to heavy rains at the time.

Tamil Nadu Textile and Common Labour Union (TTCU), a partner of Asia Floor Wage Alliance has been organizing workers at Natchi apparels and is providing support to Jeyasre’s family. According to a factfinding report by the TTCU, many in the factory and the village knew that Thangdurai had been sexually harassing Jeyasri for a while. Many workers also alleged that Thangadurai has a history of sexual harassment against several women at the factory. Jeyasre tried to report the harassment but no action was taken.

A 2019 report by Human rights watch found that sexual harassment, sexism, and pregnancy-related discrimination are rampant in the garment industry. The workers in this £1.9 trillion industry are mostly women from third world countries. Many of these countries do not have stringent laws to safeguard women from harassment and discrimination. The countries that have laws in place like India and Pakistan aren’t doing great either.

The TTCU report found that there were several instances of sexual harassment and violence at the H&M supplier factory – including namecalling, slut-shaming, bullying, beating, and assault. According to the report, workers believe that many factors have contributed to a large number of cases of gender-based violence in the factory, including “the lack of a well-functioning grievance mechanism for responding to sexual harassment (Internal Complaints Committee), lack of CCTVs within the workspaces, and the skewed gender ratio between supervisors and workers – where more than 90% of supervisors are men while 90% of workers are women.” The women workers of the factory say that they do not trust the ICC.

Eastman Exports paid Rs. 5 Lakh as compensation to the Kathiravel family and made the family sign documents to release themselves from any responsibility of Jeyasre’s death. The family and TTCU claim that the managers from the company brought a mob of 50 men to demand the family to accept the cheque and sign the documents. Jeyasre’s mother, Muthuakshmi Kathirvel, was taken to hospital after the incident, “I did not want to sign documents but they forced me to, threatening me and my family,” she told The Guardian.

The case has been covered by many international news outlets and critics of the apparel industry but failed to receive any attention from Indian media. Many critics pointed to the exploitation of workers and sexual harassment as the major issues in the industry but failed to address how caste played a major role in the murder of Jeyasre.

According to the police report, Jeyasre was in a relationship with Thangadurai and has been forcing him to marry her. Thangadurai who belongs to the dominant Gounder community wasn’t keen on marrying her and decided to kill her. “He fooled her saying he would marry her on 1 January and asked her to come to Ottanchatram by 8 pm that night,” says the police report.

The exact nature of their relationship is not known but Jeyasre’s family and friends say that the reason it got to the extent of murder was that Jeyasre was a Dalit woman. “Caste was the main reason. Why else would he have gone to the extent of killing her?” Jeyasre’s father Kathirvel told The Caravan.

S Abraham, the Dindigul constituency secretary of the Viduthalai Chiruthaigal Katchi told The Caravan that Jeyasre’s murder could be a case of ‘honour killing’.

“Jeyasre was a well-educated girl from the Dalit community and he was from the so-called ‘upper caste’ Gounder community. We heard that his marriage had been fixed within his own community and his family would never accept Jeyasre as she is a Dalit girl, so he decided to kill her,” he said.

“To dominant-caste men like Thangadurai, the stigma of being found in a relationship with a Dalit girl appears more damning than the consequences of murder. Even with so many laws, they don’t have any fear,” he added.

Another political observer from the region noted that men like Thangadurai might feel like they can commit atrocities with impunity because “nearly every position of power in the region is occupied by someone from his community.”

After an uproar by several critics, H&M said that they have launched an investigation into the case a month ago. It’s been two months since the incident but there is no news on the investigation from H&M yet. People are pointing to the irony that H&M was ranked the World’s Most Transparent Brand 2020 but has failed to address major workplace harassment issues plaguing their supplier factories. 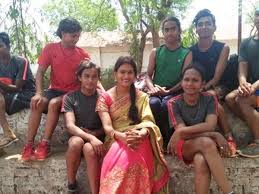 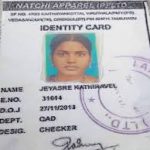