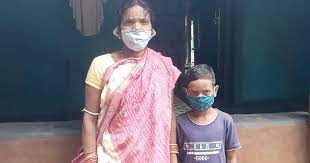 While more than 60 percent of Indian women are anaemic as they eat last and the least, rising hunger levels hit the marginalised most.

She was elated as she had taken a 30,000 rupees ($400) loan for the delivery. Since she was severely anaemic, her health complications prevented a normal delivery.

As a result, Majhi had to travel 60km (37 miles) to a government hospital in Bhawanipatna district, where she had a caesarean section.

All was well in the Majhi household for four days. But then the child died.

“I don’t know how to repay my loans, now the child for whom I took the loan is also not with me. They said they do not even know how he died,” she told Al Jazeera, wiping her tears.

Bhawanipatna’s district hospital doctors claim they also do not know how the child died.

But activist Roshnara Mohanty from Ekta Parishad NGO hints at malnutrition. She says access to forest is prime for tribal women and prevents them from being intergenerationally malnourished.

In 2009, Majhi left her Rampur village in Kalahandi to move to Madanpur Rampur town. She and her husband belong to the Kui-speaking Khond tribe, but were landless.

In 2020, India’s COVID-19 lockdown resulted in a tremendous collapse of livelihoods, causing an epidemic that India has been trying to fight off for decades: hunger.

Majhi’s husband, like countless other marginalised folks, lost his job in May this year while a devastating second COVID wave was at its peak.

Nisha, 30, who goes by her first name only, tells a similar story as her anaemia worsened in the last two years.

“I could not go to a doctor in the last few months even though I have an unbearable pain in my ribs – because I have no money. Only social workers have gotten us some help, we did not get any other ration,” she told Al Jazeera.

Nisha is a Dalit, a marginalised community that falls at the bottom of India’s complex caste hierarchy. She lives in a slum in New Delhi’s Shahdara area and works as a rag-picker. She recounts picking up at least one bag of biomedical waste every day during the peak of the COVID second wave.

On most days, she has crushing headaches, rib pain and fatigue that do not allow her to work. Yet she must work to support her children’s education.

‘What to do with just rice?’

Having to go back to unsafe work environments is a story many Dalit and Adivasi (tribal) women share.

The State of Working in India 2021 report (PDF) shows that 83 percent of women lost their jobs during the coronavirus pandemic, with 47 percent women and just 7 percent men unlikely to recover from the job loss.

Beena Pallical from the National Campaign on Dalit Human Rights says most marginalised women were pushed back into work that put them in unsafe spaces and made them susceptible to catch the virus.

But they had to do the work because the system works against them, she said.

“Dalit and Adivasi women die younger than dominant-caste women, and nutrition and health have always been a struggle for Dalit-Adivasi women. You throw in the livelihood crisis and the hunger crisis during the pandemic, and the effects suffered by marginalised women would be manifold,” she told Al Jazeera.

Studies show 56 percent Dalit and 59 percent tribal women are anaemic, while the national average is 53 percent. In 2016, India ranked 170 out of 180 countries where women suffer from anaemia. Dalit women die 15 years younger than the dominant-caste women, a United Nations study (PDF) says.

Dishanti Majhi, 25, is from Khaliamunda, a tribal village in Odisha state’s Kalahandi district. Dishanti, like many others in her village, is heavily dependent on forest produce. She would work in the fields and sell leaves of siali, a creeper with large leaves used to make plates. The government relief packages she got had only rice and flour, with nothing to supplement nutrition.

“I used to have rice and vegetables after I sold forest produce and siali leaves at the local market. That is closed now and I don’t have any way to make money or to buy produce. We are not getting any work as well. The government is only giving rice as relief, but what to do with just rice?” asked Dishanti.

“My children are at home and my husband is also out of the job. I work so much more now, at home and at forests when I can, but I am simply unable to eat like I used to two years back. I have gone to sleep hungry on many days, and on most days, I only have one meal so my husband and children can have more meals,” she added.

Women eat last as well as the least

Rajendran Narayan of the Stranded Workers Action Network and Hunger Watch says job losses have been disproportionate for women even in the informal sector.

“The caregiving and domestic work have also increased back home for them. Workload for them has increased but pay has decreased. Within homes, women are the last to eat and have the least to eat. A hunger crisis at home means women will automatically have less to eat,” he said, adding that the situation is particularly severe for pregnant and lactating women.

“We are looking at a crisis that may not be clear now, but will have such long-term effects on public health and nutrition that we have to intervene now.”

The federal government declared relief initiatives in March last year to mitigate the effects of COVID. The free food grains distribution to ration card holders was deemed insufficient because only rice and lentils were included in 2020, while the latter has been excluded now.

No such relief initiatives were announced during the second wave lockdown.

In Chhattisgarh state’s Kasdol, Kaushalya, a Dalit woman from a forest-dependent community, could not get access to mahua, harra and other leaves she used to sell. She said she was unable to make ends meet for her children.

Marginalised women have not only struggled to access subsidised or free food grains, but also cash transfers by the government.

“Many women I speak to claim they have been scared of catching the virus while going out to access banks for cash transfers, and many have not received their entitlements at all. Usually, there are conflicts with forest departments,” Rajim Ketwas of the Dalit Adivasi Manch in Chhattisgarh told Al Jazeera.

The rise in anaemia among pregnant women from the marginalised communities could also be attributed to the changes in cash transfers under the National Food Security Act (NFSA).

“The NFSA demands that pregnant and lactating women must be given a cash transfer of 6,000 rupees [$80] annually. The federal government subverted the NFSA and replaced it with Pradhan Mantri Matru Vandana Yojana scheme that reduces the amount of this transfer to 5,000 [$72],” said Narayan of the Stranded Workers Action Network and Hunger Watch.

The government’s budget for 2020-21 also drastically reduced the amount allotted to the scheme by 48 percent. A study (PDF) conducted in rural parts of Bihar state showed that 41 percent of households with pregnant or lactating women reported being unable to avail the ante- and post-natal checkups after the pandemic began.

Lakshmi Devi Bhuiyan, a 60-year-old Dalit resident of Barwadih village in Jharkhand state’s Latehar district, does not have any children to support her. She complains of constant headaches because of anaemia and other illnesses and looks weak.

Lakshmi Devi Bhuiyan says she does not have access to adequate nutrition, housing or healthcare at the age of 60, and continues to work as casual labourer [Dheeraj Kumar/Al Jazeera]

Bhuiyan and her husband were engaged in casual labour and do not own any land. Many elderly Dalit women have to continue intensive labour jobs well into their old age.

“Our house is almost falling. We did not receive any money sanctioned by the Modi government – no elderly pension, no 500 rupees [$7] support, nothing at all. We voted for him and look at us now,” she told Al Jazeera.

Al Jazeera reached out to the federal ministry of women and child development several times for a comment, but they did not respond.

Sylvia Karpagam, public health researcher and doctor based in the southern state of Karnataka, explains how a lack of nutrition has an intergenerational effect on women, especially those from the marginalised communities.

“When a young woman from a marginalised community gets pregnant, she is already malnourished because of her caste, class and gender disadvantages. The child is also bound to be undernourished even before she reaches the age of one. This continues well into adolescence,” she told Al Jazeera.

Karpagam says addressing the issue of caste is crucial to addressing malnutrition among the marginalised women.

“Accessibility to nutrient-dense foods can be reduced for families from marginalised communities … The fact is what the government is currently offering is inherently not enough for a person to access full nutrition. Eggs, meat, poultry, milk products are the first to go away from a person’s diet when they lose access to money, and these should be the government’s priority in relief,” she told Al Jazeera.

“Instead, the system continually propagates unscientific, harmful notions about vegetarianism, enforcing a dominant-caste, upper-class binary view on the issue of nutrition and health.”

Meanwhile, Ranjita’s troubles are far from over.

“I am afraid I won’t be able to keep my older child alive too. My husband and I don’t have any money to feed the family any more. What will my other child do? God only knows.”

Note: This news piece was originally published in aljazeera.com and use purely for non-profit/non-commercial purposes exclusively for Human Rights objectives. 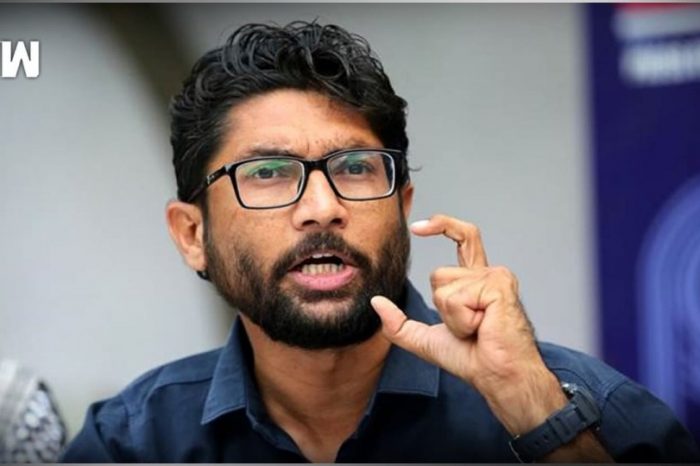 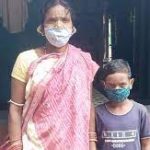