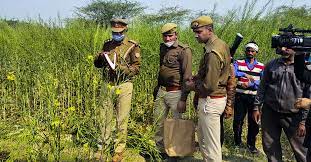 The body of a Dalit teenager was found in a sugarcane field in a village under Mitouli police station area on Monday morning. The family members expressed the possibility of murder in front of the police. But in the evening the police made a shocking disclosure.

SP Sanjeev Suman claimed that this teenager had hanged himself in a school building near the house. Fearing getting trapped, the family members put the dead body in the field, so that it seemed that someone else had killed him.

The body of Dalit teenager Anisa (16), a resident of Rasulpur village in Madhiya Bazar Chowki area of ​​Mitouli police station area, was found lying in a sugarcane field. Her mother told that Anissa had gone to the nearby village of Gorakhpur on Sunday evening to listen to the Bhagwat Katha. When she did not return late in the evening, the family started searching.

The mother of the deceased told that in the morning people saw her dead body in the sugarcane field. A rope-like black mark is being told on his neck. The relatives were alleging murder. On information, SP Sanjeev Suman, CO Abhay Pratap Mall, SO Sunit Kumar reached the spot and investigated. Forensic team also conducted investigation. The body was sent for post-mortem.

In the evening, the SP said that in the case of the death of the teenager, the family members revealed during the interrogation. The girl committed suicide by hanging herself. Fearing to be trapped themselves, the family members took off his dead body and put it in the field. The post-mortem report showed hanging as the cause of death. There are no other injuries marks on the body. 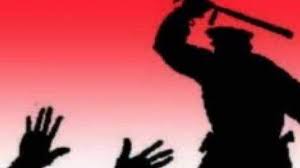 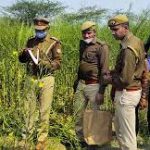