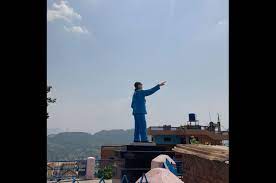 A few upper-caste families dominate Kumaon’s Bajeti village due to the lack of Dalit unity.

Uttarakhand’s Bajeti village is a paradox. Despite Dalits constituting the majority of the population, untouchability is widely prevalent in this Kumaon village—the paradox is starker considering the several statues of Dalit icon and the father of the Constitution, BR Ambedkar in the adjacent city of Pithoragarh.

Bajeti, which is well-developed with a big chunk of the Dalit population belonging to the service class and has received the benefits of being adjacent to the city, consists of a few tens of upper-caste households. “Here, 60%-70% of people from the Scheduled Caste community are in government services; the rest do private work. Only one or two families are engaged in traditional work associated with their castes,” says shop owner Vijendra Kumar.

Uttarakhand’s Dalit castes are mostly artisanal and have been historically segregated in villages by upper castes. Castes such as Ordh (stone mason), Lohar (blacksmith), Tamta (coppersmith), Dholi (musicians), Chamars (tanners) and Jamadars (cleaners), etc. are traditionally considered untouchables. It is starkly different from the plains of Uttar Pradesh (UP) and Bihar, where the attribution of untouchability to certain castes is based on the apparent polluting nature of their occupations, according to the Brahmanical notions.

“We still face discrimination and are not usually invited to functions of Devlals (Brahmins) and the Sethis (Rajputs),” says Chanchal, the only mason in the village. “The traditional occupation of the Ordhs has declined. All other Ordhs have switched to other occupations—some private, others government. I am the only one left constructing houses.”

Gangadevi, an old woman who belongs to the Lohar community, says that even if they are invited to a function, they are not allowed to have food. “They don’t drink water at our houses nor do we drink at theirs.”

Former gram pradhan Jeevan Lal laments the lack of progress of the Ordh community due to the subjugation by upper castes. “We have built the temples and the houses. Initially, priests ‘purified’ a temple after construction and barred our entry,” he says ironically. While such problems have been eradicated, untouchability and a general distancing between the upper and lower castes remain.

It is not that the Dalits haven’t fought the rampant discrimination. The history of their resistance can be traced back to British rule when the Tamta caste formed the Tamta Sudhar Sabha in 1905. Historian Anil K Joshi writes that the movement was accelerated when Dalits were denied entry to the coronation of George V in Almora in 1911.

Hari Prasad Tamta, an important leader of the Sabha, wrote about the discrimination that motivated him to work for the cause of the Dalits: “In 1911, in the ceremony commemorating the coronation of Goerge V (sic), myself and my brothers were not allowed to participate … I am extremely grateful to them because their action awakened me from slumber. Precisely due to such talks, I took it to my heart that I should elevate my brethren to such a height that others may not look down upon them but rather treat them at (sic) par.”

Tamta and his leadership were instrumental in forging Dalit unity as he expanded the Sabha into the Shilpkar Sabha by including all the artisanal communities.

Sudarshan Prasad Tamta, a veteran activist and former president of the Ambedkar Mahasabha working for the cause of the Dalits in Kumaon for more than 30 years, noted Tamta’s achievements. “He found discrimination among the artisanal castes—Ordh, Lohar, Tamta, Dholi, Bhul, etc.—with one caste claiming superiority over another. Till then, Dalits were only considered Chamars and Jamadars. But he observed that the Kumaon region’s Dalits are artisans and hence the term ‘Shilpkar’ was coined,” he points out.

The term ‘Shilpkar’ was legally sanctioned and many Dalits started to use it as a surname. The surnames ‘Arya’ and ‘Ram’ also gained popularity under the influence of the movement against untouchability and casteism led by the Arya Samaj.

Post-independence, under the leadership of Govind Ballabh Pant, the first chief minister of UP, the Shilpkar community was given the status of Scheduled Caste. The status has benefited many such as the Dalit middle class in Pithoragarh and Bajeti.

Sudarshan recounts the history of Dalit activism in Bajeti and its close ties to Ambedkar’s ideology. “A child born in our community has no clue about Ambedkar or his achievements. Maybe in his 20s, a person might discover Ambedkar’s ideology and spend the next 10 years studying and imbibing it. In such a situation, there is no reform,” he says adding that the “Dalit community is plagued with disunity and opportunism”.

Bajeti had a few Dalit families who were politically active and socially committed to the cause of uplifting their community. Gopal Ram Mistri was one such activist who provided free education to everyone had five sons who went on to start an emboldened Dalit movement in both Bajeti and Pithoragarh.

“These were great stalwarts of our times. Gopal Ram Mistri used to wear a turban and was never afraid of anyone. His sons went on to have the most politically active families in the region. They adopted the Ordh surname proudly,” Sudhakar said.

Mistri’s sons, especially Madan Lal, one of the first graduates in his community, were instrumental in forming the Ambedkar Mahasabha. His other prominent sons were Sohan Lal and Diwani Lal, popularly known as Diwani Boss because of his aggression against anyone who discriminated against Dalits.

Sudarshan, who was in his late 20s when he became the president of the Ambedkar Mahasabha, recalls that the organisation focussed on the extent of discrimination faced by Dalits and finding solutions, the establishment of Ambedkar statues and Vachanalayas (libraries) in several localities of Kumaon.

The Ambedkar Mahasabha succeeded in forging Dalits but Sudarshan says factionalism is creeping in within the community. “There are 19 BAMCEFs (All India Backward and Minority Communities Employees Federation) across Uttarakhand,” he notes pointing to the largest organisation of Dalit middle classes which played a prominent role in UP when Uttarakhand was not a separate state. “One of the first differences that I can remember manifested on the lines of being pahadi (hilly) or desi (local)— if one belonged to the mountains or the plains of UP.”

In the 90s, Sulekhchand, the president of one of the BAMCEFs in the 90s, was accused of being incapable of handling the affairs of the hill people because he belonged to Saharanpur. Other members pressed for leadership, “but neither he nor I backed down. It is pointless to indulge in hills-plains politics. What matters is if one is living by Ambedkarism and fighting committedly for the rights of Dalits,” Sudarshan says.

Sadly, factionalism is a reality with many educated middle-class Dalits seeming to own the movement. “These educated people are the reason for the disunity. Their concerns are wholly different from the masses. They want the luxuries while the masses are protesting for basic needs, such as the availability of rations,” Sudarshan adds.

The disunity has stoked discrimination, especially in the wake of Hindutva, as only the masses are fighting for rights. Karthik ‘Jaativinashak’ Tamta, the current representative of Bhim Army in Pithoragarh, says that he started opposing casteism as soon as he became aware of it. “I started using the term ‘Jaativinashak’ (annihilator of caste) as my middle name so that people clearly understand my goal.”

Karthik, who united around 150-200 people from the Dalit community under the banner of Yuva Bhim Morcha, adds, “After the horrific caste atrocity in Hathras, the need to mobilise Dalits in Kumaon was felt.”

Casteism is rampant in the remote villages around Pithoragarh such as Jagtar, Jilpora, Bhatuda, etc., Karthik notes. “Dalits in Lodhiyavihar and Samsera villages face water problems

solely due to casteism. Only the upper castes have access to sources of water due to the caste politics in the administration. The Dalits get water once in four to five days.”

Atrocities committed by the upper castes with impunity, according to Karthik, are not uncommon. “Since my childhood, I have seen casteism only increase—from my first experience of being called a ‘Dom’ to the present murders of Dalits in places like Didihaat and Champawat. A Dalit youth was bludgeoned to death for saying that he will vote for Congress, not the BJP, and another was stabbed. The administration didn’t act for three months. Justice was served only when we started a protest movement,” he says.

There has been a rise in caste violence in the state and one of the major reasons “are those who want to spread anarchy in society. Hindutva is a dirty drain that has polluted everyone. It needs to be urgently cleaned,” Karthik says.

Uttarakhand has witnessed brutal caste-based discrimination for decades. In the 1980 Kafalta massacre, 14 Dalits were burned to death by Thakurs in Kafalta village for taking out a wedding procession and not asking the groom to alight the palki as per the wishes of the villagers.

The writers are freelance journalists.

Note: This news piece was originally published in newsclick.com and used purely for non-profit/non-commercial purposes exclusively for Human Rights. 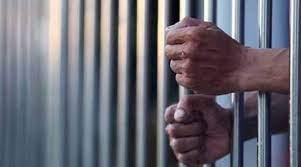 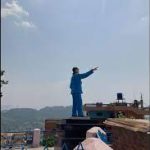