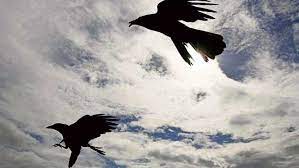 Running for barely 90 pages in a newly published English translation this month, Karya, a novella by Kannada writer Aravind Malagatti, packs in an entire universe. Set in a Dalit community in north Karnataka, the plot revolves around the third-day rituals involved in the last rites of a local woman. Bangaravva was virtuous in life, admired by neighbours of all stations, but her death sets off a storm in the community.

As the elders, family members and well-wishers proceed with the sacred fire and ritual food for the crows to the grave, a wind rises, fanning the flame and forcing Mallappa, the swarthy wrestler who is entrusted to carry it, to drop it in panic. Aside from the tragedy of death, this accident unleashes a graver crisis, as the elders chime in with their two cents about the inauspicious tidings that are bound to follow. In due course, a sexual scandal is revealed and deemed to be at the root of the bad luck. Over a night and day, the entire village is in turmoil over the rights and wrongs of the situation.

Susheela Punitha’s translation heroically rises to the occasion, grappling with the medley of Marathi, Urdu and Kannada words that fleck the dialect of the region. Her choice of retaining words and phrases in the original (with a glossary at the back) is one of several strategies for a translator, though it makes the reading experience choppy at times. Notwithstanding minor hiccups, the text is richly layered with meanings, much of it embedded deeply inside patterns of speech and actions.

Malagatti, an acclaimed and much awarded writer in Kannada, is also the author of the first Dalit autobiography in the language. As he explains in a note at the end of the book, the plot of Karya draws heavily from his own life, especially the incidents that unfolded after the death of his grandmother. Apart from the close attention to detail of village life, the poison of superstitions and prejudice that flow through it, Malagatti reveals with a consummate skill the many hierarchies that run in such social structures.

The power imbalance is not only acutely skewed between the upper and lower castes, but also experienced as painfully within the stratifications among Dalits. It’s not enough that the powerful Gowda must punish a lower-caste Dalit for sporting a lush moustache; among the Dalits, too, there is bickering and in-fighting to claim the title of village elders. Rampant drinking of toddy (even by children) and irregular access to subsistence add a grimness to their lives that is viscerally captured in Malagatti’s narrative.

Yet, even amid the poverty and violence, there are intensely humane moments. People take turns to massage the legs and arms of an infirm man deputed to hold the ritual tray in his hand through a merciless night of waiting. For fear of being fined by the elders of his own community, he dare not set the plate down on the ground. A woman, who is part of the crowd headed for the graveyard, is momentarily distracted by the sight of a buffalo she had lost a few days ago. A bunch of men, drunk out of their minds and full of false bravado, is reduced to a state of abject terror, with some wetting themselves, by the fear of ghosts in the graveyard.

In Dalit history month, with so many new books published on the subject, it is easy to miss a slim volume like Karya. But for all its relative brevity, the book implodes into a multitude of themes as the reader moves from page to page. It raises questions that challenge presumptions and received wisdom and provokes us to see fresh truths in all the beliefs and practices we have not questioned so far. 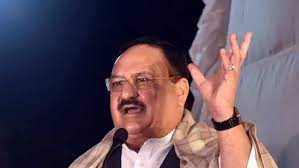 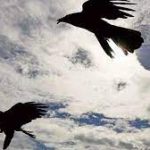