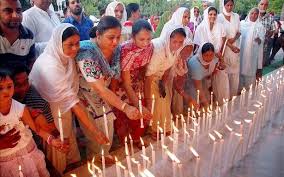 Bareilly: A five-year-old Dalit girl was allegedly raped and murdered by a 28-year-old man in a village in UP’s Budaun district on Sunday evening.

The girl’s parents were busy harvesting wheat crop and she was playing near the collected crop when the accused abducted her, said police.

Police said they arrested the accused, who hails from Uttarakhand and has recently come to Budaun to attend a ceremony, and were questioning him.

Meanwhile, a heavy police force has been deployed in the village to ensure peace and tranquillity.

Budaun senior superintendent of police Sankalp Sharma told TOI, “The accused was heavily drunk when we arrested him. The circumstantial evidence suggests that he has committed the crime. He is, however, not in a position to answer our questions. We have booked him under section 376 (rape) of the Indian Penal Code and appropriate sections of the Protection of Children from Sexual Offences Act and the Scheduled Castes and the Scheduled Tribes (Prevention of Atrocities) Act.” 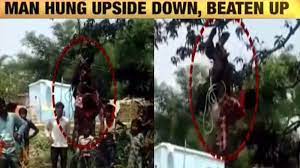 Minor ‘hung’ upside down from tree, thrashed by 3 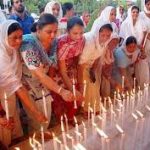