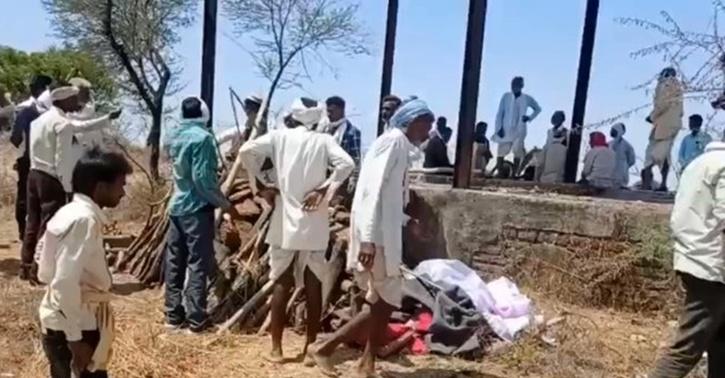 In a shocking case of caste discrimination, a Dalit family from Madhya Pradesh’s Guna was allegedly stopped by some people from performing the last rites of a relative on an elevated platform at a cremation ground.

The incident took place on April 29 in Chandpura village under Kumbhraj police station area, 62 km from the Guna district headquarters.

The family of 70-year-old Kanhaiya Ahirwar had taken his body to the cremation ground, on Friday but three persons from the village allegedly stopped them from performing the last rites on the facility’s platform.

The incident came to light after a video of it also surfaced on social media.

In the clip, a person was purportedly heard saying the family was not allowed to use the cremation ground’s platform for the funeral.

The family later performed the funeral on a land near the platform.

According to Kumbhraj police station in-charge Sanjeet Mawai, after the video went viral three persons have been arrested in connection with the incident.

The three men — Narayan Singh Meena, Rambharose Meena and Dilip Meena have been booked under provisions of the Scheduled Castes and the Scheduled Tribes (Prevention of Atrocities) Act.

Not the first time

This is not the first time such incidents have been reported from Guna.

In March 2021, a Dalit farmer was forced to delay his wife’s cremation for over 24 hours after upper-caste members refused to allow the funeral procession to pass through a land they had encroached on.

The funeral was held only after the authorities cleared the encroachment the next day.

A similar incident was reported from Agar – Malwa district in August 2021, where a family was forced to take off the funeral pyre the body of a Dalit woman after upper-caste men opposed it saying that the cremation ground was ‘reserved’ only for them.

The family was then forced to take the body to another cremation ground in the outskirts of the village.

According to the family, there are two cremation grounds in the village, but upper caste groups have forcibly taken possession of one of them and those from lower castes are not allowed to perform the last rites of their dead there, even though there is no official reservation.

Note: This news piece was originally published in indiatimes.com and used purely for non-profit/non-commercial purposes exclusively for Human Rights 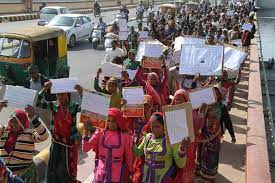 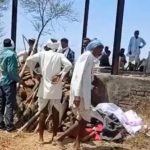