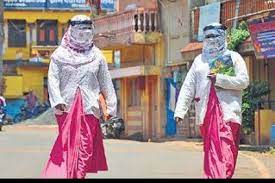 She complained to Tahsildar Santosh Kumar and Executive Officer Lakshmipathi, saying, “Some villagers from upper castes denied me entry into their homes.

DEVANAGARI:  An Asha worker was not allowed to collect water samples at Kananakatte village of Jagalur taluk in the district, only because she was a Dalit, though there is an outbreak of a mysterious fever here over the last few days.

The Asha worker, Sharadamma, was initially not allowed to conduct a larva survey and collect water samples. But later, with the intervention of the tahsildar and executive officer of the taluk panchayat, she was finally let into the village.

The larva survey is being conducted at the village, falling under the Anaburu Gram Panchayat, as the entire village is suffering from a mysterious fever. Sharadamma had to go into houses to collect water samples, but villagers objected saying she was a Dalit.

She complained to Tahsildar Santosh Kumar and Executive Officer Lakshmipathi, saying, “Some villagers from upper castes denied me entry into their homes. But I have to carry out my work as there is pressure from higher-ups. Because of their noncooperation, I can’t collect samples from houses.” Kumar told The New Indian Express, “We held a meeting with the villagers and requested them to cooperate with the Asha worker and there was a positive response. We’ve directed Sharadamma to carry out her work and also report to us about its progress.”

District Surveillance Officer Dr GD Raghavan said, “It is not a mysterious fever. The situation has aggravated as villagers have consumed over-the-counter drugs without prescription and taken treatment from quacks.”The village, till now, has reported six chikungunya and two dengue cases and the patients are being treated at the Mallapura primary health care centre, where they are recovering, he added.

The reason for the fever is the unhygienic and poor sanitary conditions prevailing in the village. There is also severe water clogging that is triggering a spurt in cases, he added. The Aedes aegypti mosquito that carries the chikungunya virus is breeding fast in freshwater stored in bathrooms, kitchens and other areas.

Asked about Sharadamma, he said, “It is the duty of the worker to collect water samples and send them for testing. We have requested the villagers to cooperate. Along with Sharadamma, we have deputed another worker and paramedical staff for the survey work.”

Note: This news piece was originally published in thenewindianexpress.com and used purely for non-profit/non-commercial purposes exclusively for Human Rights. 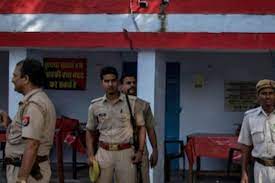 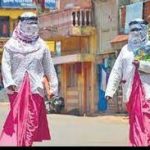