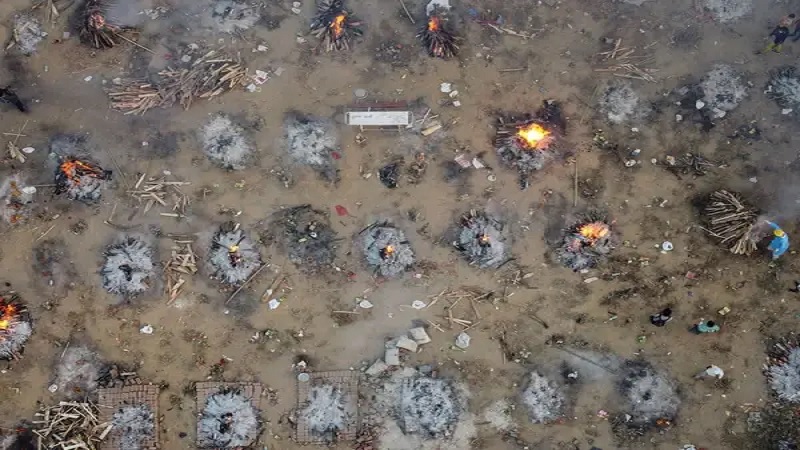 As the second wave of the coronavirus pandemic wreaks havoc across India, hospitals and cremation/burial grounds are being overrun. Meanwhile, the public health care system remains weak and unable to cope.

The Madras High Court has aptly described the grim situation, “We were lulled into a false sense of security to be hit by a Tsunami of infections now”.  Karnataka has been among the worst-affected states in March and April in India, with registering around 38,000 total cases as of May 3 and 16,000 deaths.

According to a News Minute report, the total number of actual deaths is much higher than what has been recorded by the government. The publication spoke to 6 crematoria and the managers of the Indian Christian cemetery burial ground and the Jumma Masjid Trust Board burial ground in Nandidurga and concluded that the actual toll of Covid deaths between April 18 to April 22 stood at 860 against the official figure of a mere 467.

SabrangIndia spoke to Chandu, a worker at the Kudlu Cremation Centre who said that he received roughly 310 covid bodies from March 1 to April 25. Kudlu is just one of the cremation grounds in the city that handles bodies of people killed by Covid in the city! Chandu said that the load has increased manifold and so they have been cremating only Covid bodies for the last three days. “The pressure is too much, we burnt 20 bodies on April 28, and 27 bodies on April 29. I feel sad,” he expressed.

Vinod, who works at one of the Covid designated crematoria in the capital city told SabrangIndia, “I too fear for my life now. There seems to be no end to this. Everyone is getting infected. Every day we see bodies just piling up. 30 bodies, 35 bodies, 40 bodies, when will this stop? These are the ones that reach government records, there are some who pass away at home, what about them?”

We tried to contact the Jumma Masjid Trust Board that manages the burial grounds in Bangalore city but there was no response.

Other districts in Karnataka are facing the same issue of under-reporting owing to miscommunication with government officials and lack of awareness about Coronavirus. Umar, a resident of Mangalore who volunteers with the Wellness Helpline for Covid related guidance, spoke to SabrangIndia at length about the facilities and the actual reality in Dakshina Kannada.

“I know 4 people who died of Covid yesterday in Mangalore. I know their names; I know where they live. But government data shows only one. I don’t think the difference between the actual death (in Dakshina Kannada) and government recorded death is a lot but we cannot completely rule out the possibility of discrepancy,” he said. He added that statistics also go missing as some patients don’t even make it to the hospitals. “If you die in a hospital, it should get reported, but there is no guarantee if you pass away at home,” said Umar.

With respect to facilities in the District, he said private hospitals are functioning well, but government hospitals are lagging behind. “Private hospitals have around 85 ICU beds with ventilators, but government hospitals have a total of only 35 ICU ventilator beds and they are all filled to capacity currently,” said Umar. This raises an alarm about the 36th Covid patient who might need ventilator support while approaching a government facility. He said not enough people are getting vaccinated due to shortage and ignorance. “People are still so scared of the virus and don’t understand the nature of it. But several volunteers are helping with awareness. More people will come forward to get their vaccine shots and hopefully the shortage issue will also reduce,” said Umar.

Owing to the less population in the District, Umar also said that he has not witnessed anybody complaining about oxygen shortage but added that availability of cylinders is a potential threat. “But wellness helpline has placed an order for cylinders from Chennai,” he added.

Mercy Mission, a coalition of more than 25 NGOs working round the clock to assist people with Covid related emergencies in Bangalore has been getting a deluge of cremation and burial requests. Ameen-e-Mudassar of Mercy Mission informed SabrangIndia about the ‘horrible situation’ in the city and the sudden rise in infections rendering people helpless.

Mercy Mission’s activities also include helping families with the last rites of the departed and the said wing goes by the name Mercy Angels. “Since April, we have been getting around 20-25 requests for burial/cremation but we can manage only 15 bodies daily. It is a sad situation. We send volunteers to hospitals and they pick up the Covid bodies and wait for 6-8 hours for one single slot outside cremation grounds. For burials, our volunteers don’t have to bury the body themselves but instead, hand it over to the people working there. But the handing over process takes a lot of time since there are always 6 to 8 people in queues,” he said.

Not completely sure about the definite numbers, Ameen said there are around two cemeteries for Christians, five to six burial grounds for Muslims and seven cremation grounds in Bangalore. “In addition to all this, close to 23 open air cremation grounds have been constructed on the outskirts of Bangalore but there is still not enough space,” he added. According to an Indian Express report, at one of the open crematoria at Tavarekere (that became operational on April 28) over 50 cremations were conducted on May 1 and May 2.

Clearly perturbed about the current scheme of things, Ameen also told SabrangIndia that the worst hit are old citizens whose children are abroad. “Some people are so helpless; they cannot even bid farewell to their loved ones in a dignified manner because they fear the virus. They are abandoning cremations and burials,” he said.

In the month of April alone, they have received close to 50,000 distress calls for oxygen, tests, medicines but due to lack of enough resources and volunteers they could manage to entertain only 10,000 calls. For normal hospital beds, they have recorded around 5,000 calls and could manage to get only 200 beds for Bangalore residents. “There are no ICU beds, we have given up,” he said.

The crematoria and burial grounds are so overwhelmed with bodies that some have to be sent back to mortuaries at the hospital. A staffer at Victoria Hospital, which has a 48-cabinet mortuary facility, told Indian Express, “The mortuary had about 40 bodies earlier this week, and on average there are at least 25 bodies each day in the second wave.” In cases of accidents where the deceased person remains unidentified, the hospitals preserved the body for 3 days. But with the sudden pressure of Covid deaths, the hospital staff is telling the police to get autopsies done within a day to ease the pressure.

According to the Times of India, the positive cases are also being under-reported. Many people in Bangalore who are testing positive are not making to the state’s official data. TOI explained that for example, on April 27 three residents of Bangalore were given P (numbers 1464777, 1455336 and 144206) but these numbers were not in the April 28 state bulletin. Eleven individuals who died of Covid and were listed under fatalities in the April 27 bulletin, had P numbers that were way beyond Karnataka’s covid tally of 14,00,775. P numbers of Patient numbers reflects the total number of people infected with coronavirus.

A Bangalore resident (who requested anonymity) told SabrangIndia about the desperate need for beds in the city. He said, “My mother is a nurse in one of the designated Covid Hospitals in Bangalore. The issue here is non availability of beds. They are now having to send patients away.” As we tried contacting Victoria hospital, the largest public hospital in the city, they confirmed too that there are no ICU beds available.

The Karnataka High Court observed the same difficulty of dearth of beds, and directed the State to substantially increase hospital beds in Bengaluru as well as in those districts where there are more than 5,000 active Covid cases in April. According to a Bar & Bench report, the court termed the situation “quite alarming”. But the problem appears to persist. According to government’s updated list, there are only 35 ICU beds available in Bangalore for Covid patients.

The infrastructure is stretched thin. Hospitals are facing oxygen shortage and if not oxygen shortage, cylinder shortage worries people. A member from Karnataka’s Covid-19 Technical Advisory Committee told The Caravan, “In very big hospitals…there is a liquid oxygen system and oxygenators, so an oxygen-generating system is in place, but in smaller hospitals and nursing homes, we are finding that there is a definite shortage.”

On May 3, The Times of India reported the death of 24 Covid patients in Chamarajanagar, 175 kilometres away from Bengaluru, after the government district hospital ran out of oxygen supply on May 2. The Yediyurappa government has reportedly convened a meeting to probe the reason behind this tragedy and on the other hand, Congress leader Rahul Gandhi reacted to this by tweeting, “Died or Killed?”

Dr. Prasanna of Pristine Hospital has raised concerns about oxygen scarcity and was quoted saying by the IE, “Our regular oxygen supplier said he ran out of stock and could provide only one cylinder in place of four yesterday. Even though the State Drugs Controller and his team worked all night with us to get supply back on track, we had no choice but to pay thrice the normal amount to get oxygen from other vendors.”

But the Health and Medical Education Minister, K Sudhakar, has refused to accept any shortage complaints and urged people to not panic. On April 18, he had tweeted, “There are 7 medical oxygen production plants in Karnataka with a daily production capacity of 812 tonnes, while the medical oxygen utilised on Saturday was about 272.61 tonnes.”

With the aggressive second wave witnessed in the month of April that might peak mid- May according to experts, it is difficult to forget the apocalyptic images of death and suffering around us. ICU beds are filled to capacity, there is no space to bury the dead and volunteers and medical staff are overwhelmed. 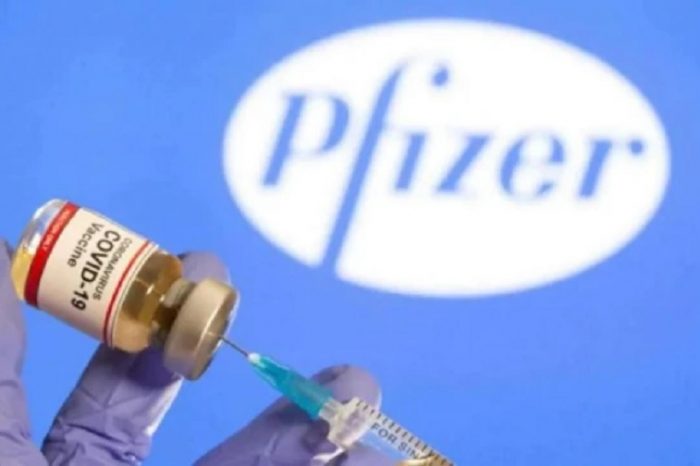 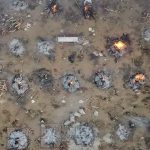