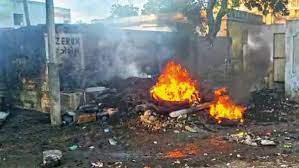 Meerut: Over four years after violent Dalit-Thakur clashes at Shabbirpur in Uttar Pradesh’s Saharanpur district, the special SC/ST court has issued summons to the secretary, Union ministry of social justice and empowerment; secretary, National SC/ST Commission; chief secretary and DGP of UP, the director and chief secretary of the social welfare department, the district magistrate and the senior superintendent (SSP) of Saharanpur for not providing adequate compensation Dalit victims and the kin of the dead. The Saharanpur MP, Haji Fazlur Rehman of the BSP, has also been summoned.

This came after the petitioners — victims of the caste violence — alleged that these authorities violated the Scheduled Castes and Scheduled Tribes (Prevention of Atrocities) Amendment Act, 2016, which provides for a range of compensations to Dalit victims of caste violence. These compensations, in the form of jobs, funds, rations, homes, etc, have not been provided to 56 victims of the Shabbirpur violence, the petitioners had said.

On May 5, 2017, clashes broke out between Thakurs and Dalits that left one person dead and scores injured in Shabbirpur. Later, 56 houses belonging to Dalits were torched. The violence erupted after Dalits objected to the playing of loud music during the Maharana Pratap jayanti yatra taken out by Thakurs.

Petitioner Dal Singh said, “As per the 2016 SC/ST Act, each Dalit who suffered during the of Shabbirpur violence would be entitled to Rs 8.25 lakh compensation. But they were given only Rs 3 lakh. They are also entitled to Rs 5,000 monthly pension, for which a committee was set up by the district administration and budget for the same was sought from the state government, but the approval is still pending. The Act also provides for free education of children of the victims up to the graduation level, apart from providing farmland, employment, etc. But even after four years of the clash, we are waiting for all these. It is a gross violation of the Act?”

The victims’ lawyer, Raj Kumar, said, “The Dalit victims have acknowledged that they received a compensation of Rs 3 lakh each from the district social welfare department. Sections under which the FIR was then filed and the charge sheet by police also had sections 395 (dacoity) and 307 (attempt to murder) of the IPC apart from other sections, including relevant ones of the SC/ST Act. These are more than enough for them to qualify for all compensation provided by the Act. Violation of this Act is a serious offence and, hence, summons were issued.” 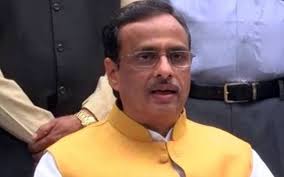 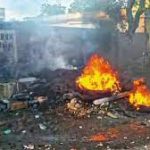