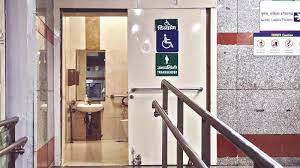 There are no separate toilet facilities for transgender people, they have to use male toilets where they are prone to sexual assault and harassment, the plea said.

NEW DELHI: The Delhi Government has told the High court that the state is making all possible efforts to ensure the creation of separate toilets for the use of transgender people adding that the task will be completed on a fast track basis.

The submissions of the Delhi government counsel came during the hearing of a public interest litigation (PIL) that sought directions for separate public toilets for transgender people.

After taking note of the submissions made by its counsel, the bench of Justice Satish Chander Mishra and Justice Subramoiumn Prasad granted the state government six weeks to file a fresh status report on the construction of new toilets for the use of transgender persons.

The Court listed the matter for November 14, for a detailed hearing.

According to the recent status report of the Delhi Government, as many as 505 toilets meant for Persons with Disabilities have also been designated for the use of Transgender people.

The Status Report further revealed that nine new toilets for the use of Transgender persons have already been constructed and the construction of 56 more toilets solely for Transgender/Third Gender persons is underway.

The Delhi government also filed a detailed chart furnishing minute details with respect to the separate toilets for Transgender persons.

The Delhi High Court had earlier sought a response from the Centre, Delhi Government, Civic Bodies and others on a Public Interest Litigation (PIL) seeking direction to respondents to take necessary actions for building separate washrooms for transgender people.

The plea further sought direction to maintain the hygiene of the washrooms, so that every citizen of India gets equal rights and facilities for accessing the basic things, needed for a standard living.

The petition sought proper implementation of the Transgender Persons (Protection of Rights) Act, 2019 which criminalises the discrimination against a transgender person in education, employment, healthcare, movement and right to reside.

The plea further stated that the Centre has released funds but there are still no separate toilets for the Transgender/Third gender community in Delhi.

Mysore, Bhopal and Ludhiana have already started taking action on the matter and have built separate public washrooms and that Delhi was still nowhere in taking such an initiative, it added.

There are no separate toilet facilities for transgender people, they have to use male toilets where they are prone to sexual assault and harassment. Discrimination on the ground of sexual orientation or gender identity, therefore, impairs equality before law and equal protection of law and violates Article 14 of the Constitution of India. They don’t even have any remedy available for the same as there are no provisions in the IPC,1860 that protect transgender people from sexual assault by any male, female or another transgender person, the plea read. 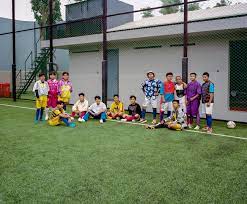 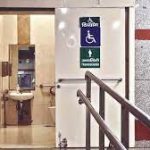