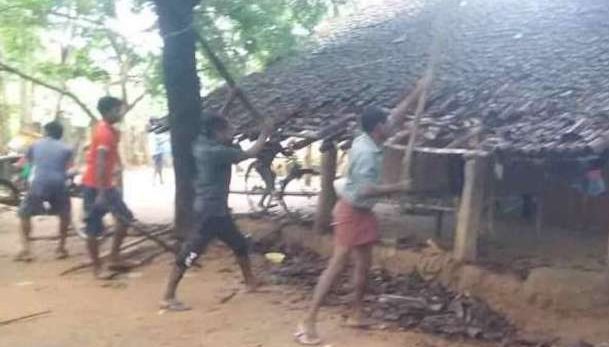 The bodies of three Tribal sisters were found hanging on a tree in Khandwa, Madhya Pradesh. Villagers of Bhamgarh informed the police that on Tuesday they saw the girls hanging from a tree at around 11 pm. The police reached the spot and recovered bodies that were later sent for postmortem. The superintendent of police Vivek Singh in his talk to the media said that the incident seems to be a suicide, however, a probe is underway. The former Chief Minister of Madhya Pradesh, Kamalnath also demanded an impartial investigation of the case. He also asked the state government to provide financial assistance to the family of the deceased.

Not so long ago when a tribal woman was burnt alive in the Guna district of Madhya Pradesh who couldn’t survive her injuries. It sparked a wave of rage against the government for failing in providing protection to one of the most marginalized communities.

India elected its first Tribal president that also a woman. The government of India was highly lauded by mainstream Indian media for nominating Draupadi Murmu as a presidential candidate. They were not tired of praising Prime Minister Narendra Modi’s one more Masterstroke. The country created another history by electing Murmu as the 15th president of India, however, the question remains unanswered, will this move improve the plight of the Tribal community in the country? Or would Murmu also remain another mouthpiece of the Government of India? If we look at history, neither did the situation of Muslims improve while APJ Abdul Kalam was president, nor did Dalit society progress in the tenure of President Ramnath Kovind. With assuming Draupadi Murmu as a ray of hope to the Tribal community- a glimpse of the atrocities against Tribal people in the state with the largest Tribal population in India.

Recently, in the Guna district of Madhya Pradesh, a 38- years old Tribal woman, Rampyari Bai was burnt alive on her farm by the culprits in which the woman got burns up to 80%. She was referred to Bhopal for treatment in critical condition where after 5-days of battling between life and death, Rampyari Bai succumbed to her injuries. According to Rampyari Bai’s husband, Arjun- he saw culprits running away in tractors with their families when he was going to the farm. Arjun found his wife, Rampyari Bai in a burnt state on the farm itself. Her clothes were charred. Police filed an FIR and have taken the accused into custody.

The video of the incident went viral on social media where a woman can be seen running in burnt condition and the accused are shooting a video of the burning woman.

The dispute was over 6 bighas of land. The accused had encroached on tribal people’s land. They were ploughing it. When the woman heard about it she ran to the farm and there she was burnt by the accused by pouring diesel. Arjun alleges that they received death threats and had already filed a complaint on 23 June 2022 but the police didn’t take any action.

A couple of weeks ago, in another incident, a tribal woman was publicly beaten and shamed on suspicion of having extra-marital affairs. The woman was later garlanded with shoes. She was also forced to carry her husband on her shoulders and paraded throughout the village as a punishment for an alleged crime. This shameful incident took place in the Devas district of Madhya Pradesh. The police came into action after a video went viral and arrested 25 people including the woman’s husband. It is important to note that the issue came to light when the BJP-ruled state government is being criticized for failing to protect the tribal people.

The NCRB data push to hold the state government accountable because Madhya Pradesh, the heart of India is the state with the largest tribal population which makes it more worrisome. Social activists say that the National Crime Report Bureau data has exposed the government to its hypocrisy regarding Tribal welfare.

In another shocking episode in March 2020, a tribal girl was harassed and molested by a mob of men in a broad daylight in Alirajpur, Madhya Pradesh. People kept making videos but nobody came ahead to the girl’s aid. The Chief Minister of state who gave the slogan of Beti Bachao, Beti padhao (save daughters, educate daughters) remained silent on these incidents. The silence exposes the government’s hollow claims of Tribal development.

Prime Minister Narendra Modi was in Bhopal, Madhya Pradesh on 15 November 2021. He was speaking on the occasion of the birth anniversary of Tribal leader and freedom fighter Birsa Munda. The BJP-led central government had decided to celebrate Janjatiye Gaurav Divas on this occasion. Prime Minister Narendra Modi gave tribute to Birsa Munda by remembering his sacrifice and incredible contribution to the nation. The PM also appreciated the Tribal community for their contribution to national welfare.

At the same time, PM Modi didn’t miss taking a jibe at the Congress party. Prime Minister said that the previous governments ignored the tribal community by not providing them with development opportunities. Narendra Modi also mentioned the Tribal welfare policies and schemes launched by his government. However, despite talking so much about the Tribal people, Prime Minister Narendra Modi still missed speaking on Tribal atrocities. His silence this time indicates Murmu is another Jumla (statement) for the NDA government.

Note: This news is originally published in millattimes.com Published for the purpose of sensitivity and awareness towards human rights. 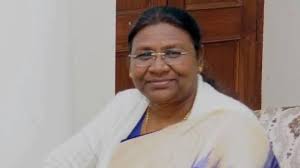 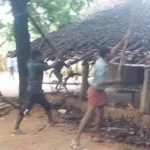