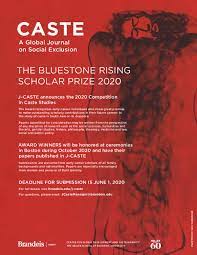 The editors of CASTE: A Global Journal on Social Exclusion – Brandeis’ only peer-reviewed academic journal – have revealed the winners of this year’s Bluestone Rising Scholar Prize in a March 23 announcement by joint editors-in-chief Laurence Simon and Sukhadeo Thorat.

The competition encourages early career scholars to pursue research into issues of caste and other social exclusions in South Asia or around the world. The 2021 winning papers, which demonstrate scholarship at a level rare in early career academics, were selected in a double-blind review process.

The winners are Anurag Bhaskar, assistant professor at Jindal Global Law School, for his paper titled “Ambedkar’s Constitution,” and Indulata Prasad, assistant professor of women and gender studies at Arizona State University, for her paper titled “Caste-in Space: Mapping Dynamics of Untouchability in Rural Bihar, India.” Both papers will appear in the forthcoming issue of J-CASTE, available via open access through the Brandeis Library. Q&As with both winners are below. 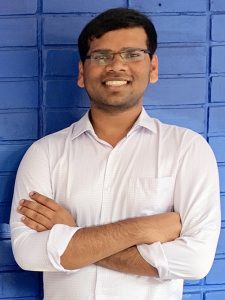 “These young scholars are clearly on their way to doing something very important on caste studies and the broader field of social justice in their careers,” says Simon, a professor and director of the Center for Global Development and Sustainability at the Heller School. Both of the winning papers focus on key aspects of Dalit history and identity (“Dalit” refers to peoples previously known as “untouchable”).

Simon notes that Bhaskar, who is the first Dalit person to graduate from Harvard Law School, wrote a “pathbreaking paper, an original and careful analysis of Dr. B.R. Ambedkar’s influence on India’s constitution.” Ambedkar, a prominent Dalit jurist and politician, was perhaps best known for leading a social movement against caste discrimination and is often referred to as ‘the father of India’s constitution.’ 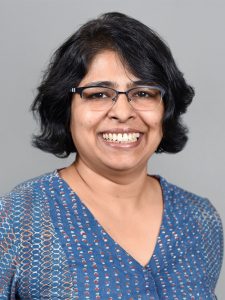 Of Prasad’s winning paper, which borrows social mapping techniques commonly used in international development, Simon says “she used a brilliant application of mapping to elevate the voices of Dalit women and document the compounding psychological and economic oppressions that they deal with.”

Plans for an award ceremony have been postponed due to the pandemic. The journal hopes to schedule an in-person event to honor the awardees and present them with the Bluestone Medal as soon as public health circumstances permit.

“‘Clearing of the Ground’: On Ambedkar’s Method of Reading” by Ankit Kawade, a Master of Philosophy candidate at the Centre for Political Studies, Jawaharlal Nehru University, New Delhi, India.

“Caste, Reading Habits and the Incomplete Project of Democracy in India,” by Subro Saha, a PhD Fellow (pursuing) at the Institute for Cultural Inquiry, Utrecht University, Netherlands.

Q&A with winner Anurag Bhaskar on his paper, “Ambedkar’s Constitution”

What inspired you to submit this paper for consideration to the CASTE Journal?

The CASTE Journal has created a space for scholars from various disciplines to present their work on issues related to caste to a global audience. I am inspired by this commitment of Professor Laurence Simon and Professor Sukhadeo Thorat, the joint editors of CASTE. At the same time, I thought of bringing the lived experiences of Dalits to a global audience. Dalits live the Constitution every day by challenging the social system of graded inequality, and I am inspired by this struggle of my community.

How does this line of scholarly inquiry fit into your current work at Jindal Global Law School?

The Indian constitutional law discourse does not cover the issues of Dalits (ex-untouchables), Adivasis (tribals), nomadic and de-notified communities. While one can find scholarship on race and law in the United States, a similar scholarship on caste and its intersection with law, especially the Indian Constitution and courts, is missing in India. As a trained lawyer turned academic, it has been my attempt to center the lived experiences and voices of Dalits, Adivasis and other marginalized communities in the legal discourse. My article in CASTE journal is an addition to this line of inquiry.

What do you hope the readers of your paper will learn about Ambedkar’s Constitution?

My paper deals with two interconnected social phenomena. Firstly, it is because of Ambedkar’s vision that the Indian Constitution rests on foundational principles of justice and equality, and further incorporates several progressive provisions to realize this vision. These include abolishing untouchability, reservations in public employment and education, et cetera. The constitutional provisions have helped Dalits to reclaim their dignity and humanity. Secondly, Dalits have used the moral appeal of the Constitution to not only revive Ambedkar’s legacy by popularizing him as the chief architect of the Constitution, but also in mobilizing for social justice. Dalits, one of the most marginalized groups in the world, have defended the Constitution of India as their very own.

What inspired you to submit this paper for consideration to the CASTE Journal?

My highest hope was to get published in J-CASTE because my work is in close conversation and draws inspiration from that of the Editors-in-Chief, who are leading scholars in investigating problems of social exclusion and in Dalit, caste, and gender studies. I also expected that J-CASTE reviewers would be attuned to the politics of fieldwork and appreciate the epistemological and methodological questions raised in my paper by having foregrounded localized Bhuiyan Dalit women and men’s knowledge and used the social mapping method rather than asserting privilege by employing methods that only involve “talk.” Finally, an analysis of the transmutation of untouchability over the past half-century seemed a perfect fit with the J-CASTE mission.

How does this line of scholarly inquiry fit into your ongoing work at Arizona State University?

Documenting women’s experiences in precipitating social change is central to my work. The “Caste-in Space” article is an important chapter in a book I am currently writing, tentatively titled “We Achieved Great Things:” An Ethnography of Attempted Feminist Revolution in Gender, Caste and Class Relations in Rural Bihar. The book examines the long-term impacts of the feminist Bodhgaya land movement of the late 1970s on the Dalits and non-Dalits who were involved in it, to reveal the kinds of alliances, imaginations, and grassroots efforts necessary for transforming heavily gendered and caste-ridden societies. This line of research resulted from thinking through the works of Dalit, Black, and feminist scholars on the problems of power and authority in knowledge production, which made it imperative for me to engage more creative and historically and socially situated approaches to research.

What do you hope the readers of your paper will learn about Dalit women in rural India?

First, that rural Dalit women have participated in radical movements in the past and have continued to be agents of social change despite the ancient caste-mediated, gender barriers that still impede their struggles and progress toward social and economic equity. Second, that Dalit women (and men) possess valuable insights and localized knowledge with potential to inform policy. Lastly, that readers will know about the elderly Dalit women (and men) who partook in the Bodhgaya land movement. These women are theorists of social change who remain acutely aware of their role in transforming society. Viewing their work as unfinished, they are invested in telling their stories and seeing them published in hope that their life experiences will inspire and mobilize today’s youth, especially women, to continue uprooting oppressive ideologies and systems of untouchability and caste. 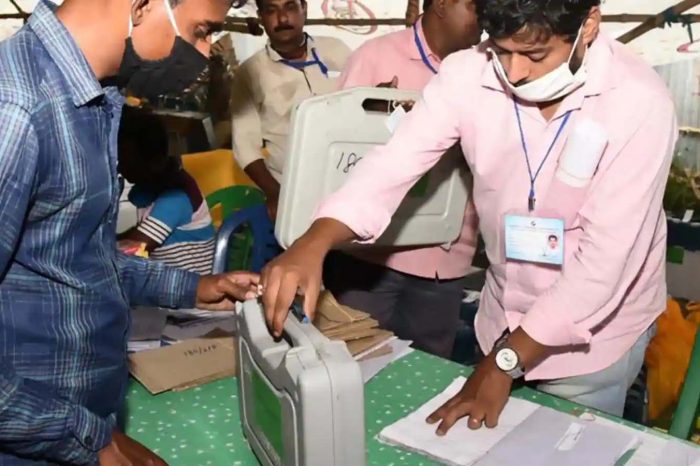 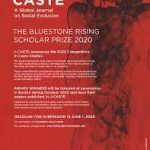