To understand the linkages of caste and gender with a special focus on challenges for social and feminist movements, the Gender Impact Studies Centre at IMPRI, New Delhi organized a #webpolicytalk on Relations of Caste and Gender in the time of the Pandemic: Challenges for Feminist and Social Movements under the ambit of The State of Gender Equality” #GenderGaps“ series.

Socio-Economic Background
Prof. Vibhuti Patel, Former Professor, Tata Institute of Social Sciences (TISS), Mumbai, kickstarted the event by talking about the concept of Graded Inequality given by Dr. Ambedkar. It states that no such class as that is a completely underprivileged class except the one at the base of the socio-cultural parameter.

Using this concept, if one examines the relations of caste and gender, it reveals that women from the upper class faced highly gendered operations and women from the minority communities faced religious operations, class-based and poverty-related stigmas along with being subjected to precarious living conditions, biopolitical depressions and exposure to multiple vulnerabilities. These vulnerabilities got exacerbated during the pandemic. Around 3,00,000 migrant workers in the industrial and construction sector were rendered jobless, most of them being women from informal sectors.

Political Dynamics
Dr. Smita Patil, Assistant Professor, School of Gender and Development Studies, IGNOU, New Delhi initiated discussions by extracting parts from her paper called “Democracy and Pandemic” and through this talk aimed to argue the position of the feminist movements related to interlinkages of caste and gender, by exploring dialogue engagement between activists, academicians, and policymakers about the intersection of caste, gender, and patriarchy in relation to the pandemic or whether Dalit feminists have developed any critique to the position of the same.

She highlighted how during the pandemic, along with other challenges such as the citizenship act, farmer’s protest, reverse migration and etc., women played a significant role and thus she asks is it the mere pandemic that can single out something that is able to annihilate social distancing in real life rather than its symbolic construction. She believed that social distancing and its different connotations have reproduced the stigma in all public and private spheres with context to external and internal patriarchy.

She defines caste to be a denier of the right to live life with dignity, self-respect, equality, distribution of resources, monopolization of power, and it seeping gradually into other religions such as Christianity, Islam, and Parsi and further Brahminic appropriation of these religions have strengthened the inter-connection of the caste and patriarchy.

A Historical Perspective
Further, she explored this issue with a historic lens. She stated examples of the plague that happened in the past and informs about how caste prejudices existed were even worse back then. From the division of hospitals to the question of untouchable serving the food was seen as an issue. However, activists like Savitri Phule immensely contributed during such times such as she once lifted untouchable children to hospitals her son owned to help them, indicating the role of activists.

At present, the section of society that is most vulnerable to health risks is scavenger and sanitation workers. Since they are hired on a contractual basis, they don’t get paid regularly and their constant fear of being removed is being exploited to a great extent. Such things again in times of pandemic have increased and thus reproducing the existing stigmatization more visibly and evidently.

Another challenge she highlights is the issue of digitalization of education and how it has the potential to breed further caste and digital divide in,

She then emphasized the question of dignity and justice for women of all classes during the pandemic by taking examples of domestic violence. She stressed how common it has become in the lockdown, irrespective of their class, and mainly due to men’s frustration of being unemployed. However, the severity has been significantly more for the Dalit women. She also spoke about the condition of sex workers during such times and how difficult it gets to avail them alternative options of job, given their previous nature of work and them being from a lower class.

Dr. Smita Patil concluded her talk by emphasizing the importance of not viewing caste and gender-based discourses as just fashionable but also as something that needs immediate attention to be able to put into practice and not just for articulation, especially in Indian societies. The digitalization exponentially increased suicide rates of Dalit girls and has pushed a lot of underprivileged children out of the education system and chain, merely due to lack of access and fund.

Components of Caste and Gender
Ms. Uma Chakravarti, Feminist Historian; Former Reader, Miranda House, University of Delhi, New Delhi appreciated Dr. Smita Patil’s presentation for capturing the sharp components of caste and gender during the pandemic, that one may not even have noticed. She commended Dr. Patil for pointing out how these discourses are seen to be fashionable and how it is crucial to put these into formal ethical grounds. She then brought critical reflections on reverse migration, domestic violence, and middle-class bias and concluded by pointing out the monstrosity of caste, with context to the discourse on the plague.

The Ground Reality
Dr. Ajay Gudavarthy, Associate Professor, Jawaharlal Nehru University (JNU), New Delhi brought out an important insight about invisibility and discrimination by stating an example of how students who are forced out are on official discourse considered dropouts. Further, he questioned the way the language is being used by the dominant forces which do not capture any kind of ground reality. He also attempted at unpacking fraternity and solidarity in the most insightful manner through his lecture.

Questions and Reflections
Two questions were posed, one being the availability of a platform for the Dalit women groups to offer critique and the other being the constant cases of arresting journalists and activists under sedition charges, especially during the pandemic to have demonstrated voices of different classes on social media or visual media platforms.

Dr. Smita answered this by saying how she observes there is the presence of difficulties and tensions when it comes to resource distribution and how it is a collective effort to bring a constant dialogue and policies that accommodate varying challenges. She believed in doing this by following previous historic models keeping the spirit of the undercast movement alive. To which Prof. Uma added the progressive possibilities of building alliances on an ethical ground being dented and how important it is to have political commitments and ethics to change it.

Dr. Ajay pondered upon the democratization of the last decade and how everyone is mainly focusing on the cultural fronts of identity but the material forms of possessions like proper education, hospital, and infrastructure facilities.

Ms. Nagmani Rao posed an imperative question about National Education Policy and how it ignores the exclusion, denial, and deprivation of lower-class communities in accessing them and asks are social movements equipped enough to bring out such designs and expose them to the public, given the increased marginalization of the activists and questions the self-made hypocrisy of government through such plans as NEP 2020.

Dr. Smita answered this by stating her observation for NEP and how if one carefully reads it between the lines, one will understand it reproducing slavery and casteism. She views this policy to damage the pedagogy system and argues conventional mode of teaching is the best with some structural changes to the syllabus and revisiting models of schooling.

Prof. Vibhuti Patil concluded the talk by commending the thought-provoking presentation and how it has shown concrete evidence of how far away we are from the constitutional guarantee of equality, equal opportunity, and equal treatment by the state and non-state actors with socio-economic and political power.

Note: This news piece was originally published in youthkiawaaz.com and used purely for non-profit/non-commercial purposes exclusively for Human Rights. 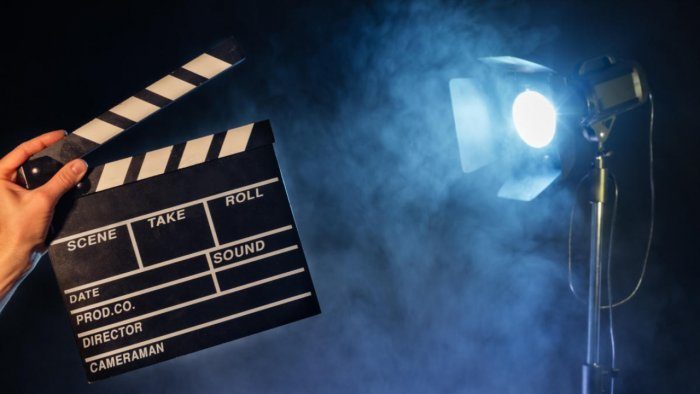