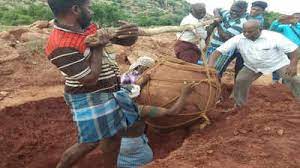 CHENNAI: A burial urn, measuring five feet in height and smaller pots, discovered in a village near Usilampatti in Madurai, were carefully unearthed. They were taken to the government museum in Madurai on Wednesday.

Some small boys had been playing in the field belonging to Andisamy in Ayyanmettupatti near Usilampatti last week, when they found the buried pot and its lid. As the pot appeared big, they informed the local tahsildar Karupaiah, who in turn informed art historian K T Gandhirajan. A closer look revealed that it was a burial urn, containing tools like a small axe used for agriculture. They found several smaller pots buried around the bigger one.

As the villagers, who discovered the burial urn and pots, promptly informed the authorities, the officials, including the curator of the Madurai government museum, Dr M Marudhu Pandiyan, visited the site. The urn and the pots were carefully excavated under Pandiyan’s supervision with ropes being passed under them to carefully lift them up.

Pandiyan said the team found a small spear-shaped iron piece, which may indicate that people, who had lived in the area, had started using iron. “The hillocks in the vicinity have a lot of rock art. This site is close to Soolapuram where many pots of various sizes and shapes were unearthed last year. This could be an important site,’’ he said. 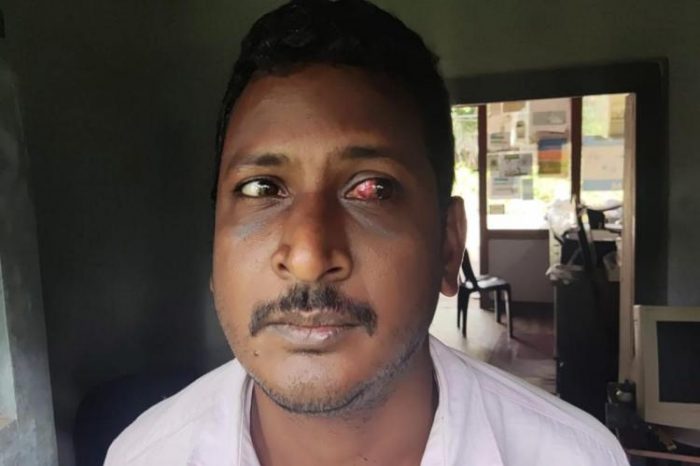 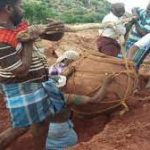