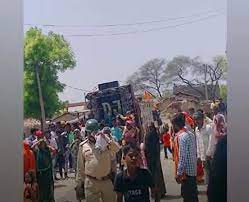 Mandsaur: The wedding season brings happiness to people’s homes, but the effect of the conservative thinking of the society is also seen in marriages. Cases of dacoits preventing Dalit grooms from not being taken out on horseback by bullies are constantly coming to light from many cities of Madhya Pradesh these days. One such incident has been reported from the Mandsaur district of the State, after which, the police had to intervene in the entire matter.

On Monday, he tried to stop the Dalit bridegroom’s procession from leaving the village at village Bapcha under the Sitamau police station area. As soon as the news of the case was received, the police reached the spot, after which the procession went to the village in the presence of the police. People danced a lot in the procession, due to this, the youth is not a hero, I am a villain, I danced a lot on the song, it is not the first case, it is not the first case, there have been some cases of miscreants stopping the procession of Dalits by miscreants in the rural area of the district in the past. In which the police have also registered a case against the culprits and the procession could be removed only in the presence of the police.

Note: This news piece was originally published in newstracklive.com and used purely for non-profit/non-commercial purposes exclusively for Human Rights . 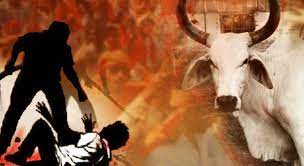 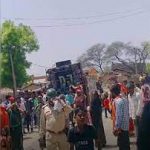