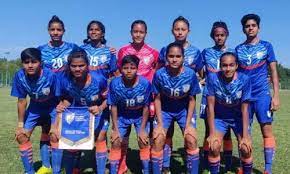 Forming India’s first-ever trans men’s football team, Imphal-based organisation Ya All is committed to providing a safe space to the queer community and help them live and play with pride, today and everyday

In a country where frowns are quick to rise, words and actions are easy to mock and there is little to no genuine awareness about the transgender community. With society being conditioned to shun, bully, discriminate and harass them – lying far-flung in the North-East corner of India, an organisation from Manipur, called Ya All has already started changing this narrative.

Largely misunderstood and called a variety of derogatory names, the transgender and queer LGBTQIA+ community continues to fight its battle to feel included in mainstream society and to help that, Ya All, founded by Sadam Hanjabam decided to use the language of sports to bring queer people together and offer them a safe space.

Forming India’s first all-trans men’s football team, Ya All has managed to assemble quite a few queer athletes from a variety of backgrounds who compete in matches regularly, fuelled by their passion for the game. “Starting Ya All, which means a revolution in our language, wasn’t really planned in detail. The thought came from the fact that most queer people from North East India, places like Manipur, don’t have safe places.  Most migrate to other parts of the country to find support systems and express themselves,” Hanjabam explained to The Bridge in an exclusive interaction on the occasion of Pride Month 2022.

“But this is difficult for the young people who cannot migrate – so it was started as an organisation where people would just come and discuss their issues and help each other, like a support group,” Hanjabam continued, stressing the need for queer folk to find a safe space given the daily societal challenges they have to combat. Ya All, other than focussing on football, also hosts the North East Queer Games annually as well. Over the years, this has also gained plenty of popularity and support from people, enabling Ya All to conduct the Queer Games on a large scale now and reach other cities as well.

But the road has not been smooth always. “It has been an overwhelming journey so far but there have also been times when we thought we are breaking down,” Hanjabam relays, highlighting the plight the queer community has to face in India. “The society ridicules transgenders for who they are and what they are doing and therefore most are afraid to come out and accept themselves for who they are. It causes a lot of mental health issues. That is the biggest challenge,” Hanjabam states. Being in the community himself, Hanjabam has seen from close quarters how difficult it is for people to accept themselves and later, also have their families accept them. Coming out of the closet is not an easy task and requires plenty of homework, as well.

Why can’t transgenders play? Sports, with its overall lack of gender bias ideally, acts as a beautiful unifier and on realising that, Ya All decided to ask the obvious question which hadn’t been raised previously – Why can’t transgenders also play? “Sports and sportspersons are everywhere. But nobody wonders why transgenders don’t play. Many queer people are mocked on the sports field and hence they don’t come out and play,” Hanjabam confesses. “While most cities like Delhi, and Mumbai celebrate with pride walks, we decided to do something different. When we come back home, to our roots, I realized sports holds a more emotional connection for us. So, we thought why can’t we do a bit of innovation and do Sports for Pride, instead!”

While the trans women team did not take off because the priorities of trans women were more attached to finding a source of livelihood to sustain themselves, given how they face the maximum discrimination, the trans men’s team regularly practice weekly. “We have weekly sessions where coaches come and train them. Several volunteers also come and train them, help with their fitness and game style,” Hanjabam informs. “We also do a lot of crowdfunding so that we can offer the travel allowance for the queer players coming from far and wide. We also use the money for basic purposes like offering refreshments during tournaments,” he explained.

Not only that, during tournaments, several brands like Fast & Up, and Decathlon have also come and shown support for this great initiative for queer people and the United Nations has also recognised the organisation as they are working towards making a difference in the queer community. While the footballers of Ya All hope that transgenders will also have a category of sports for themselves soon so that they can also compete freely, it’s a daily struggle meanwhile to battle society’s age-old thoughts regarding them and slowly but steadily, change the narrative, enabling them to live with pride, today and everyday.

Note: This news piece was originally published in thebridge.com and used purely for non-profit/non-commercial purposes exclusively for Human Rights. 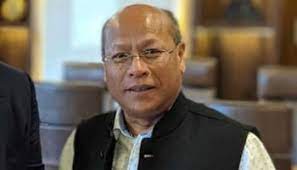 Eviction or acceptance? The fate of Shillong’s Dalit population 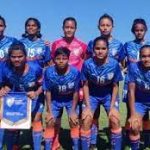