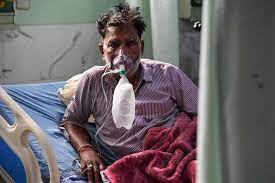 A few years ago, Ms. Arjun founded a telehealth program to provide free health care to members of India’s Indigenous tribes and to Dalits, who are at the lowest rungs of India’s entrenched caste system and have long faced discrimination. Dalits are typically the last to receive assistance in humanitarian disasters and often live in impoverished rural villages with no hospitals, medical care or schools. Now, with a devastating wave of coronavirus infections surging across India, Dalits are facing a new peril, Ms. Arjun said. She said she was desperate to help, even though she is emotionally exhausted after a year of working with Covid-19 patients in Massachusetts.

“Tons of people are dying,” Ms. Arjun said. “This is just a human to human need.” “Part of what’s happening now is patients are being told Covid is going to kill you, so they are panicked,” Ms. Arjun said.

Patients contact the group through WhatsApp, Facebook and YouTube, and the medical professionals call back on video. Often their first task is to reassure patients who have little understanding of the coronavirus or the appropriate medical treatments, Ms. Arjun said. She noted that in one Indian state the government has been broadly distributing packets of medications — including 25 days-worth of antibiotics, which cannot treat viruses — to residents, regardless of whether they have tested positive for Covid-19 or show symptoms.

Her telemedicine program has health workers in India who can translate for patients in local languages, but finding medical professionals in the United States to join the effort has not been easy, she said. Still, Ms. Arjun has recruited two physicians. Her focus is not just Hippocratic. She is Dalit herself, a rarity among Indian medical professionals in the United States, most of whom come from upper-caste urban families. “The only reason they might know a Dalit person is because it’s their servant at home,” Ms. Arjun said.

“They didn’t know what to do,” she said. “They told us there were no hospitals or oxygen available, and they hadn’t seen a doctor.” Sometimes, however, the telehealth calls detect life-or-death emergencies. In late April, Ms. Arjun logged onto a WhatsApp video call with a young Dalit man and his 60-year-old father, who was at home with breathing problems in the central Indian state of Madhya Pradesh, where it was around midnight.

The next day, he was admitted and began to improve, but the hospital was running out of oxygen. Ms. Arjun put out a call on several WhatsApp groups for an oxygen cylinder, though the family did not know the name of the hospital and then fell out of contact. Days later, she learned that the man had died. After assessing the man, Ms. Arjun urged the family to check to see whether any hospital beds were available instead of assuming that they were full. “It took a lot of convincing,” she said. 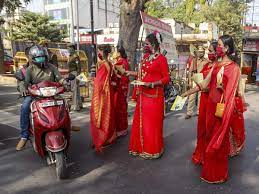 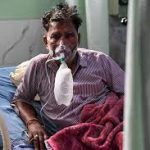