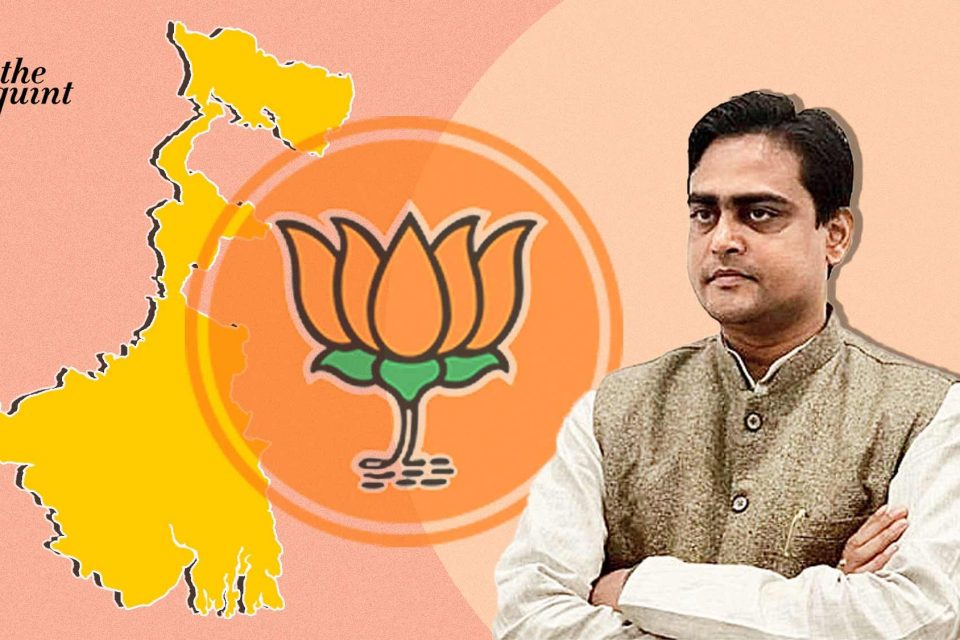 Recently, a long-awaited reshuffle in the Bengal BJP took place and no Matua leader got an organisational post

For the past one month, several vernacular and Bengal-based newspapers have been reporting on the growing discontent within the Matuas against the Bharatiya Janata Party(BJP). Recently, the Union Minister of State, Shantanu Thakur, who is also the head of Matua Mahasangh, left several WhatsApp groups of the party. Later, he held a meeting with other Matua MLAs and demanded better representation within the party. However, this growing discontent is much more than just another case of infighting within the Bengal BJP.

Matuas are considered untouchables in the caste system of Bengal. They belong to the Namashudra caste, who came to Bengal from Bangladesh after the partition. For social development under Harichand Thakur and his son Guruchand Thakur during 1827-1937, the Matua religious sect developed mostly in the eastern parts of Bengal.

The Matua Mahasangh is the umbrella organisation of the community. Starting from the Congress party to the Left to the Trinamool Congress, and now the BJP, the Matuas have supported several political parties in the past.

Recently, a long-awaited reshuffle in the Bengal BJP took place, and significantly, no Matua leader of the BJP got an organisational post. Most importantly, the post of SC Morcha chief was also given to a non-Matua leader, even as Matuas have been one of the most significant vote banks of the BJP.

The Sangh Is Inherently Casteist

The seeds of this conflict are within the Hindutva push of the Rashtriya Swayamsevak Sangh (RSS) and their views on the caste system. At the end of the day, when it comes to new outreach plans of the RSS towards Dalits, as shown by author and historian Badri Narayan in his book Republic of Hindutva, the Sangh Parivar stays casteist. The RSS believes in the caste system so that Brahmins and upper castes lead the game, while Dalits follow.

How the Matuas Voted in the Last Election

The Matua community has been supporting the BJP from the time of the 2019 Lok Sabha elections. They have also been the biggest supporter of the Citizenship (Amendment) Act. The community is dominant in the districts of Nadia and North 24 Parganas, which are bordering areas of Bangladesh.

In these two districts, the Trinamool won just five seats, whereas the BJP won 13 in the last Assembly election.

The involvement of the BJP and the RSS with Matuas was mostly on two fronts. One is political, where the BJP promised – if they won – the implementation of the CAA in their first Cabinet meeting, and secondly, the social outreach programmes of the RSS. In the Assembly election, the BJP lost miserably, and after that, despite several requests from Shantanu Thakur, neither the state nor the central leadership clarified the timeline of the implementation of the CAA. This has irked Matuas.

Meanwhile, there was growing discontent within the RSS over the way the BJP fought the state election by bringing Trinamool leaders into the party fold. This situation has caused a disconnect among Matua leaders as RSS shakhas used to work as a bridge between the community and the leadership. And lastly, the state leadership has completely sidelined the Matuas, which means that they are not in any decision-making position. To understand, the author would like to take you to the year 2013, since when the RSS started working with the Matuas to build its base in Bengal.

How RSS Targeted Dalits of Bengal to Build Its Base

After Prime Minister Narendra Modi came to power in 2014, grassroots politics in Bengal started to change. The Left was getting weak and a section of people was looking for an alternative. In 2014, Sangh appointed Dilip Ghosh as the general secretary of the BJP. Before joining the BJP, Ghosh was the organising secretary of the Hindu Jagran Manch. Significantly, the Hindu Jagran Manch and the Vishwa Hindu Parishad were the prime organisations that were working closely with the Hindu refugees of Bengal since 2013.

“Hindu migrants were the target constituency of the RSS and Bharatiya Jana Sangh in the immediate post-partition period. Bastuhara Sahayata Samiti was found in 1950 to create a strong base among the persecuted Hindus who came fleeing from the east selling their property and belongings…”

Post-2013, the RSS reconstructed this base among the Hindu migrants, who mostly belong to the Namasudra caste and Matua sect. The work of organisations like the Hindu Jagran Manch was one of the key reasons why the RSS pushed for Dilip Ghosh and made him Bengal BJP chief in 2015.

‘Hindus in Danger’: How the BJP Politicised Matuas

From 2015 to 2017, Bengal witnessed several riot-like incidents. The Chandrakona riot took place in 2016, in the same year communal tensions irrupted in Dhulagori area, and the Kaliachak and the Ilambazar riots took place.

Journalist Shiv Sahay Singh for The Hindu reported that the Home Ministry observed, “While Bengal recorded 27 incidents of violence in 2015 in which five persons died and 84 suffered injuries, the number of incidents almost doubled by 2017, when 58 incidents of violence were recorded, in which nine people lost their lives and 230 were injured. In 2016, there were 32 incidents of communal strife in the State. The biggest spurt in such incidents occurred between 2016 and 2017.”

Most of these incidents took place in the bordering areas of Bangladesh, where the Matuas live. The reasons behind these communal tensions were well-known and the idea that Hindus were “in danger” in Bengal was popular. Bengal has around 30% Muslim population, which has been a strong voter base of Mamata Banerjee. Therefore, it became easier for the RSS to spread the “Hindu Khatre Mein Hai” (Hindus in danger) idea.

Based on these incidents, in 2017, the RSS finally decided to launch its full-fledged assignment to capture Bengal. North Bengal and Hindu refugee-dominated parts of Bengal were key target areas for the RSS. In these areas, the majority population was SC, ST and OBC, and originally refugees who have come from Bangladesh after violent tiffs with Muslims. Amid the increasing fear of communal violence, the Matuas started shifting towards the BJP. In the 2019 elections, Matuas voted overwhelmingly for the BJP in Bengal.

Meanwhile, in the run-up to the 2021 Bengal Assembly election, the BJP introduced the Citizenship (Amendment) Act in 2019 and reached out to the Matuas, saying that by this act, the party will ensure their citizenship. In the last election, too, Matuas stood by the BJP.

Manusmriti is the RSS’s Guiding Principle

When the author reached out to several Matua leaders and people from the Namasudra caste who have worked with the state leadership of the BJP, they claimed that the leadership has a problem in giving decision-making positions or power to the Matuas.

“The BJP has given just one thing to Matuas, which is the ministerial berth to Shantanu Thakur, and that is all. We have no say within the BJP,” a Matua leader close to Thakur told the author with the condition of anonymity.

Social historian Badri Narayan, who has studied the evolution of the RSS, observed that the RSS under the Modi regime has been working towards the inclusion of Dalits. In the chapter named Appropriation As Process: Caste, Dalits and Hindutva, Narayan revealed how the RSS has been discussing the inclusion process. Several research findings have also shown that a significant number of Dalits have been voting for the BJP from 2014 onwards.

However, how the RSS has been dealing with the Matuas in Bengal makes it clear that appropriation of Dalits does not mean that they have gone beyond their Brahminical mindset. “Historically, the RSS believes in Manusmriti and the caste system. They can promise citizenship to Matuas but will never give real power,” noted Dalit writer and Trinamool Congress MLA Manoranjan Byapari told the author.

The faith of the RSS in Manusmriti, the text which introduced the “varna” or the caste system, becomes clear from their opposition to the Constitution of India introduced by Dr BR Ambedkar. On 30 November 1949, RSS mouthpiece Organiser published a rebuttal to the newly drafted constitution.

It noted, “But in our constitution, there is no mention of that unique constitutional development in ancient Bharat … To this day his laws as enunciated in the Manusmriti excite the admiration of the world and elicit spontaneous obedience and conformity. But to our constitutional pundits, that means nothing.”

Songs and stories related to Manusmriti have also been part of the teaching of RSS in their shakhas. Noted Dalit activist and journalist Bhanwar Meghwanshi, who was an RSS pracharak, wrote in his book I Could Not Be Hindu: The Story Of A Dalit In The RSS, “I was now horrified by the song we sang routinely in the Shakha-Manushya Tu Bada Mahan Hai/Tu Manu Ki Santan Hai (Man, greatness is your destiny/you are Manu’s progeny). The song celebrated humans as the offspring of Manu – the very Manu who had enforced the system of caste hierarchy.”

The RSS and the BJP are not the first to engage the Matuas of Bengal for votes. But it should not be ignored that in Bengal, the RSS developed its base, communal narrative and citizenship promises to target the Matuas. And today, after over eight years, if the Matuas feel discontent within the BJP, it becomes clear that this is neither a coincidence nor infighting, but proof of the ‘Manuwadi’ or Brahminical mindset of the RSS.

(The author is an independent journalist based in Kolkata and former policy research fellow at Delhi Assembly Research Center. He tweets @sayantan_gh. Views expressed are personal. This is an opinion piece and the views expressed above are the author’s own. The Quint neither endorses nor is responsible for them.) 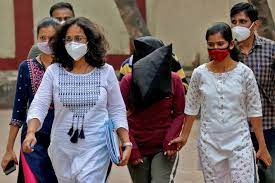 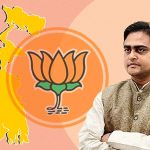