BENGALURU: Three staffers of Chinmaya Mission Hospital (CMH) in Indiranagar have been booked for coercing one of its housekeeping staffers to manually unclog sewers on their premises.

Daivadeenam, 53, belongs to the Mala caste, a Dalit community, and has been working as a permanent employee of the hospital for the past 21 years. He had refused to lower himself into the manhole when asked to do so by his supervisors at the housekeeping department, sources said. Upon his refusal, he was allegedly threatened with his job by top officials and forced to complete the task.

The hospital’s housekeeping supervisors, Raja D and Gilbert, and the administrator have been booked under Section 3(1)(j) of the SC/ST Prevention of Atrocities Act-1989 and Sections 7, 8, and 9 of the Prohibition of Manual Scavenging and Rehabilitation Act-2013.

On December 15, a complaint was filed on behalf of Daivadeenam by social workers from Karnataka Samata Sainik Dal and Madhusudhana KN, assistant director at the state’s social welfare department. The accused were named in the FIR and ACP Kumar of Halasuru station is investigating the case.

Daivadeenam stated in his complaint that when he refused to carry out the physically dangerous job, the management allegedly said, “it was his duty to perform manual scavenging”.

He had reportedly undertaken such operations in the past and was once spotted by a government official and let off with a warning.

Kamala, a social worker with Samata Sainik Dal, said: “Daivadeenam approached us on December 9, a week after doing the job. He had initially refused the work citing his age and health problems. At this age, he could not risk his health by getting into a manhole and many lives have been lost doing this kind of work, but he was threatened that he would be fired from his position.”

Other housekeeping staff confirmed Daivadeenam was always assigned the duty of cleaning toilets and clearing garbage in the hospital.

Dhananjay, former medical technician and joint secretary at CMH Employees Association, said the hospital lacked transparency in its operations. “He suffered breathing problems after he was compelled to perform manual scavenging and sought treatment at CMH. But we heard his request for medical attention was declined,” he added.

TOI tried to meet Dr Unchil Sudhir, medical director, and Gopal B Hosur, chief executive officer, at the hospital but they were unavailable for comments.

The hospital administration directed the TOI reporter to resident medical officer Dakshinamurthy, who redirected the responsibility to human resource head Shankar Ganesh. The HR head said he was in a meeting and did not meet the reporter .

Several calls to the HR head, the CEO, and the medical director on the numbers provided by the hospital too went unanswered. 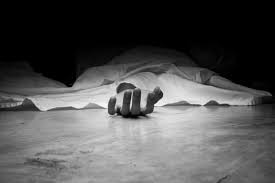 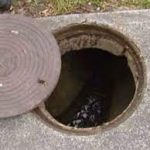