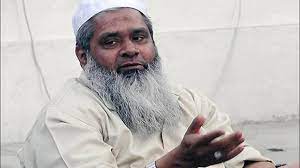 During election time, perfume baron and All India United Democratic Front (AIUDF) chief Badruddin Ajmal is always seen in a new avatar. Recently, thousands were seen jostling to get water “blessed” by Ajmal at his election rallies in Assam.

In a video of his election campaign rally held in Dhubri district, Badruddin Ajmal can be seen “blessing” a large number of containers of water by whispering on them. His supporters believe the holy water has a healing effect.

However, many people claimed that it was one of Badruddin Ajmal’s tactics to woo voters. It is not the first time Ajmal was seen in this avatar. He was also seen “blessing” water containers brought by his followers while campaigning during the 2016 Assam Assembly election and 2019 Lok Sabha poll.

Muslim clerics, however, said Ajmal never asks anyone to take his “healing water”. Many of his followers said they had pressured the AIUDF chief to give them the “blessed water” because Badruddin Ajmal was also a Muslim cleric.

Mofidul Islam, Pesh Imam of Dakshingaon Shahi Jame Maszid in Guwahati, said this “type of exorcism” by Badruddin Ajmal was not new.

“I am an Imam of a mosque and when someone requests me to give them some exorcism water or oil, I always refuse to do this. But their continuous requests and due to their faiths over it, I give them what they want. Similarly, many people believe Ajmal and they pressure him to ‘bless’ water for them. Ajmal never asks anyone to come and take the ‘blessed water’ from him. People have been forcing Ajmal to do this,” Imam Mofidul Islam said.

India Today TV tried to contact Badruddin Ajmal over the phone but there was no response from him.

“In every election, Badruddin Ajmal has done this and by doing this he has tried to collect Muslim community votes. He is doing this on social platform also. It should be opposed. This method of seeking votes in the name of religion should be stopped. The Election Commission should also take necessary steps against it,” Mominul Awal said.

Nearly 85 per cent voter turnout was recorded in the third and final phase of 2021 Assam polls, which was held in 40 assembly constituencies on April 6.

According to the Election Commission, 82.04 per cent voter turnout was recorded in all three phases of Assam election, which is 2.68 per cent less compared to the 2016 election. 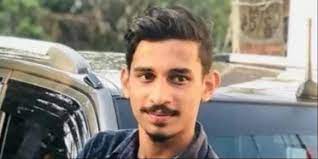 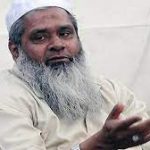