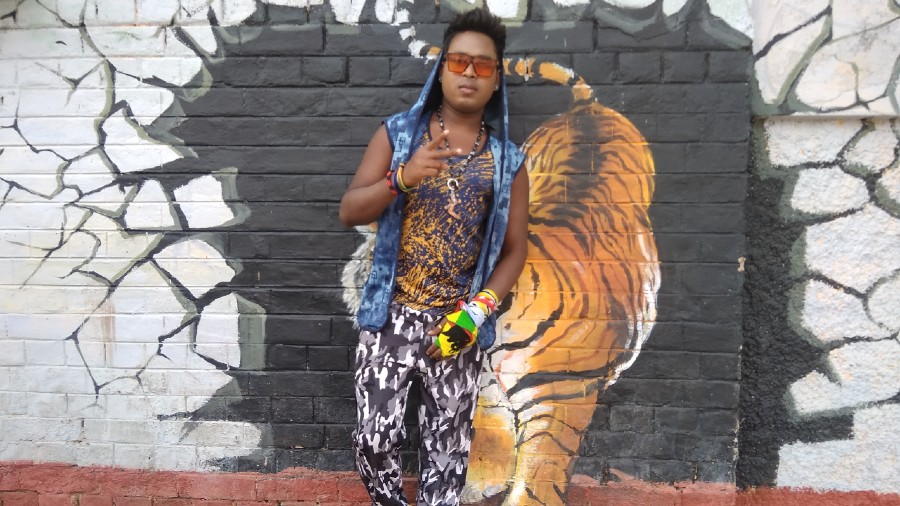 They might be Dalit rappers but their music should not be boxed as Dalit rap. We are all ears, you could tune in too

Those lines are from Duleshwar Tandi aka Rapper Dule Rocker’s Farmer Rap. It got two lakh views on YouTube alone, not to mention the countless social media shares. Dule, 27, belongs to a Dalit family of Borda village in Odisha’s Kalahandi district. A migrant worker, he was working as a waiter in Raipur when the lockdown happened last year. When he saw the plight of stranded migrant workers — he himself took a train home right before the PM’s lockdown announcement — Dule wrote Hashtag Lockdown. Since then he has also written Telling The Truth that questions the efforts of political leaders during a crisis such as Covid-19.

Dule knows nothing of the history of rap, or the struggles of the African-American community; it is unlikely he would know of New York of the 1970s, the Last Poets or the Black Panther Party. He began writing lyrics when he was still in high school. But he never got around to doing something about what he wrote until the lockdown happened and he was stuck at home. He decided to rap about the ongoing crisis and he hasn’t stopped since. “I rap for myself,” says Dule.

Sumeet Samos too has been singing challenges to established social hierarchies and caste injustice. He too is from Odisha — Tentulipadar in Koraput district — and belongs to the Dom community, a Scheduled Caste. While Dule has a BSc degree from a government college in Kalahandi, Samos has a postgraduate degree in Spanish and Latin American literature from Delhi’s Jawaharlal Nehru University or JNU. He says he is inspired by Joyner Lucas, Tupac Shakur, Childish Gambino — all American rappers — Savitribai Phule and B.R. Ambedkar.

While Dule’s final push to rap was the lockdown, for Samos it all started in 2016, around the time of Hyderabad University student Rohith Vemula’s suicide. “It was then that I got exposed to anti-caste student protests, anti-caste literature and writing,” he says. He started participating in protests, and attending cultural events and talks. He became an active member of the Birsa Ambedkar Phule Students’ Association or Bapsa. “I used to post my compositions/thoughts on my Facebook wall or rap alone in my room,” he says with a laugh before going on to narrate the incident that turned Samos to Da-Lit Boy.

It happened in a mall in Delhi. Samos says, “I had been stopped from entering malls and clubs before, but this time it hit me hard. I felt extremely humiliated and I couldn’t stop thinking how despite wearing branded clothes, I was judged by my facial features and skin colour. When I returned to my room, I started rapping and on a whim uploaded What it means to be a Dom… It was basically about my background. How people reacted to even the visual markers of it. The security guard at the mall didn’t know what caste I belonged to, but just by looking at my face he knew I didn’t belong there, I shouldn’t belong there.”

The following morning Da-Lit Boy woke up to more than 10,000 views and 100-plus messages.

Samos’s single Ladai Seekh Le from 2018 is even more hard-hitting. Here he raps about Dalit student suicides across the country, harks back to the Bathani Tola and Laxmanpur Bathe massacres of the late 1990s that led to the killing of many Dalits in Bihar. Samos wrote it when the Dalit student from JNU Muthukrishnan committed suicide in March of 2017. Though police said he was depressed, it was alleged that he had faced discrimination. Samos says, “We were in the mortuary for two days. We were all Dalit students… He was a friend and we had spoken just the day before. All of a sudden I didn’t want to see this overwhelming grief and out of that feeling this song was born.” Later, the music video was shot in bastis of Delhi where Dalit and Adivasi migrants live.

Samos’s songs are in Hindi, English and Odia. The backdrops — mostly empty touristy places, dingy by-lanes, slums, darkness. He says he tries to shoot in places reminiscent of locations where he has grown up. He says, “I am a Dalit as well as a convert to Christianity. I know all about religious tension in everyday life.”

Most of Dule’s songs are in the Kalahandia dialect and Hindi. In May, he made a powerful three-minute rap video called Sun Sarkar Sat Katha. One of the lines goes thus: “Corona kana marba tar agru ame mari jimu boo… We will die of hunger and poverty before coronavirus kills us.” His songs Hashtag Farmer, No Corruption and Kranti The Revolution also took the Internet by storm. His raps are about corruption within the government, in his hometown, about farmers’ rights and so on. Dule doesn’t address the caste issue directly but it is a looming presence in his musical expressions.

Samos’s Desia Pila is a rap about the existing crises and challenges faced by the Dalit community in Koraput. It talks about where he comes from, the CRPF-Maoist conflict, caste violence, corporate land-grabbing, forceful displacement, lack of education, lack of health facilities, life without land and resources. A line from Desia Pila runs thus: “If you are pure 24 carat gold, then I am hard pure coal from the land of Koraput. I rap not for myself but for my community.”

In the rap Jaati he chides, “Jaati toh yahaan jaati hi nahi hai.” Samos hammers away at how his own are stereotyped, those who wash gutters and railway tracks, he hammers away at those in the country who will talk about black lives matter but not about jaati with its baggage of prejudices.

Dule recalls how his childhood was. “I remember how we would be made to sit separately in school and we were treated differently.” Says Samos, “As a child one cannot process many things. But I knew it meant something when you are not supposed to enter someone’s house or a residential colony, or drink water from a particular handpump. Or when you go to an area and people start chasing you.” He recalls that while travelling in a bus, even when there were empty seats, he knew he wasn’t allowed to sit.

Talking about his JNU experience, Samos says, “It was different but I knew who I was and who they were… Someone will tell you I am from Rajasthan or I am a Rajput, or I am from Bihar and I am a Bhumihar; then you didn’t know what to say. Do I say I am a Dom or a Dalit? I didn’t even know the word Dalit, I only knew I am a Dom. Could I take pride in that? I didn’t know.”

Samos points out that around 2016, just like him, a lot of Dalit students started choosing different ways of expressing themselves. Someone painted, some started making illustrations, Instagram pages came up, as did memes.

Dalit Memers is a Facebook page that was launched eight to nine months ago; it has 7,000 followers now. The memers refuse to reveal their identity but they are happy to talk about their mission. “There are many Dalit pages but they are busy discussing politics and ignoring social realities. We want our people to discuss caste and social issues,” they tell The Telegraph. Currently, 15 people run the page; most of the page administrators are women.

One of the administrators said, “We want to expose Savarna (or upper caste) hypocrisy, casteism and the discrimination they practise in day-to-day life, media’s role in discussing topics around Savarnas, the over representation of Savarnas in all fields due to nepotism and casteism. We want to make the Savarnas think about the real on-ground issues, about Brahminical patriarchy, Adivasi patriarchy, Shudra patriarchy, Pasmanda patriarchy and Dalit patriarchy.”

Dalit Memers mostly make informative or satirical memes and some that highlight Dalit/Adivasi/Shudra leaders whom they say mainstream media ignores.

Neither Dule nor Samos nor the Dalit Memers are scared of the establishment. Dule says, “Why should we be scared? They should be. We have faced enough atrocities.” The Dalit Memers claim that those from other castes also follow their memes. “Through these they are seeing things from our perspective and shedding old baggage.” None of them thinks an individual or group can end casteism. Says Samos, “I speak about changing laws, having stricter laws, better schemes, land for Dalits, better education, basically feasible goals.”

But at some point they just want to be themselves, free of labels. Dule says, “Why are we identified as Dalit rappers when no one brings up Honey Singh’s caste?”

Samos says, “I am neither proud of my Dalit identity and nor am I ashamed of it. I want to use it for political purpose. But at home, I am not a Dalit. I want to party, chill, wear nice clothes, watch Netflix, have chicken wings, just like anybody else.”

One of Samos’s rap songs goes thus: “We were spectators before, now we are the players.” 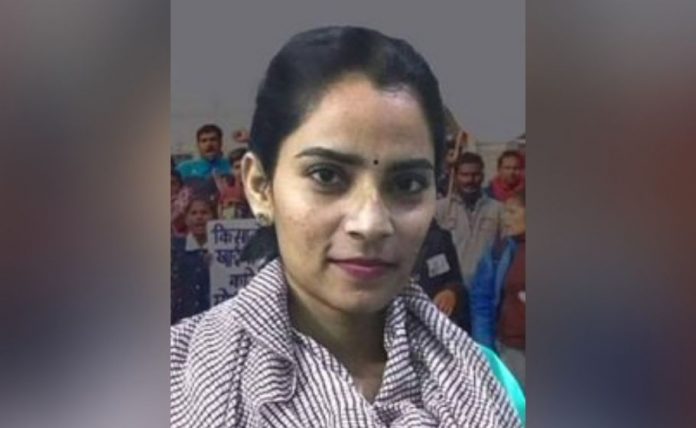 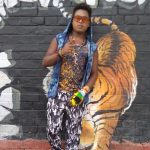