After completing his graduate and postgraduate studies from JNU, rapper Sumeet Samos is now set to pursue his second master’s degree from the University of Oxford.

Anti-caste activist and rapper by the name of Sumeet Samos Turuk has recently managed to raise Rs 38 lakh in three hours by crowdfunding to realise his dream of studying at Oxford. The son of a schoolteacher from Koraputm Odisha, Sumeet is a former student of the prestigious Jawaharlal Nehru University in New Delhi. The young Dalit activist grew popular as an anti-caste rapper a few years ago with his angry lyrics again caste discrimination and oppression making a widespread mark, especially among the youth.

After having completed his undergraduate and postgraduate degrees in Spanish and Latin American literature, Sumeet applied for a second master’s degree from the University of Oxford. In January, Sumeet received his acceptance letter from Oxford. However, he ran into a roadblock after his scholarship applications fell through. Speaking to The Print, Sumeet said that he failed to receive the scholarship due to a delay in his English verification process. Unable to avail of any of the existing scholarships, Sumeet tried to seek help from the Odisha government. At first, the latter agreed to pay for a part of Sumeet’s tuition fee but later refused on the grounds that this was Sumeet’s second master’s degree. Requests to other politicians to help out with the funding did not come to fruition either.

That was when Sumeet decided to turn to crowdfunding for his education. Inspired by a Kashmiri student who managed to crowdfund his education to Oxford, Sumeet turned to some of his friends who were popular on social media platforms and shared his pitch. A crowdfunding campaign was started on Milaap.org. According to the report in The Print, the campaign received an overwhelming response. Sumeet managed to raise Rs 38 lakh in just three hours.

Sumeet is now set to pursue his second master’s degree from Oxford University as part of its MSc program in Modern South Asian Studies. His classes start in October. 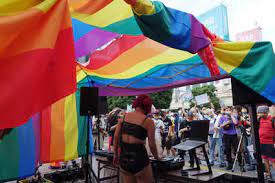 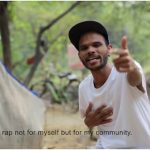