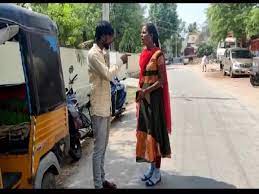 TIRUPATI: A transgender ditched by her boyfriend after 6 years live-in relationship has lodged a complaint with the Madanapalli Taluk police, appealing to the police to intervene and set their relationship right.

According to Sweety- the transgender woman, she fell in love with one Mahesh while studying intermediate education at Madanapalli. She told reporters that she underwent sex reassignment procedures to transform herself into a complete woman based on Mahesh’s suggestion.

“He told me that we could live together for life if I underwent the sexualty reassignment procedures and transformed myself into a woman completely. I followed his advice and underwent the painful feminization procedures with a desire to live the rest of my life with him. After the procedure, we have been in a live-in relationship for almost six years now. And all of a sudden, Mahesh has been acting strange and he suddenly expressed his desire to get married to someone else and to become a father of a child. He deleted all our pictures and videos from the past and has completely ditched me”, alleged Sweety.

Sweety has lodged a complaint with the Madanapalli Taluk police, seeking their intervention in the issue.

Meanwhile, Mahesh told reporters that Sweety was lying and that she was trapped by her into a relationship which he wishes to end now.

“None of what she told the police is true and I dare her to prove her claims. She actually demanded Rs.5 lakh from me to get separated. After I told her that I can’t pay her a penny, she has now approached the police with a false complaint”, alleged Mahesh

Meanwhile, Madanapalli Taluk police who received the complaint told reporters that they are further investigating the case. 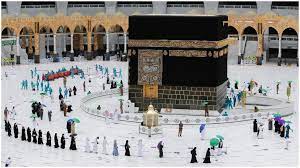 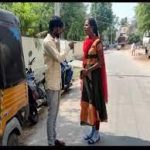