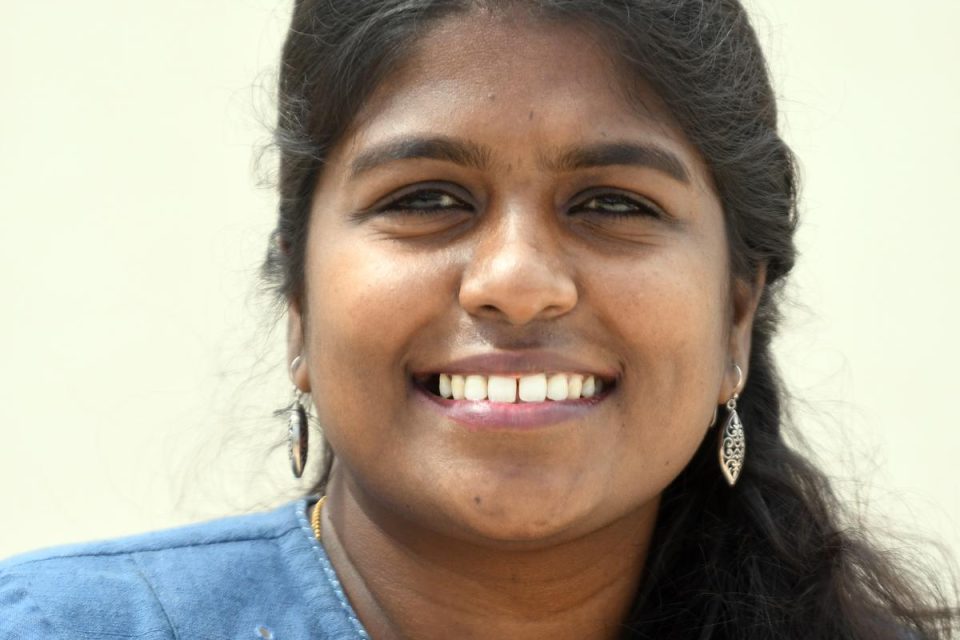 Ashwini K.P., 36, is the first Asian to be appointed as Special Rapporteur on contemporary forms of racism, racial discrimination, xenophobia and related intolerance by the United Nations Human Rights Council (UNHRC). Her appointment was confirmed by the UNHCR in its 51st session in October and she began her six-year tenure on November 1. Ashwini is a Dalit activist based in Bengaluru where she has, in the past, taught political science at St. Joseph’s College of Arts and Science and worked at Amnesty International India. She is also the co-founder of a non-governmental organisation, Zariya: Women’s Alliance for Dignity. Her doctorate research, which she completed at Jawaharlal Nehru University, focussed on descent and occupation-based discrimination in India and Nepal.

You have been appointed as Special Rapporteur on contemporary forms of racism by the UNHRC. What is the mandate of your role?

Special Rapporteurs are independent experts and this specific role focussing on racism was created in 1993. When we speak of racism, it deals with aspects of discrimination based on race, colour, descent and ethnic origin. My mandate explicitly focusses on the rampant racism across the globe, and in view of this I will have to focus on discrimination or any sort of intolerance against Africans, African descendants and migrants as well as Asian migrants in Europe and North America, and also look at communities that are subjected to discrimination owing to their social or religious identity all over the world.

You will be the first Asian person to helm this important role. As a Dalit woman, you represent an intersectional group that has been marginalised through history because of your caste and gender. What does your appointment mean for the politics of representation?

As someone who has been studying social exclusion as an activist and an academic, I’ve always felt that representation is extremely important to take note of sensitive issues in places of decision-making and policymaking, especially on a global platform like this. We have rarely seen representation of marginalised communities, particularly from South Asia. My own personal experience in terms of being a Dalit and a woman is relevant as I can understand how gender or caste affects an individual or community in terms of access to opportunities or education because or racism or xenophobia.

All discriminations are similar to each other as these are institutionalised, and because of my own experiences I can relate to what it means to be exposed to racism and xenophobic attacks because of the way in which caste has defined our lives. The fact that I come from an educated background along with certain social capital had not prepared me for caste or gender discrimination. I have faced caste discrimination in progressive spaces, so I think these experiences will help me to understand issues of race in a nuanced and clear manner. Representation in terms of a woman and a Dalit changes the narrative and the way in which issues are addressed.

One of the roles of the Special Rapporteur is the ‘fact-finding country visits’ where you get a chance to examine in detail allegations of racism, xenophobia and intolerance in a particular country. Have you identified the countries that you will be visiting and the issues you will be investigating there?

We have not finalised this yet because if I have to visit a country as a Special Rapporteur, I need to be officially invited by the government concerned, which will also give us the space to officially engage with civil society groups or representatives from the government. We might probably scrutinise the situation in a country in North or South America or Europe. In the recent past, there have been several instances of incarceration of marginalised communities in these countries. In addition, our work has to be in line with the Sustainable Development Goals (SDGs) of the UN. So, this decision is based on several factors.

The UN’s International Convention on the Elimination of All Forms of Racial Discrimination defines racial discrimination in very broad terms: “Any distinction, exclusion, restriction or preference based on race, colour, descent, or national or ethnic origin which has the purpose or effect of nullifying or impairing the recognition, enjoyment or exercise, on an equal footing, of human rights and fundamental freedoms in the political, economic, social, cultural or any other field of public life”. Does this mean that you will have the mandate to examine issues of atrocities against Dalits in India?

If we look at the Dalit community or the untouchable community which is particularly marginalised, the experience is not just confined to South Asia alone because caste has spread across the globe and operates very efficiently in the diaspora communities. Even the previous Special Rapporteur (E. Tendayi Achiume of Zambia) had made specific reference to caste in her tenure. Apart from my mandate, there are other mechanisms within the UN which are more equipped to address descent-based discrimination. Of course, I can make references to the exclusionary practices perpetuated against Dalits.

The plight of the Rohingya, who are the world’s largest ethnic community without a state, is extremely worrying. Do you plan on exploring possible solutions to this long-standing crisis during your tenure?

When we look at Rohingyas, they are also Muslims which makes them further vulnerable. My mandate does take into consideration the aspect of discrimination faced by migrants, but the Rohingya issue is very complex. If I have to look at the Rohingya issue, it has to be country specific. In case I make a country visit to Myanmar, I can probably highlight the issue  effectively. There are other mechanisms as well and the UN has been addressing this issue. Given an opportunity, I’d be happy to address this issue.

What will be some of your main areas of focus during your tenure as Special Rapporteur?

There are theme-based topics which mandate-holders focus on. The previous rapporteur focussed on climate change. Intersectionality, particularly in the context of gender, interests me a lot, so I’m keen on focussing on how racism, xenophobia and other related intolerance affects women within marginalised communities; the LGBTQ (lesbian, gay, bisexual and transgender) communities are further discriminated against. Often gender is somehow not spoken about or not spoken about adequately.

The 2001 World Conference Against Racism held in Durban brought an old debate about caste and race to the attention of the world after Dalit activists argued that caste discrimination was equivalent to racial discrimination. What is your own perspective on this. Can the hierarchy of the caste system also be seen as a form of racial discrimination?

When we look at caste and race, we have to look at them as different aspects of discrimination but at the same time recognise that exclusion and violence are similar to both. We cannot say that one is worse than the other. Racism has led to the discrimination against the entire race of Africans for a long time. Caste was confined to South Asia in the past but due to transnational migration, we see caste operating in different parts of the world. Caste and race are not the same but when we look at these two issues globally, it is also necessary to recognise caste and race as the worst forms of discrimination. Caste should also be addressed just like how race is addressed. Things have changed today, especially post-Durban.

Though there is no convention within the UN system which mentions the term caste, it has not been completely negated. I want to specifically mention this because a lot of conventions and working groups have expressed their concern about violence against Dalits. So, academically, while caste and race may be different, I think it is okay to address both the issues on an equal footing on a global platform.

A major part of your academic research as well as professional work has been in the area of Dalit activism. While Dalit activism has played a major role in addressing instances of caste discrimination, it has not managed to aggressively spread the ideology of Ambedkarism among Dalits in India. What do you have to say about this?

When you look at the ideology of Ambedkarism, I think Babasaheb Ambedkar is viewed differently by different people, leading to varying perspectives on his ideology. It’s very difficult for us to impose an idea that Ambedkar has to be viewed in only a certain way. There are individuals who look at him as an intellect, while others look at Ambedkar in terms of spirituality (his idea of Buddhism), a social reformer, a jurist or as the framer of the Constitution.

It also varies across States. In Maharashtra, the Dalit movement is quite vibrant. In Tamil Nadu, where the Dravidian movement has had influence, Ambedkar is looked at differently. In certain places, we have the [political] Left and Ambedkarite movements working in combination. With the emergence of Kanshi Ram, there were organisations like BAMCEF (Backward and Minority Communities Employee Federation). Many study groups have extensively worked on educating youngsters about Babasaheb’s writings and I myself have been part of these groups. I feel that it is not necessary for everyone to have a pure academic and theoretical understanding of Ambedkar as an activist is as important as an academic. It is about having a multifarious perspective on caste assertion and anti-caste philosophy.

I still believe that there are sections of people who have to understand Ambedkarite philosophy in terms of gender. I want to stress upon this because, consciously or unconsciously, large sections of people ignore Ambedkar’s perspective on gender. I think his theory on gender empowerment was one of the most progressive theories and this has not been taken into consideration by a lot of people.

In an earlier interview, you mentioned that the life and work of Ambedkar has been a source of inspiration for you. How will you use Ambedkar’s ideas in your role as Special Rapporteur on contemporary forms of racism?

As someone who has idolised Ambedkar since childhood, I know that his ideas of equality and fraternity are universal. These aspects have brought in change in the lives of Dalits and other marginalised communities in independent India. As someone who has been influenced by Babasaheb’s thoughts, my intervention may lead to someone benefiting somewhere. I’m not saying that I will change the world but maybe a small community could benefit.

Note: This news piece was originally published in frontline.com and used purely for non-profit/non-commercial purposes exclusively for Human Rights . 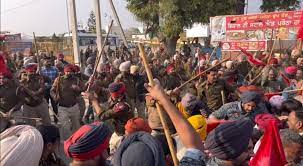 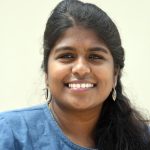