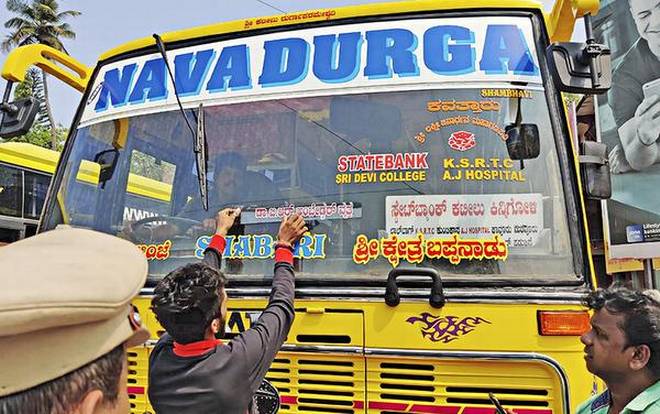 A long pending demand of Dalit activists was realised recently with private city and suburban buses sporting B.R. Ambedkar Circle instead of Jyothi Circle on their destination boards.

After “Jyothi Circle” was renamed as “B.R. Ambedkar Circle,” Dalit activists had been demanding action by authorities to make city buses mention the same on destination boards. Apart from raising it in the District level SC/ST grievances meet, activists had raised it in the district Road Safety meeting. It was raised in several SC/ST grievances meetings held at the office of Police Commissioner, including the one chaired by Deputy Commissioner of Police (Law and Order) Hariram Shankar on February 28.

“Few days ago, Mr. Shankar told us about the demand. We came out with stickers of B.R. Ambedkar Circle and it was pasted on most of the buses passing through the circle on Tuesday,” said Dilraj Alva, president of the Dakshina Kannada Bus Owners Association. The association got as many as 400 stickers of B.R. Ambedkar Circle. In the presence of a few Dalit activists and traffic police, Association members stopped some city buses on Tuesday morning at the circle and pasted the stickers. Later, they went to city bus terminus in State Bank and pasted the stickers on the buses.

“We are happy of the way the city police took up the issue with city bus operators and pave way for realising our long standing demand,” said Vishwanath Chintimar, a Dalit Sangarsha Samiti activist from Bantwal. Despite directions by the then Deputy Commissioner K.G. Jagadeesha, city bus operators had failed to mention B.R. Ambedkar Circle on the route boards, he said.

Another activist Vishukumar said there was a postive reaction to the recent letter by Mr. Shankar to Chief Managers of some prominent banks in the city about problems faced by SC/ST applicants in getting loan. “The official’s letter has led to banks processing our applications without placing any hassle,” he said. 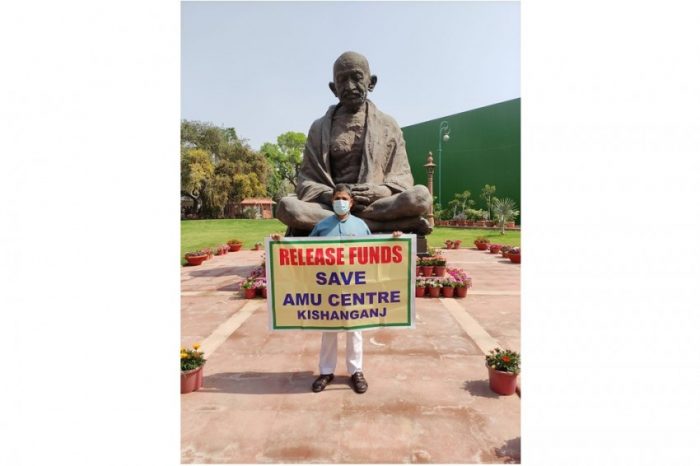 Kishanganj MP's Cry In The Dark Over Funds For AMU Centre 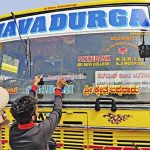