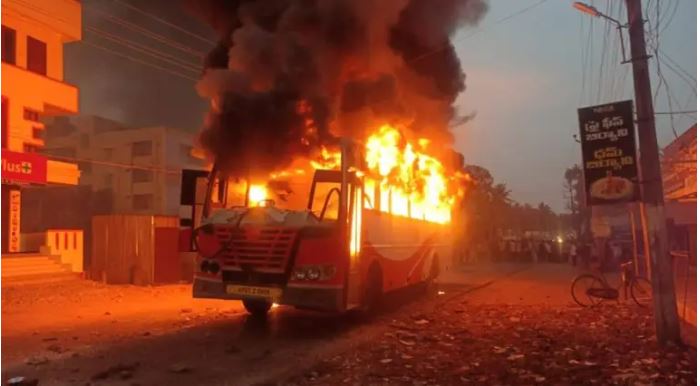 The phenomenal rise of Dalits in politics, education, employment, agriculture, trade and commerce, leading to resentment among the OBCs, appears to be among the underlying causes for the recent violence in Amalapuram, the district headquarters of Konaseema.

On May 24, the move sparked violent protests culminating in the burning of the houses of Transport Minister Pinipe Viswarup and ruling party lawmaker Ponnada Venkata Sateesh Kumar.

In various spheres, the Dalits of the Konaseema region have beaten the odds to come up in life. In politics, Ganti Mohan Chandra Balayogi, or GMC Balayogi, who came from a family of farmworkers in the Mummidivaram assembly constituency, rose to become the Speaker of the 12th Lok Sabha, and state minister for School Education in the Chandrababu Naidu government.

Pinipe Viswarup, whose house was set on fire with petrol cans by the anti-Dalit demonstrators, had served as a minister for 10 years, right from the eras of YS Rajasekhar Reddy, K Rosaiah and Kirankumar Reddy of the Congress to the present Jaganmohan Reddy government. He won the Assembly election from Amalapuram in 2009 and 2019.

Gollapudi Suryarao from the Rajole SC constituency was a minister in both the Naidu-led TDP government and the YSR government of the Congress. In the first general election in 1952, Bojja Appala Swamy, on a Republic Party of India ticket, got elected to the Madras state Assembly from Amalapuram. He was the grandfather of Rahul Bojja, an IAS officer serving as secretary to the Telangana CM.

Also from the Konaseema region is Paramata Radhakrishna, Director, Electronics & Radar Development Establishment (LRDE), DRDO, Bengaluru. He hails from Vanne Chintalapudi in Amalapuram rural mandal. He received a BE from Andhra University and MTech from IIT-Kharagpur and joined the LRDE in 1988 as Scientist ‘B’. He started his career in the field of Radar Signal Processing and over a period of time moved into Radar Systems.

Over a period, many Dalits, due to sheer hard work and steely resolve, got out of the clutches of landlords, mostly Brahmins and Kapus, and began to own small, modest parcels of land. “My uncle Melapudi Suranna used to work as a paleru (sub-renter) under a Brahmin landlord. Later, he diversified into the timber business and acquired 40 acres of fertile land with coconut plantations at Ambajipeta,” said M Stalin Babu, a lawyer based in Amalapuram.

Voguri Vijayakumar owns a posh convention centre at Mori village near Malkipuram. Dozens of hospitals owned by medical practitioners from the Dalit community dot the Amalapuram, Ambajipet and Rajole areas.

The prosperous and the otherwise peaceful Konaseema, spread over 170 km with seven Assembly segments, four of which are SC reserved, is now hosting a large contingent of police. The authorities have suspended internet services since May 24.

The Konaseema district, with 17 mandals, seven of them predominantly with SC residents, is divided on caste lines with the renaming exercise. Dalits are on one side, taking pride in the district carrying the name of their caste icon. The others, mostly OBCs and Kapus, are in the opposite camp, protesting against the government’s decision. Even Madigas, a sub-caste from within the SCs, joined the anti-Ambedkar Konaseema district protests.

SCs make up 35% of the district’s population, followed by Kapus and Settibalija, a sub-caste under OBCs, who account for 30% each. The three major communities hold sway over the economy and politics of the region.

In the 2019 elections, SCs with Malas as a predominant sub-caste, OBCs including Settibalija, fishermen, and considerable sections from the Kapu community voted for Jagan’s party by setting aside their traditional caste rivalries. The Kapus and Settibalijas have now demonstrated unusual unity to express their dissent to the renaming of the district.

Opening a can of worms

In fact, the renaming has opened a can of caste worms. Each caste group came out with its own demand — naming the district after their caste icons.

Brahmins urged the government to consider naming the district in memory of their caste icon Dokka Seethamma. Born in Mandapeta, Seethamma gained recognition even from the British rulers by spending much of her life feeding the poor. It is said that King Edward VII invited her to the celebration of his anniversary. However, Seethamma declined the invitation, saying she did not want publicity.

Some sections from the Dalit community wanted the district named after GMC Balayogi, who served as the Speaker of the 12th Lok Sabha. Since Balayogi, a son of the soil from Konaseema area, was associated with the TDP, the plea would not be entertained by the rival YSR Congress government.

The status of Dalits in Konaseema offers a unique case with no parallels elsewhere in Andhra Pradesh. The mass of cultivable land under their control is negligible when compared with that of the OBCs and the other upper caste groups in Konaseema. Yet, they manage to make a living by raising coconut plantations, agriculture and horticulture crops in their lands without depending much on their big land-owning peers from other communities.

The Dalits began to assert their identity by drawing inspiration from Dr Ambedkar, who visited the Godavari region at least twice during pre-Independence days, Kathi Padma Rao, who led a Dalit movement against the massacre of his fellow caste-men at Karamchedu (Prakasam district) in the mid-1980s, told The Federal. They wear their admiration for Ambedkar on their sleeves. No less than a dozen statues of the leader are seen dotting Dalit neighbourhoods in Konaseema and the surrounding areas in the Godavari basin villages.

The early 1980s saw a big turnaround in the economic conditions of Dalits in Konaseema when a large number of youths migrated to Gulf countries. On return, most of the Dalits purchased lands from Kapus, obtained education, employment and even political power.

The rise in status of Dalits came to the fore with the reinduction of Viswarup in Jagan’s Cabinet with the plum portfolio of transport; a section of wealthy fellow-caste men in his hometown are reported to have showered currency notes on him in celebration.

According to Padma Rao, Dalits have travelled a long way since the massacres of Karamchedu, Tsudur, Padirikuppam and Neerukonda reported in the mid-1980s and 1990s. The Kammas and Reddys began to lose control over land and villages after their migration to urban spaces and diversification into alternative economic activities. The Dalits during the period made considerable strides in literacy and employment, Padma Rao said.

Earlier, districts were named after Prakasam Panthulu (Brahmin), Potti Sriramulu (Vysya), YS Rajasekhar Reddy (Reddy), and NT Rama Rao (Kamma). When Dalits have no objection to such naming, why would non-Dalits object to just one district being named after Ambedkar, Padma Rao asked.

Trap laid out for Jagan?

Bandaru Ramamohan Rao, a lecturer with the Konaseema Bhanoji Ramars College, said Jagan simply walked into his rival Chandrababu Naidu’s trap. When the government announced the formation of new districts, it was just ‘Konaseema district’ with no prefix or suffix. Naidu, during his visit to Mummidivaram, promised to make it Ambedkar district if his party was voted to power in the next election.

Playing catch-up, Jagan, after his visit to the place around the same time, set in motion the renaming of the district in memory of Ambedkar. In an attempt to please the Dalit vote bank, Jagan alienated himself from the other communities, Ramamohan Rao said.

The numerically equally strong Kapus and Settibalijas were deeply offended with the invoking of Ambedkar in renaming Konaseema district, turned against the YSR Congress government, he added.

Note: This news piece was originally published in thefederal.com and used purely for non-profit/non-commercial purposes exclusively for Human Rights. 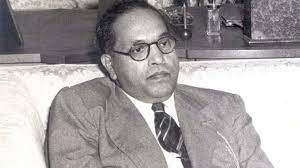 The legacy of Ambedkar is our quest for harmony 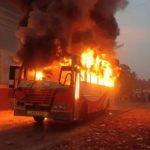