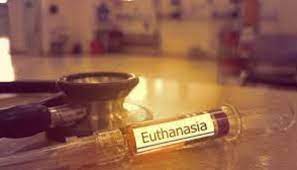 A family in the Aligarh district of Uttar Pradesh has urged the state chief minister Yogi Adityanath to allow them euthanasia after 6 months of alleged harassment by the miscreants in their locality. Rajkumari Sharma, a resident of the village Barautha in Harduaganj of the Aligarh district in Uttar Pradesh wrote a letter to chief minister Yogi Adityanath on 22nd July 2022.

In her letter, Rajkumari Sharma wrote that on 24th February 2022, a local influential family from the Dalit community kidnapped her 21-years-old younger son Mukesh (mentioned as Nikhil in the FIR) and kept him locked for four months and six days. She said that the kidnappers beat the youth brutally, drugged him, and even made him drink urine in this period of abduction.

On 30th June 2022, they threw him on the highway with his hands tied. According to reports, Mukesh was kidnapped because he and his family objected to the accused family who used to keep their cattle tied on the local road causing great trouble to pedestrians.

The woman complained to the chief minister that she had registered an FIR in the local police station and she had also urged the Senior Superintendent of Police in Aligarh district to help her in this matter, but she did not get any help. She also alleged the accused miscreants of eve-teasing herself and her daughter. She, thus, urged the chief minister to allow the family euthanasia at the residence of the chief minister on the upcoming independence day.

It is notable that Rajkumari Sharma registered an FIR on 11th April 2022 against Omveer, Aman, Sushila, Prem, Puneet, Omvati, Arjun, Suresh, and Bunty; all being members of the same family. In this FIR, she complained that, on 24th February 2022, she along with her family objected to the accused people for keeping their cattle tied by the road in the locality as this caused trouble to everyone passing by.

Enraged at this, the accused then beat her elder son Nikhil. Her other two sons Alok and Prempal were taken to the local police station by the police and the station in charge ensured a compromise between the two parties.

At around 5:30 pm on the same day, the accused people came to the complainant’s house along with wooden sticks, metal rods, and belts and brutally beat the complainant and her children. She also accused the miscreants of molesting her and her daughter Narmada.

Rajkumari Sharma mentioned that she was saved because the people in the neighborhood intervened listening to the screams of the Sharma family. The attackers threatened her that they will kill Nikhil and Nikhil went missing on the same day.

Rajkumari Sharma also complained that the police staff in the Harduaganj police station refused to register her complaint and did not record the injuries she and her family members sustained in this attack. According to her, the police took weeks even to lodge a missing complaint about her abducted son.

Besides, Suresh – one of the accused – kept threatening her and told her that nothing will happen even if she books a complaint against the accused attackers because Suresh himself is a policeman. She has also mentioned that she belongs to a poor Brahmin family while the attackers are from a powerful and influential family that hails from a Dalit community.

Update: After this report was published, Aligarh Police informed on Twitter that the accused in the case have been arrested.

Responding to the OpIndia tweet posting the report, Aligarh Police tweeted that the matter is (one week) old, where the case was registered immediately and arrests were ensured. They further added that legal actions are going on in the matter.

Note: This news is originally published in opindia.com Published for the purpose of sensitivity and awareness towards human rights. 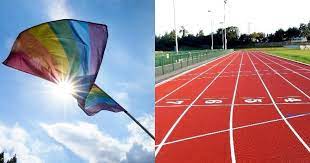 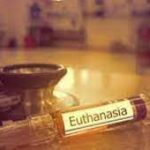