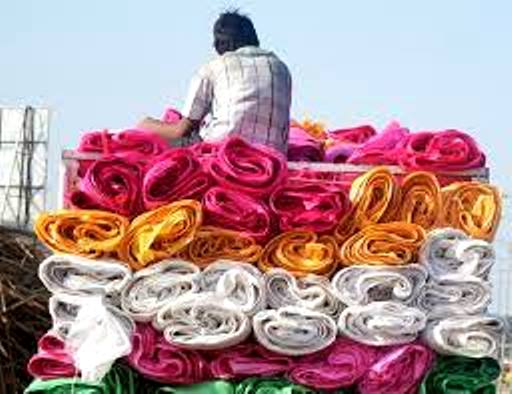 A civil society report based on interviews and focused group discussions with 95 workers – majority of them in the 18-35 age group – employed in large-sized processing factories situated in Narol, a garment and textile industry hub in the south-eastern periphery of Ahmedabad, has said most of the workers (96%) are contractually or casually engaged on verbal terms without any written agreements, with many of them being paid cash daily or on piece-rate.

Carried out by Aajeevika Bureau, the report, titled “Looking beyond fire extinguishers: Surveying fire hazards in the textile hub of Narol”, says, only 17% of the surveyed reported deductions towards provident fund (PF) or Employees’ State Insurance (ESI) scheme. Pointing out that 71% of the workers were found to be employed in the same premises for at least over, the survey says, of these,83% were without social security cover, and in many cases even lacked adequate shelter or access to basic facilities at their workplace.

The report has been prepared to highlight the working conditions in the Narol industrial units against the backdrop of a a catastrophic fire outbreak which took place on February 8, 2020 during the operational hours of the factory of Nandan Denim Limited, which took lasted for 22 hours, as a result of which seven workers died of burns and asphyxiation. A major factor was lack of fire extinguishing facility in the cramped textile unit.

Stating that 98% of the workers reported working in 12-hours shifts, with no overtime compensation and often unpredictable timings, the report, released in Ahmedabad, says, “All of the participants complained of unbearable heat at their workplace, in spite of fans and exhaust fans in 88% and 50% cases, respectively.”

Pointing out that 96% of the workers reported unchecked presence of fabric dust and fumes, and 97% cited regular contact with harsh chemicals that causes, inter alia, burns and irritation to skin, eyes, nose and throat, the report says, these working conditions are indicative of contraventions of that legal requiring “effective measures to prevent inhalation of impurities as well as provision of adequate ventilation and temperature regulation in every workroom.”

Noting that 88% of the workers also reported having to work alongside high-noise producing machines, the report says, “Exposed live wires were reported by 71% of the workers, and careless maintenance of other electrical apparatuses was also reported to be common sight. 97% confirmed combustible and flammable material such as fabric dust, hazardous chemicals and cloth material to be present at their workplace.”

Stating that work premises were mentioned to be equipped with fire extinguishers by 74% of the workers, the report says, “Out of these, 47% reported that the extinguishers were not routinely serviced and tested. Fire hydrants that supply water for fire fighting, and automatic sprinklers were cited to be absent in all but one of the workplaces.”

According to the report, “In case of fire exits, 44% of the workers reported a lack of unimpeded and continuous means of escape, with routine cramping of lorries, cloth rolls, packed material and chemical containers in passages and in front of exits.”

It adds, “Regular obstruction of the passages and means of escape due to the day-to-day operational requirements, such as lorries loaded with raw materials, haphazard stocking and piling of finished materials, was cited to be prevalent by 82% and 93% of the workers, respectively. Similarly, chemical container drums were reported to be found lying around machines, corridors and doors by 88%.”

The report says, “82% of the workers estimated that due to these hindrances, it would take them between 30-60 minutes to escape from their work-station to outside of the factory premises in case of an emergency. This is also likely because 62.5% of the workers stated that they could avail of only two exits, often disproportionately shared between at least 250 workers.”

The report asserts, “Enquiry on occupational practices that create fire hazards revealed absence of even basic workplace safety at the factory premises, as processing work involves use of acids, alkalies and other hazardous chemicals, and generation of fabric dust”, adding, “94% and 96% of the workers reported no prior training or information on occupational hazards present in their work.”

The report regrets, “64% of the workers were unwilling to raise safety concerns with their superiors, for fear of retribution by their employers that could look like arbitrary termination from work, verbal abuse, intimidation, threats to life and limb.” This, it believes, is because of “the informal nature of the employment precludes them from negotiating better work conditions with their thekedaar (contractor), who is often the sole reliable safety net in the urban work destination.”

The findings of the survey reveal that employers abstain from engaging in routine hazards faced by workers and are more concerned with maximising profit margins through manipulating maximum labour. “This takes the form of irregular 12-hour shifts (reported by 98% of the workers), erratic daily targets (84%), on-site living and cooking (18%), lack of unambiguous information on hazards (94%), no prior training (96%) and exposure to harsh chemicals (97%) and fabric dust (96%)”, the report underlines.

Note: This news piece was originally published in counterview.net and use purely for non-profit/non-commercial purposes exclusively for Human Rights objectives. 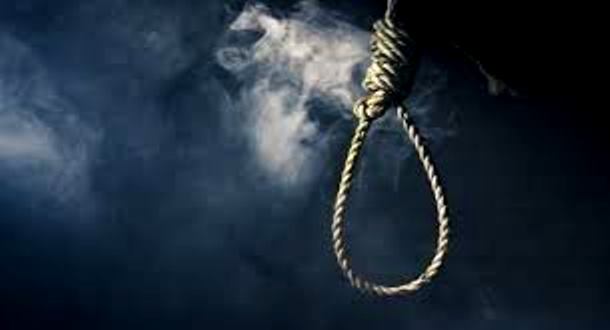 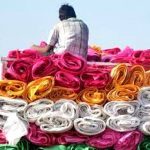