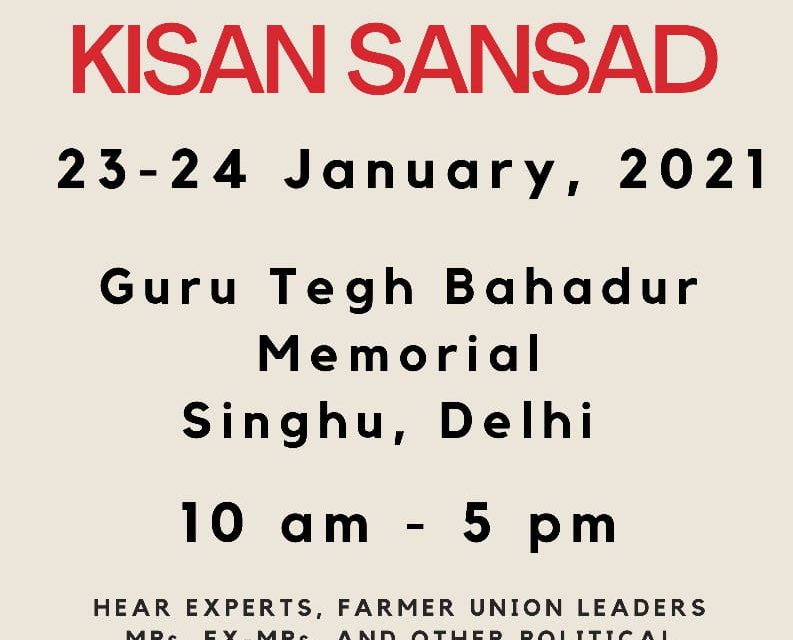 Various people’s organisations and farmer experts called for a ‘kisan sansad’ near the Singhu border over the weekend, after the central government cancelled the Parliamentary session.

A group of people’s organisations called for a Kisan Sansad on January 23 and 24, 2021, at the Guru Tegh Bahadur Memorial near Singhu border, in light of the cancellation of the Winter Session of the Parliament.

“The sansad will be live streamed and we expect this to be well covered by the media. We therefore invite you to participate in this historic sansad. Your participation would be registered in history,” said advocate Prashant Bhushan on January 22 in the invitation letter.

Bhushan invited sitting and former MPs as well as some political leaders, agricultural experts and farmer leaders to discuss the three farm laws, the issue of legalisation of Minimum Support Price (MSP,) government repression of the farmers’ protest and other major problems of farmers for session that will go on from 10 AM to 5 PM.

Members said that they felt a need for such a session considering the historic and unprecedented farmers’ movement taking place across the country. They condemned the attempts to crush the struggle by using tactics like barring entry into Delhi, defaming farmers as Khalistani terrorists and allegedly using the court to weaken the movement.

Earlier, farmer leaders rejected the central government’s proposal of suspending the laws for 18 months demanding a complete repeal of the Farmers (Empowerment and Protection) Agreement on Price Assurance & Farm Services Act, the Farmer’s Produce Trade and Commerce (Promotion and Facilitation) Act and the Essential Commodities (Amendment) Act. The farmers’ session will take place says before the Kisan Parade on January 26 Republic Day. 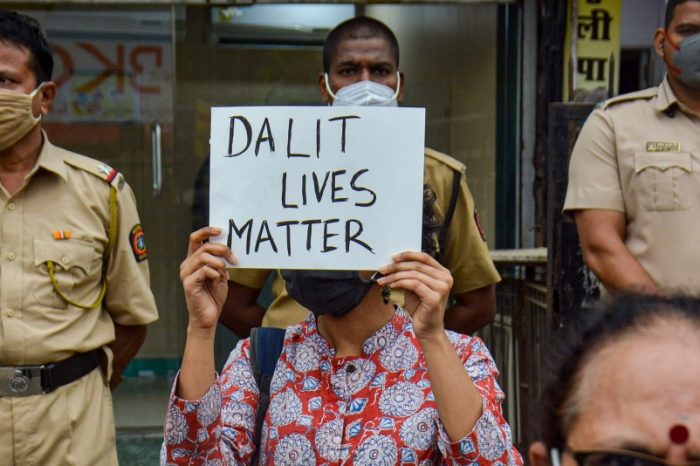 Can Local Forms of Oppression Spread Their Wings Across the Globe? 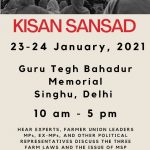