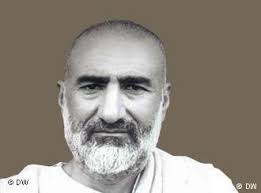 Popularly known as Frontier Gandhi, Badshah Khan, Bacha Khan and Fakhr-e-Afghan, his indomitable political spirit has found a place in all of his names.

Buried under the historical violence of Pakistan’s tribal belt is a sliver of peace—and it is because of Khan Abdul Ghaffar Khan, a lifelong pacifist who mobilised Pathans against British colonialists in India. Popularly known as ‘Frontier Gandhi’, Badshah Khan, Bacha Khan and Fakhr-e-Afghan, his indomitable political spirit has found a place in all of his names, a reminder of peace, secularism and unity even 35 years after his death in January 1988.

Born into a wealthy Sunni Pashtun family in Pakistan’s Utmanzai in 1890, Khan hailed from the landowning Mohammadzai clan. He devoted his life and resources to upending poverty and promoting education and Hindu-Muslim harmony. But his biggest contribution to the Indian subcontinent, perhaps, came with the ‘Khudai Khidmatgar’, or Servants of God, movement in 1929—the beginning of mass mobilisation against an exploitative British Raj.

Khan’s innate ability to unite the masses non-violently turned him into a ‘powerhouse Muslim leader’ from the erstwhile North West Frontier Province (NWFP). Crackdowns, custodial violence and imprisonment only hardened his anti-colonial stance, laying the foundations for a spiritual resilience which is talked about to this day.

“It is my inmost conviction that Islam is amal, yakeen, muhabat – selfless service, faith, and love,” Khan had said. He had also urged Pathans to “arise and rebuild” their “fallen house.” 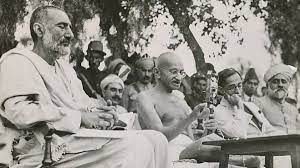 While Khan’s life was fraught with hurdles and clashes with the colonial government, his political fervour refused to die. For instance, in 1921, he was asked to lead the Khilafat Committee in Peshawar as its president. During his tour of the province, he delivered speeches and emphasised the need to eliminate British imperialism in South Asia. He was subsequently jailed and tortured by the British for three years.

“When Abdul Ghaffar came out of jail in 1924, he was frail and worn-out in body, but his spirit was unvanquished. His blue eyes were proud of their suffering, determined and cold. The Pathans looked at Abdul Ghaffar with admiration; they had found their leader, thanks to the British,” writes documentary filmmaker Dinanath Gopal Tendulkar, in his book Abdul Ghaffar Khan: Faith is a Battle.

Khan led the Khudai Khidmatgar movement with the call to lay down arms and use civil resistance to challenge British rule. This massive movement involved 100,000 Pathans who took an oath to join the movement: “Since God needs no service, I promise to serve humanity in the name of God. I promise to refrain from violence and from taking revenge. I promise to forgive those who oppress me or treat me with cruelty. I promise to devote at least two hours a day to social work.”

Within a short time, they established a network in the province, particularly in neglected rural areas.

The leaders of the Khudai Khidmatgar movement put great emphasis on discipline. The volunteers were organised and drilled in a military fashion, given the ranks of generals, colonels, captains, etc. They even wore identical shirts in shades of brown or dark red. This move invited extensive propaganda from the British Indian government, which equated Khidmatgars to the Bolsheviks. But Khan never left his non-violent ideals.

“There is nothing surprising in a Muslim or a Pathan like me subscribing to the creed of non-violence. It is not a new creed,” Khan had once declared, as per his biographer Eknath Easwaran.

Friendship with Gandhi, relationship with Congress

Khan is also often remembered in history for his curious and close friendship with M.K. Gandhi. The link that connected the two has its roots in the 1919 Rowlatt Act. Khan stood up against the Act—which promoted indefinite imprisonment without a trial—and mobilised 50,000 people in Utmanzai to raise their voices in protest.

Scholars have differentiated how Khan and Gandhi approached their respective philosophies of non-violence. In popular discourse, it is often portrayed that Gandhi heavily inspired Khan’s ideals of non-violence. But J.S. Bright, a biographer of Khan, thinks differently.

Bright also said that in Gandhi’s case, his ideals received more publicity and that he should be called “Indian Khan” instead.

In December 1929, Ghaffar Khan and other prominent members of the Khudai Khidmatgar attended the Lahore Session of the Indian National Congress to raise awareness of the volatile situation in the NWFP.

Impressed with the Congress’s support, Khan endorsed the party’s programme of complete independence and non-payment of taxes and revenues.

But when it came to the issue of Partition, Khan felt “betrayed” by the Congress Working Committee. Owing to the violence and realpolitik, most Congress leaders agreed to the Partition plan laid out by British viceroy Louis Mountbatten, with the Congress Working Committee overwhelmingly ratifying it. Only four leaders held out – Gandhi, Khan, Ram Manohar Lohia and Jayaprakash Narayan.

“You have thrown us to the wolves,” Khan said in resentment, according to an article about his death published in Los Angeles Times.

The Pashtuns were only given the choice of going with India or Pakistan; independence was out of the question. Convinced that his participation in the decision-making referendum would lead to violence and bloodshed among Pathans, Khan and the Khudai Khidmatgars left the ball in the Muslim League’s court.

The NWFP eventually voted to join Pakistan, where Khan fought for a better deal for the frontier region and advocated for the province’s autonomy. For this, he spent years in prison.

After 17 years of isolation and imprisonment in Pakistan, Khan went on to live in Kabul in the mid-1970s.

He spent his last years in the Afghan city of Jalalabad, visiting India occasionally for medical treatment, mainly for arthritis. Khan died on 20 January 1988 of complications from a stroke while under house arrest in Peshawar and was laid to rest in Jalalabad. 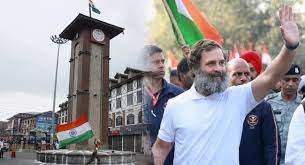 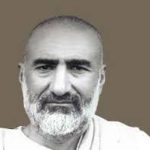