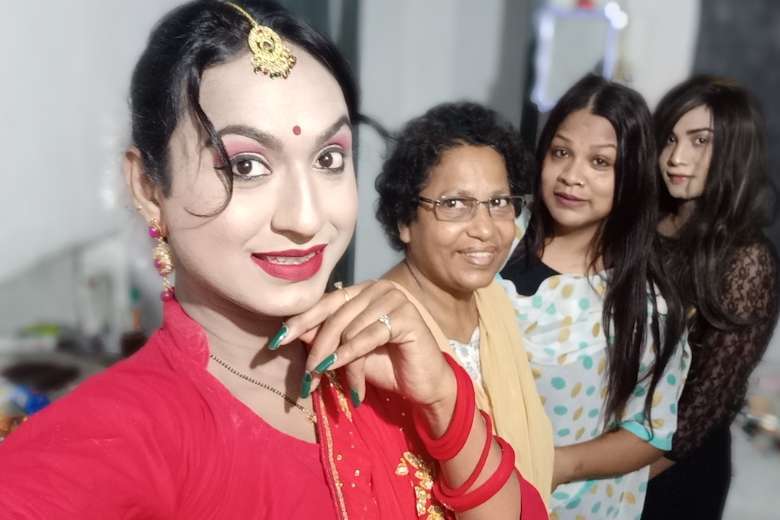 Prema Chowallur was destined to become a teacher like her Catholic parents. She ended up becoming a social worker and a champion of the rights of transgender people, one of India’s most marginalized groups.

A native of Kerala state in southern India, she developed a strong calling to serve the poor and needy as she grew up, prompting her to join the Sisters of the Cross of Chavanod (SCC) in 1977 at the age of 18.

The nun professed her final vows in 1981 and 1988 and pursued higher education. She obtained master’s degrees in commerce and education and became the principal of the renowned ICSE School in Gorakpur district of Uttar Pradesh state.

Sister Chowallur’s life took a U-turn in 2000 when her superior assigned her to a social work center, which she accepted happily.

“My aim was to become a religious and to serve the poor. Though I was totally dedicated to the ministry of education for 15 years, the desire to work for the poorest of the poor and the neglected was very close to my heart,” Sister Chowallur, 62, told UCA News.

Since then, the charismatic nun has traveled and worked with various church-run and development groups across India to support poor communities.

She has worked with Palli Unnayan Samiti (Rural Development Society or PUS) in Baruipur of West Bengal state and Tarumitra (Friends of Trees), an environmental charity based in Patna of Bihar state. She collaborated with the North East Diocesan Social Service Society (NEDSSS) in Guwahati, capital of Assam state, and Purvanchal Pragati Samaj (Eastern Development Society or PPS), both covering northeast India.

Her prolific social work garnered global recognition and in 2005 she was invited to attend a United Nations consultation on sustainable development.

Sister Chowallur went on to become vice-president of the Indian chapter of Talitha Kum, a Vatican-sponsored global network of religious congregations against human trafficking. She is also convener of the North East Forum for Justice and Peace and coordinator of the Crossian Consortium to Reach Out to the Periphery (CCROP) of her congregation.

Sister Chowallur’s life of service expanded in 2015 as she started to tackle human trafficking and the plight of LGBTQ communities.

“In 2016, I saw a lady seated alone in a bus in which I was traveling and I dared to sit next to her where nobody dared to sit. I began to converse with her and she narrated her painful story — how she was thrown out of her family and ended up in a railway slum. This inspired me to work for those who live on the margins or even outside society,” the nun recalled.

The nun started going out on the streets to look for transgender people, mostly from the kinner/hijra (eunuch) community. She passionately listened to their stories of pain, struggles, abuses and discrimination, and she strongly felt she must do something to help them

She started inviting poor transgender people to her convent in the Joypur area of Guwahati for talks and food, which they highly appreciated.

Her religious order, superiors and fellow confreres supported her as she began to tread a path less traveled. The present superior general, Sister Elizabeth Miranda, permitted their province to start a shelter home for transgender people.

The nun befriended Nayaks and Gurus, the community leaders, and won their confidence. She then started visiting members of the community regularly and invited them to attend various programs including those at Christmas and New Year.

This affection melted the transgender community and they started to consider her as one of them. They often call her “Maa” (Mother).

The nun has arranged many social and awareness-building gatherings attended by dignitaries and Catholic officials, increasing interaction as a way to gradually diminish the transgender community’s marginalization. Such meetings triggered a sense of pride and dignity in the community.

My approach is like a double-edged sword. I motivate the transgender community to discipline and refine their lives

She has also brought in psychiatrists and psychologists as many transgender people require counseling to overcome trauma.

“My approach is like a double-edged sword. I motivate the transgender community to discipline and refine their lives, which leads them to transform their lifestyles, though it is a long process,” Sister Chowallur said.

About 60 transgender persons have directly benefited from the nun’s ministry and she is also in touch with more than 400 LGBTQ persons.

For years, Sister Chowallur and her confreres envisioned a shelter home for the transgender community in Guwahati.

Finally, on June 2, the Rainbow Home of Seven Sisters was inaugurated at Christian Basti (slum) in Guwahati with the full endorsement of the Archdiocese of Guwahati. The event was attended by social and church dignitaries amid wishes that the shelter will remain as a ray of hope and sign of God’s love for humanity, especially the transgender community.

Jesuit Father Owen Chourappa, a lawyer and director of the Guwahati-based Legal Cell for Human Rights, blessed the shelter home.

The priest appreciated the nun’s efforts in fulfilling a great desire he had to open a center for transgender people without being able to take it forward.

“I am happy to see the Rainbow Home for the trans community started close to our institute by the Sisters of the Cross,” the priest said.

“Sister Prema will not give up until she accomplishes her objective. Her persistent and inexorable search for a space to shelter the transgender community proved this,” he said, adding it was a very rare kind of service.

“The sisters initiated and made it a reality where the shattered, broken and homeless can find a home,” he added.

Even though there is a job quota in some states like Kerala, transgender people had to leave their jobs due to non-acceptance, threats and humiliation

The nun said they plan to accommodate trans children in good schools, while they are looking for land where trans people can be rehabilitated effectively.

“For now, this center will accommodate both trans adults and children. There will be separate sections for the kinner/hijra community, trans women and children belonging to this third gender,” she said.

South Asian countries including India, Pakistan and Bangladesh have legal recognition and protection including rights to education and employment, yet transgender people are among the most marginalized communities in the region due to extreme social stigma and discrimination.

Sister Chowallur laments that most of the legal protections remain only on paper and are not a reality. Transgender people are not accepted by families and society and are looked down on, teased and treated as objects everywhere.

“Even though there is a job quota in some states like Kerala, transgender people had to leave their jobs due to non-acceptance, threats and humiliation. In India, people believe by and large that they are a curse and shame for the family,” she said.

Now the nun is looking forward to a life of dignity for all trans people.

“We don’t want to see any more trans people being chased away. Rather, we aim to reduce the number of them living in slums and roaming the streets,” she said

“We would like to provide a more socially acceptable way of living with a certain discipline, better moral life and both the soft skills and life skills required for an independent life. This is our first step towards fulfilling a big dream.” 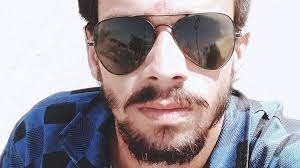 Dalit killed for protesting removal of Ambedkar poster in Rajasthan 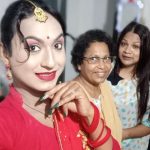