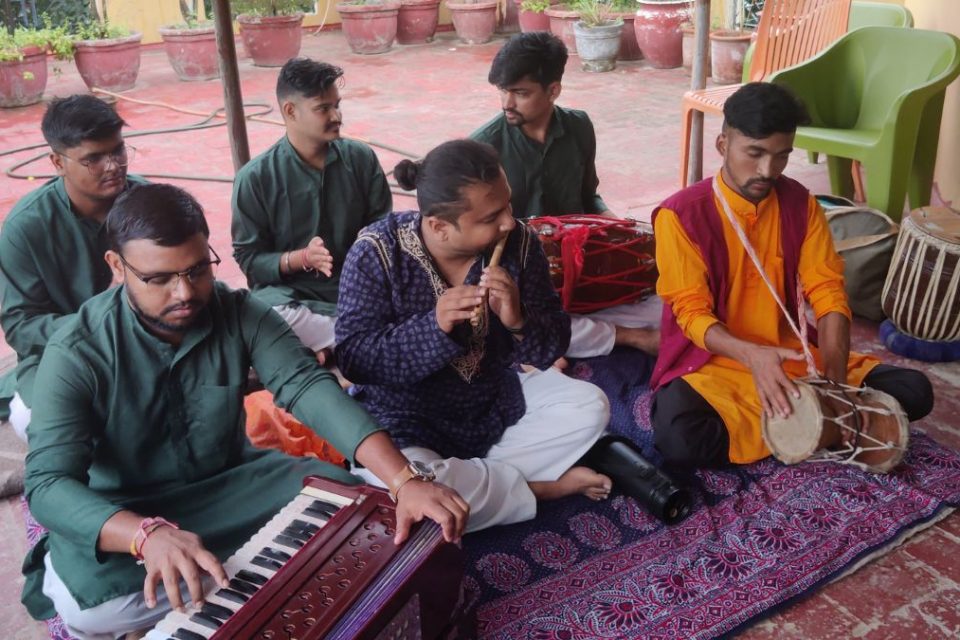 Folk music just wasn’t cutting it anymore for Sarvjeet Tamta, a Nusrat Fateh Ali Khan fan who left home 10 years ago at the age of 16. He hasn’t looked back since.

Ten years ago, a 16-year-old Dalit teen from Kumaon left his home because his father refused to buy him a harmonium for his qawwali career. Folk music just wasn’t cutting it anymore for this Nusrat Fateh Ali Khan fan. Today, Sarvjeet Tamta has a qawwali band of his own called Rehmat-e-Nusrat and is set to perform in Delhi’s Sundar Nursery tomorrow.

The journey that began ever since he first heard Nusrat’s ‘Saanu Ikk Pal Chain Na Aave’ at the age of 15 hasn’t been easy.

Sarvjeet’s father had deep insecurities about his son’s future as a musician. Folk artists weren’t well paid or respected in the society—a situation that hasn’t changed much in the 10 years since—and so he wanted his son to become an engineer. But Sarvjeet had set his mind on music.

A few months after he left home, Sarvjeet found a job of teaching music and painting to kids at a private school in Pant Nagar, 100 km away from his hometown Almora. One day, Sarvjeet was asked to clean the toilets because he was Dalit. He quit and survived without money and by sleeping on roads. A self-taught qawwal, he also landed up at the homes of stalwarts like the Wadali brothers in Punjab and Fakira Khan, the Manganiyar singer in Rajasthan.

“I hadn’t eaten for the whole day,” Sarvjeet recalled meeting the Wadali brothers for the first time. “He (Pooran Chand Wadali, the elder brother) served me with his own hands. He asked me in Punjabi ‘where have you come from? From Nainital? Eat this paneer also’,” Sarvjeet said.

Then the music began. Today, Sarvjeet is a rare qawwal who also writes his own songs, often with a strong social context. But he hasn’t left Kumaoni folk music behind either, and can belt out breezy mountain tunes on his flute.

When I met him on Wednesday, he was rehearsing on a terrace in Gurugram amid light rain showers for his performance on Saturday at Delhi’s Sundar Nursery. His other band ‘HimaliMou’ — a Pahadi folk song group — will also be performing.

Sarvjeet formed Rehmat-e-Nusrat in 2014. “He called me in 2019 and said I sing folk. But when we met, he revealed that he sings qawwali too,” says Ashutosh Sharma, the co-founder of Amarrass Records, a music label which has brought global recognition to The Barmer Boys, a Rajasthani folk music band.

“His qawwali has a rooh (soul) which many lack, and I encouraged him to keep singing folk as well,” Sharma said.

The label of caste

For Sarvajeet, politics and music are intertwined. He loves singing folk, but says that the art form limits him to his Dalit identity.

“I started singing folk but could never return to it in the same way once I understood the baggage associated with it. If I am singing qawwali, I am a respectable singer. But If I sing Kumaoni folk back home, I am back to being a Dalit,” he said.

“In mountains, people from Dalit community used to sing folk and play instruments. There is a percussion instrument called Hudak used in Kumaoni folk. One who plays it is called Hudkiya. But Hudkiya is not a respectable word and is used for Dalits only. People from other castes getting into folk singing are not called Hudkiya,” said Deepak Tiruwa, Sarvjeet’s mentor and writer whose composition the group sings during live performances.

“If the government wants to preserve folk art forms and remove the caste factor from them, then they should make Hudak a subject in universities or colleges,” Sarvjeet said. “Preserving the traditional art form should not be the sole responsibility of a caste group. I love folk as a music form, and I will keep singing it, but don’t expect that only Dalits should preserve it,” he added.

Sharma says that making folk popular is the remedy. “Once the music is popular, we can talk about its issues later. Let more people hear it first, get mesmerised by it. We do not want to present folk music as a dying art form. We just want to present good music and great musicians,” he said.

Jayant, who is the band’s vocalist and harmonium player, has been fuelling his passion for music for the past five years while also preparing for the UPSC exam. “I love studying, and it never becomes a hindrance. It helps me understand the meaning of qawalis and ghazals quickly,” said Jayant who carries Indian Polity by M. Laxmikanth to rehearsals.

Among the others, Abhishek owns a pet shop, Kamlesh sings at jagrans (religious nights), and Deepak is a recent graduate looking for a job. Hudak player Chandra Shekhar is a member only of HimaliMou, and is writing government exams to find a permanent job.

The group made its debut in 2020, and has performed at Jaipur Literature Festival and at multiple locations in Delhi-NCR in the past. They have also virtually played at Sacred Music Seattle, In2Wild Festival UK, Hothouse Chicago, FabIndia, Surajkund Crafts mela and Depot 48 among others.

Next week, they will be performing at Arunachal Pradesh’s Ziro music festival.

But because Sarvjeet’s band comprises marginalised members who juggle work and passion on a daily basis, old ones keep leaving and new ones keep joining.

“The challenge is to keep the band intact. Most of us are from lower middle class families who are also trying to make ends meet. Back home, we don’t get enough money for our concerts so people keep leaving the band. It’s different from a traditional qawwal group where you get work on your family’s name also,” he said.

Rehmat-e-Nusrat is different from other qawwali groups in another aspect — the band members write and perform songs on social issues too. ”(But) we don’t want to suggest that everything is wrong or should be burned down to ashes,” said Deepak. “Our songs make you aware about an issue, but also kindle hope. We are saying that this world is beautiful and worth saving.” 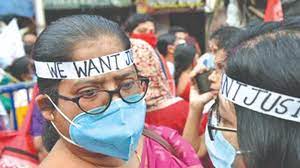 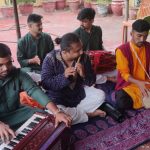