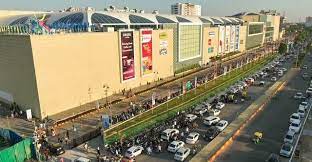 The statement said the mall administration filed an FIR and took appropriate action against those who “maliciously” tried to organise prayers in the public area.

New Delhi: Three days after a huge controversy over a video purportedly showing a group of people offering namaz inside the recently inaugurated Lulu Mall in Lucknow, the mall administration has in a statement said that 80 per cent of its employees are Hindus. The clarification comes after allegations that the mall was biased in its employment policy and gave preferential treatment to Muslims.

The LuLu Group International, the parent company of the mall, is headquartered in Abu Dhabi, United Arab Emirates.

The Lulu Mall Lucknow administration rubbished charges of a Muslim bias, saying it is a completely professional establishment that conducts business without any discrimination.

“Our employees are hired on the basis of skills and merit, and not based on caste, class, or religion,” it said.

It’s saddening that some selfish elements are trying to target our establishment, it said, further clarifying that their employees comprise 80 per cent Hindus, and the rest are Muslims, Christians and from various other communities.

The statement said the mall administration filed an FIR and took appropriate action against those who “maliciously” tried to organise prayers in the public area.

Two people were recently arrested after they entered the Lulu Mall on Saturday and started reciting the Hanuman Chalisa, police said. At least 15 others were detained for creating a ruckus while trying to enter the shopping mall.

This comes after police lodged an FIR under sections 153A (promoting enmity between different groups) and 295A (deliberate act intended to outrage religious feelings) of the Indian Penal Code (IPC) against a group of unidentified people who allegedly offered namaz at the mall recently.

The case was registered on a complaint from the representatives of the mall, who claimed that those seen in the video were not their staff members.

The mall was inaugurated by Uttar Pradesh Chief Minister Yogi Adityanath on July 10. It has been opened by the Abu Dhabi-based Lulu Group, led by Indian-origin billionaire Yussuf Ali M A.

Note: This news piece was originally published in ndtv.com and used purely for non-profit/non-commercial purposes exclusively for Human Rights. 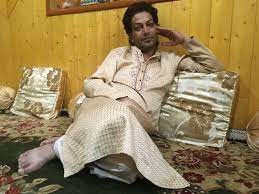 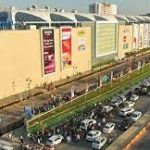