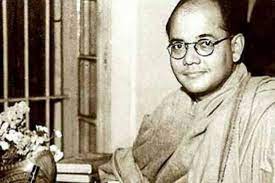 Attempts by researchers on Bose to have the manuscript, compiled by a team of historians led by Late Prof Pratul Chandra Gupta, released to the public remains stonewalled despite an assurance by the central government to the Delhi High Court that it would publish it by July-end 2011.

As the nation pays homage to Subhas Chandra Bose, one more of the mysteries surrounding the legendary freedom fighter’s after-life has emerged – a book written for the Defence Ministry in 1949-50 on the ‘History of the INA’ – which remains shrouded in secrecy till date.

Attempts by researchers on Bose to have the manuscript, compiled by a team of historians led by Late Prof Pratul Chandra Gupta, released to the public remains stonewalled despite an assurance by the central government to the Delhi High Court that it would publish it by July-end 2011.

The assurance was given after a case was filed seeking its release.

Deepening the mystery over this tome’s content is a copy of a note purportedly written by an official of the Ministry of External Affairs on the issue of publication and left strangely in the letter box of TMC MP and life-long Netaji researcher Sukhendu Sekhar Ray.

It states that while publication of the manuscript would “not impinge on India’s relationship with any country in the region… what is likely to be more controversial are the pages (186-191) pertaining to the death of Netaji Bose.”

The note shared by Ray with PTI, the authenticity of which could not be ascertained, goes on to state “unfortunately, the current volume does not bring any finality to the subject (of Bose’s death) and only adds to the view that Netaji Subhas Chandra Bose may have escaped alive from the plane crash.”

Eyewitnesses, including his companion, Abid Hasan have testified Bose died on August 18, 1945 in an air crash at Taipei, though this is doubted by some, which include one of the three official commissions of enquiry.

“I wrote pointing out all this to Prime Minister Narendra Modi in January 2021 and pleaded for release of the book. There has been no resolution till date,” said Ray.

He also pointed out that this purported note in conclusion also states “that the MEA may have no objection from the political angle to such publication”.

Prof Gupta, a noted specialist on Maratha history, who was later Vice Chancellor of Viswa Bharati University, Shantiniketan, was commissioned to write about the military history of the INA, of strategies it used in the war against the British army in Burma as an academic tome to be used by defence experts in analysing an important campaign in the eastern theatre of World War 2.

Most members of Netaji’s family, including his daughter Anita Bose Pfaff and grandnephew and eminent historian Sugato Bose, however believe the leader did die in the crash in Taipei in 1945.

They have been demanding that the remains kept in Renkoji temple in Japan after the air crash be brought back and tested for DNA to settle the issue once and for all.

While a DNA test may well settle that part of the controversy, Ray’s assertions on the ‘History of INA’, continue to help turn the story of the hero of India’s freedom struggle into a ‘riddle, wrapped in an enigma’. 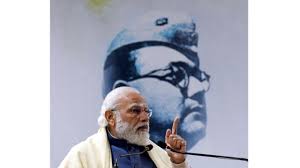 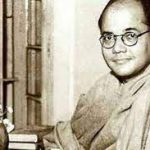