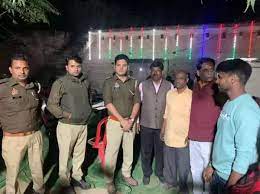 In a rather pleasantly surprising incident, a Dalit man rode a horse for his wedding procession under heavy police protection in Uttar Pradesh’s Sambhal village. The bride Ravina wanted to see her groom ride a horse on her big day and her wish was fulfilled by 44 constables, 14 sub-inspectors, one inspector and a circle officer. Such heavy protection was deemed necessary as restrictions were imposed by the upper caste of Lohamai village in Gunnar area.

The bride’s uncle made a written request to SP, Sambhal Chakresh Mishra who then sent the police force to ensure that the wedding festivities take place without any disturbance and trouble from the upper castes. Moreover, the cops contributed and gifted the couple Rs. 11,000 in cash. The bride’s family was grateful for the support provided for the police. This incident comes as a breath of fresh amidst the constant news of hatred that keeps coming up. Certainly, the fact that such protection was required merely for riding a horse and playing DJ music for the ‘baraat’ which is how a usual wedding procession takes place in many parts of the country, is unfortunate and disheartening. The imposition of such a restriction by the upper castes is itself a depiction of hatred and what the cops did was a show of support from the State and a demonstration of how the State can safeguard the rights of such communities when need arises.

Interestingly, this year has seen other similar incidents where cops have stepped up to protect Dalit families. In January, nearly 100 cops stood guard as a Dalit groom rode a horse in Sarsi village of Madhya Pradesh’s Neemuch district. In another instance in the same state, a constable in Chhattarpur district who was to get married on February 9 was stopped from riding the horse by upper caste men and they even stopped the wedding band chased the DJ away.

In Rajasthan’s Chadi village, Bundi district, Shriram Meghwal married his bride, in January this year, as he rode on a horse for the wedding procession. All this, under the initiative of the Bundi police and district administration under ‘Operation Samanta’ (Operation Equality). Meghwal said he was the first dalit in the village to ride a mare at a wedding. Another wedding that took place under this initiative was of one Manoj Bairwa in Neem ka Kheda village when he rode a mare and this happened more than three decades after Bairwa’s uncle was thrashed in the same village by upper caste men as he belonged to the Scheduled Caste community and dared to ride a horse on his wedding day, reported New Indian Express.

Even an IPS officer was not spared from the vicious caste prejudice as he was about to be married in February this year. He hailed from Bhagatpura Jaisinghpura village under Bhabru police station in Jaipur, Rajasthan and IPS officer Sunil Kumar Dhanwanta rode the horse amid heavy police protection keeping view several incidents in the past where Dalit grooms were targeted for riding a horse, reported Times Now.

Such an initiative is a welcome move, and more and more districts need to adopt the same to avoid incidents of violence resulting from upper castes preventing Dalits from leading normal lives. As such attacks are invariably reported from various parts of the country, districts in northern states which have had a history of such incidents need to introspect and take such initiatives in public interest and in the interest of social harmony as also to safeguard rights of the Dalit community.

IN January, a Dalit groom on horseback was attacked by upper castes in Madhya Pradesh’s Ganiyari, a village dominated by upper caste Lodhi Thakur community. The following month, the house of a Dalit was attacked by members of Gujjar community in Kachnariya village in Madhya Pradesh’s Rajgarh district after he announced that he will take out his marriage procession riding a horse and have a DJ play at hi wedding, reported Indian Express. 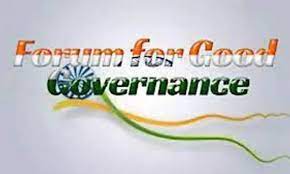 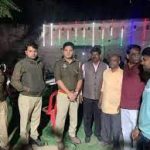