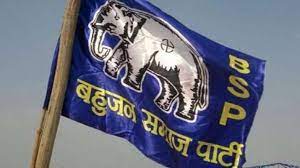 Taking a swipe at the rival parties, SC Misra said the BJP and the Samajwadi Party were yet to finalise their candidates at the two parties lacked confidence in their leaders.

Lucknow: The Bahujan Samaj Party (BSP) has already decided at least 300 of its total 403 candidates for Uttar Pradesh. Of these, 90 are Dalits, party general secretary SC Misra said on Thursday.

Taking a swipe at the rival parties, he said the BJP and the Samajwadi Party were yet to finalise their candidates at the two parties lacked confidence in their leaders.

“Of the 300 names finalised so far, 90 are Dalits and their number will rise as candidates for the rest of the seats are decided,” Mr Misra told PTI.

When asked about Brahmin and Muslim candidates, he said, “You will know when the list is formally declared after Mayawati’s birthday on January 15.” Another party leader said Brahmins and Muslims have been given a good representation.

Mayawati has already announced that the BSP was seeking to go with its 2007 winning formula encompassing Dalits and Brahmins in the February-March polls. The party also commands a substantial vote share among the Muslim community.

While Dalits constitute over 20 per cent of the population in Uttar Pradesh, Brahmins form 13 per cent  and Muslims approximately 20 per cent.

“While the other parties have not yet decided on their opening batsmen (candidates for first phase polls on February 10), the BSP has chosen 300 candidates and names of some have already been made public,” Mr Misra said.

Talking about the poll preparation, he said he alone has addressed around 96 rallies in all 75 districts of the state. Other leaders of the party have also addressed several public meetings to prepare a solid ground for the party, he pointed out.

Mr Misra, a Rajya Sabha MP, is the ‘Brahmin face’ of the Mayawati-led party and has been extensively touring the state to forge a closer tie-up between Dalits and Brahmins, a social engineering that proved to a success for the BSP and catapulted it to power in 2007.

“Wherever the party leaders are holding rallies, names of the candidates are made known to the people and the nominees are told to get going,” Mr Misra said.

Mayawati and other party leaders have been “deeply studying” every Assembly constituency for the past one year and judging candidates after gathering information about them from the locals, he said.

On Thursday, Mayawati announced two names, that of Sayeed, who crossed over to the BSP from the Congress late on Wednesday and Noman Masood.

Sayeed is the son of former Uttar Pradesh home minister Saiduzzaman, and Masood is the nephew of former union minister Rasheed Masood and brother of SP leader Imran Masood.

Party spokesman MH Khan said booth-wise preparations are being carried out in full swing for six months and that grassroot leaders with “a clean image and no criminal record” are made in-charges of their respective constituencies.

“Had the SP or the BJP posed confidence in their own party leaders, they would have announced their lists and not waited for turncoats before making the names of their candidates public,” Mr Khan said.

He said though there is a rush of ticket seekers, the BSP has decided to “discourage turncoats” who keep changing their loyalty every election.

The Election Commission has announced elections in the politically crucial state in seven phases starting February 10.

Votes will be counted on March 10, along with those of Punjab, Uttarakhand, Goa and Manipur polls. 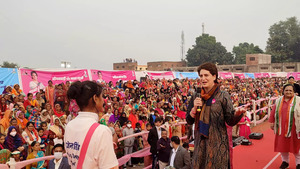 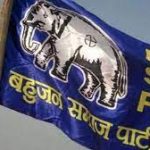