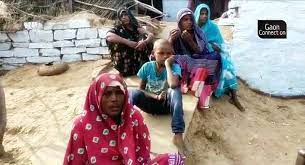 The deaths of three children in Rampur Dhabhi village of Mirzapur in Uttar Pradesh has perplexed the villagers. These kids reported similar symptoms of high fever, seizures and frothing from the mouth. There is no final word on these deaths but health officials suspect neurocysticercosis. What is this disease and how does it spread? Details here.

On November 6, three children — Kajal (7), Ansh (6), and Anchal (5) – went for their free tuition classes, about half a kilometer from their house in Rampur Dhabhi village in Mirzapur. Soon after reaching the centre, the three kids – two siblings and their cousin – experienced chills and breathlessness.

Their failing health prompted their teacher to inform the parents, following which Kallu Sonkar, father of Anchal and Kajal, reached the school within minutes.

“I brought the three kids back home on my bike. They were all in a terrible condition and it seemed like they had lost control of their bodies. They were making haphazard movements and white froth was secreting from their mouths,” Sonkar, a Dalit who belongs to the schedule caste, told Gaon Connection.

Despite rushing the kids to a doctor, all three died within a period of three days. And these three deaths have shocked the entire village. Incidentally, on June 10 this year, three-year-old girl Anshu, the youngest child in the Sonkar family, had died of similar symptoms.

The mysterious deaths of these children in Rampur Dhabhi village, about 300 kilometres from the state capital Lucknow, have alarmed the district administration in Mirzapur. Under the instructions of PD Gupta, the chief medical officer (CMO), a health team conducted a health check up of other children in the village to test if they had any signs of infection. 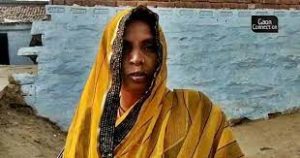 “The three children who have died showed symptoms that are common in a disease called neurocysticercosis. It is a disease which is caused by tapeworm infestation which is common in areas where pig-rearing is prevalent,” Gupta told Gaon Connection. “The reports of other children in the village do not indicate that they are infected with any disease,” he added.

Meanwhile, of the three dead kids, diagnostic tests of two children, Kajal (7) and Ansh (6), were not undertaken, but the third child Anchal (5) was tested for Widal test whose results came back positive. Widal test is used to detect the presence of infection in the body.

Residents of Rampur Dhabhi village are gripped with fear due to these mysterious deaths of kids. The children died of identical symptoms — shivering, cold, high fever, seizures and secretion of white froth from the mouth.

Health officials clueless about the cause of deaths

Whereas there is no final word on what killed Kajal (7), Ansh (6), and Anchal (5), theories abound. The Mirzapur CMO informed Gaon Connection that since an autopsy or a CT-scan could not be conducted on the three children, “it is difficult to ascertain the exact cause of death”.

“Exact cause is difficult to pinpoint. As a preventive measure, we have tested other children in the neighbourhood and their reports are normal,” Gupta told Gaon Connection. The three children who died could have suffered some hereditary disease as well, the CMO added.

Meanwhile, the incharge of the regional community health centre at Rajgarh, DK Singh told Gaon Connection that the three children manifested symptoms of epilepsy and had a violent episode of seizure.

“Whenever people experience seizures, it is important to keep them in a safe upright position otherwise the secretions coming out of the mouth can choke the patient. The villagers are not aware about these things and it could have contributed to the children’s deaths,” he told Gaon Connection.

Unsanitary conditions in the village

When Gaon Connection visited the Rampur Dhabhi village, the locality around Sonkar’s house was found to rear pigs. The CMO Gupta had hinted at neurocysticercosis being the cause of death of these children. 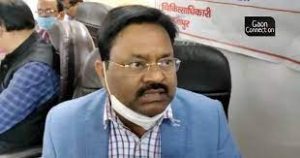 The CMO Gupta had hinted at neurocysticercosis being the cause of death of these children.

According to the United States’ Centers for Disease Control and Prevention (CDC), a person gets neurocysticercosis by swallowing microscopic eggs passed in the faeces of a person who is infested with an intestinal pork tapeworm.

“For example, a person eats undercooked, infected pork and gets a tapeworm infection in the intestines. She passes tapeworm eggs in her feces. If she doesn’t wash her hands properly after using the bathroom, she may contaminate food or surfaces with feces containing these eggs,” the CDC statement on its official website mentioned.

“These eggs may be swallowed by another person if they eat contaminated food. Once inside the body, the eggs hatch and become larvae that find their way to the brain. These larvae cause neurocysticercosis,” it added.

When asked about whether the household consumes pork, Rakesh Sonkar, Ansh’s father, denied.

“We never eat pork, although some of our relatives in the village who rear pigs might be eating it. Our kids also never ate pork,” he told Gaon Connection.

A villager told Gaon Connection on the condition of anonymity that open defecation is widely practiced in the village and the kids often defecate in the open without wearing any footwear.

On November 6, when the three kids suddenly fell sick, the family members took the children to a jholachhaap doctor (unregistered medicine practitioner in rural area) in Ahraura, which is situated 15 kilometres away from their village. His treatment provided no respite.

The failure of the ‘doctor’ in curing the children urged the family members to turn their attention towards the local quack who tried to ward off the evil spirits from the children. Seven-year-old Kajal breathed her last while receiving the quack’s treatment the same day on November 6.

Ansh, the six-year-old boy, died the following day on November 7. The elders then decided to take five-year-old Anchal to a private nursing home situated 57 kilometres away in the neighbouring Sonbhadra district. None of these children were taken to any government hospital in Mirzapur.

Kallu Sonkar provided the test reports of Anchal to Gaon Connection which showed that the doctors suggested a blood test along with the Widal test. The test (used for detecting typhoid) came out positive while the blood test showed high levels of urea and white blood cells.

But soon after, the doctors at the hospital told the family that they cannot help in stabilising the condition of the child and Anchal died soon after on November 9.

Note: This news piece was originally published in the gaonconnection.com and use purely for non-profit/non-commercial purposes exclusively for Human Rights objectives 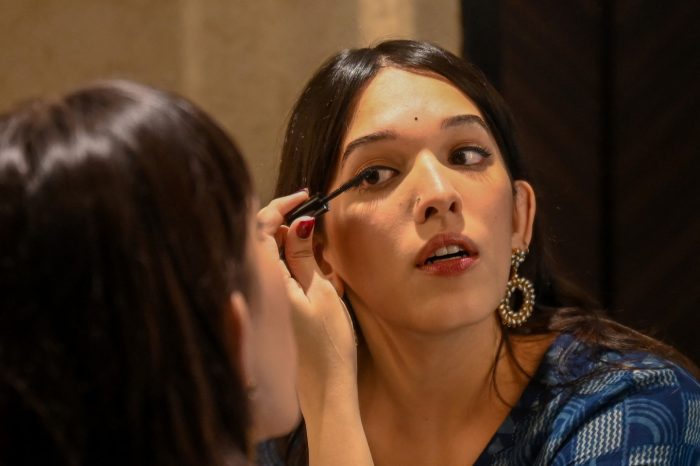 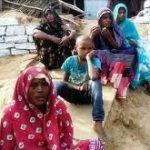