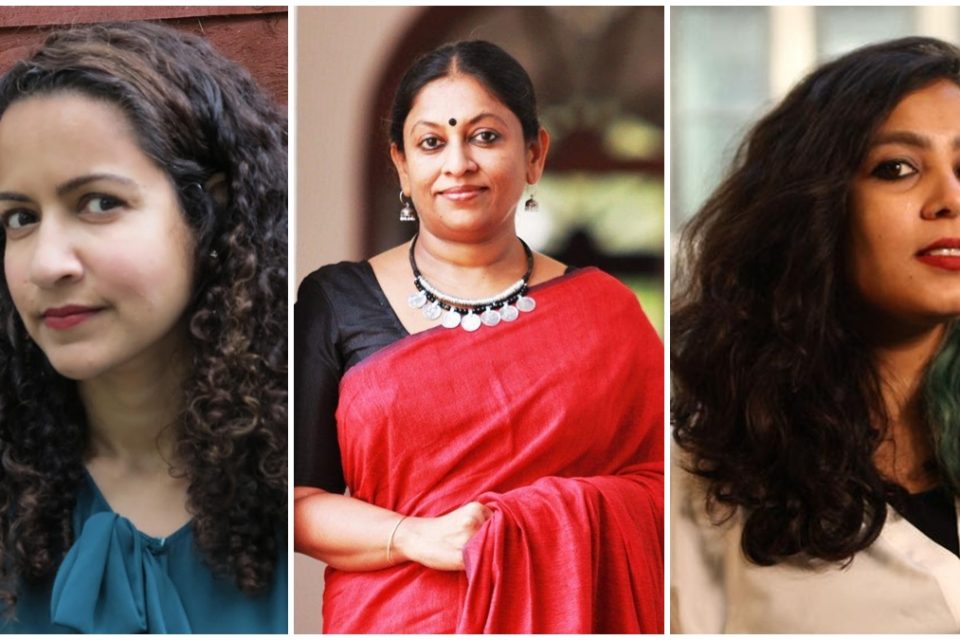 While it can be argued that all writing requires reflection and creation, the themes of reclamation and resistance can seldom be separated from the work of women authors because of the socio-political context of the world in which they are conceived and created. This stands particularly true for the brilliant books that came out in 2020, a year which saw the pandemic exacerbating gender inequality and thus revealing the need for even more diverse and necessary voices coming to the forefront.

What it also revealed, with increasing urgency, was the need for these voices to represent more than one intersection of identity. Whether it is the fantastical world of young-adult fiction or the stiff corridors of academia, there is not a single genre that cannot benefit from the uniqueness and candour brought forth by diverse representation.

The themes of reclamation and resistance can seldom be separated from the work of women authors because of the socio-political context of the world in which they are conceived and created. This stands particularly true for the brilliant books that came out in 2020,a year which saw the pandemic exacerbating gender inequality.

The following list is therefore not comprehensive but aims to highlight some of the prolific authors who have created waves of change with their literary excellence recently, and therefore, warrant great promise in their ongoing or upcoming work.

A narrative non-fiction author, Sonia Faleiro’s previous work includes critically acclaimed books like Beautiful Thing which was featured as the Book of the Year by multiple esteemed outlets like the Guardian, San Francisco Chronicle, and Economist. Her journalistic approach to underreported issues and stories has led her to being the recipient of multiple literary and social justice awards like the Karmaveer Puraskaar for Social Justice. Faleiro’s much-awaited book, The Good Girls, which is an inquest into the 2014 hanging of two teenage Dalit girls in a village of Uttar Pradesh, is set to release this year.

When asked by The Inc. Blot as to what advice she has for budding writers, Faleiro stressed on the importance of research. “It’s also important to keep reminding yourself of your job as a reporter and writer, and to remain clear eyed and objective. There’s place for sentimentality in life but not necessarily in non-fiction.”

Journalist and writer Yashica Dutt has reported from more than five countries, but it was an incident that happened right at home that led to her 2020 book Coming Out as a Dalit. Following the tragic death of Rohith Vemula in 2016, she wrote a Facebook post titled ‘Today I’m coming out as a Dalit’, which focused equal parts on the fear of being found out, and the pride that she wished to assert from her decision to talk about her identity. It was this decision that led to her penning down the memoir.

Speaking to The Guardian about the need for a discourse on caste-discrimination in India, she said, “Instead of acknowledging discrimination, upper caste Indians, instead of taking responsibility, have deluded themselves into thinking they are already living in a ‘post-caste’ society.”

Civil Servant and writer Daribha Lyndem’s debut book Name, Place, Animal, Thing created waves in 2020 for its original and unapologetic interpretation of the bildungsroman theme in literature. Coming-of-age stories have historically been dominated by male authors writing about male protagonists. Lyndem’s narrative about a girl whose perspective on identities and all that they represent evolves as she grows is, therefore, a breath of fresh air. It is not just the plot, however, that has established Lyndem as a writer to look out for, but also the narrative voice that brilliantly transforms as her character does.

Talking to the Assam Tribune about the influence of the city Shillong in her work she explained, “the book attests to how much growing up there had influenced my writing, I am unable to extricate it from my identity…Growing up there, is the only thing I know…does a fish know the colour of water?”

An author, social activist, and academic thinker, Ruth Vanita has written multiple books on gender and sexuality since the 1990s. Her socially impactful books include Gender, Sex, and the City, Same Sex Love in India, and Love’s Rite. While Vanita has been a transformative academic and writer when it comes to research on queer issues, the world got to witness her prowess in the art of fiction with the release of her book A Memory of Light in 2020. Set against the historical background of the 18th century, the book traces the love story of two women in the era of Nawabs and Mughals.

Commenting on the long tradition of poetry celebrating love in all forms, Vanita told Gaysi Family, “I had read a lot of Urdu poetry and prose from this time for my 2012 book Gender, Sex and the City… There are also descriptions both in verse and prose of rituals that women performed to form female couples, and one such ritual is described as two women marrying each other. There are many words for same-sex lovers, as well as for the relations between them.”

Author Megha Majumdar’s debut book A Burning, which came out in 2020, made the literary world immediately take notice of and praise not only her writing style, but also the seamlessness with which she combined political and philosophical commentary with a fast-paced plot. The book made it to New York Times’ Bestseller list in no time, and the intermingling lives of characters who seek upward mobility above all else made for a thriller that kept readers all over the world on the edge of their seats. While her protagonist dealt with the repercussions of posting about a terror attack on Facebook, the book highlighted questions of religion, class, and justice.

On defining resistance and resolutions in her work, she told Scroll.in, “My view was that these characters resist and push back..They refuse to accept the burdens that this society wants to place on them; they pursue a better life, and that joyful and determined chase is a form of resistance.”

Nevertheless, in addition to acclaim, Megha’s book also received flak, as seen in this detailed review by Irfan Ahmad, a political anthropologist and scholar, for depicting the Muslims as terrorists and not as terrorised, especially in the Indian socio-political context and also how, the writing comes from an outsider’s POV in the way it lacks the cultural experience of being touted a terrorist because one is a Muslim.

Writer, photographer, and activist Samra Habib has focused on the interactions between her identity as a Muslim and as a queer woman since even before the inception of her universally applauded photography project Just Me and Allah. Her memoir, We Have Always Been Here, in which she draws from personal experiences to talk about the invisibility of women like her, won the 2020 Lambda Award for Lesbian Memoir of Biography.

Describing the role that intersectionality plays in her life, she told Brown Girl Magazine, “Being an immigrant who is queer and Muslim shapes who I am and it’s important for me to acknowledge those identities in order to understand how I process everything I come into contact with. They are the lens through which I see the world and navigate life.”

India-born medical doctor, journalist, and writer Dr. Seema Yasmin won the 2020 Best Book Award for Women’s issues for her 2020 book Muslim Women are Everything. Focused on shattering stereotypes propagated by the one-dimensional portrayal of Muslim women in media, the book uses a narrative structure to highlight the profiles of forty Muslim women who are everything from goth-punks to brand-ambassadors. Accompanied by coloured illustrations of these go-getters done by Fahmida Azim, the book acts as an eye-opener and an inspiration for people of all ages.

Talking to the New York Times about the necessity of multiple representations of what it means to be a Muslim woman, Dr. Yasmin commented, “When you have a dominant culture that is male and white, it allows very little space for the rest of us to be our full selves…There are some Muslim women in this book who would probably disagree with the views of some of the other Muslim women in this book. And that’s great. We need to have that disagreement.

Fiction writer Sabaa Tahir has been dominating the young-adult literary space since 2015 when she came out with the New York Times bestseller An Ember in The Ashes. 2020 saw Tahir’s fans rejoicing as she added a fourth book to her fantasy series. While A Sky Beyond the Storm released in December, two previous books from the author’s series were also featured in TIME Magazine‘s 100 Best Fantasy Books of All Time in 2020.

Explaining her inspirations behind the narratives she creates, she told Bookstr, “One, I grew up in a small town and never really fit in. I turned to fantasy books that could carry me away. Secondly, I worked at the Washington Post as an editor, and I felt like I was reading all of these stories about these terrible things that were happening in the world. After that, I just wanted to kind of write a response to all of that.”

Founder of the feminist platform The Ladies Finger, Nisha Susan has been a changemaker through her columns and opinion pieces since a long time. 2020 saw her extending her wit and fierceness to the world of fiction with her debut collection of short stories titled The Women Who Forgot to Invent Facebook. What particularly made the book stand out is the feminist perspective and navigation of technology that is omnipresent in our times.

Emphasising on the importance of writing about female friendships in an interview to The Firstpost, she said, “I think the truth that women know is that among ourselves we spend much less time thinking about men that literary fiction written by men would indicate…Without these relationships, our emotional and intellectual landscapes would be barren.”

Journalist and author K.R. Meera not only added the V.V.K. Award to her long list of accolades in 2020, but also received critical appreciation for her latest book, Qabar, which became a bestseller within weeks of coming out. Surreal metaphors combined with social commentary trace the journey of Qabar’s protagonist, Bhavna, which begins in a courtroom but takes the narrative beyond the mundanity and prescriptiveness of the law. Written in Malayalam, the book is further proof of the excellence of this literary maestro.

Surreal metaphors combined with social commentary trace the journey of Qabar’s protagonist, Bhavna, which begins in a courtroom but takes the narrative beyond the mundanity and prescriptiveness of the law. Written in Malayalam, author KR Meera’s book is further proof of her excellence.

Speaking to Firstpost about her narrative vision she explained, “When you are writing against the patriarchy, you have to destroy the norms and forms of gender that have been thrust on us. That is the political activism that I want to engage in with my books.” 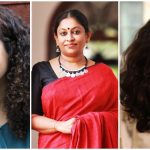